Economic instability has created challenges in Iceland’s asset management sector. Yet through innovation and insight, Stefnir has risen to the challenge 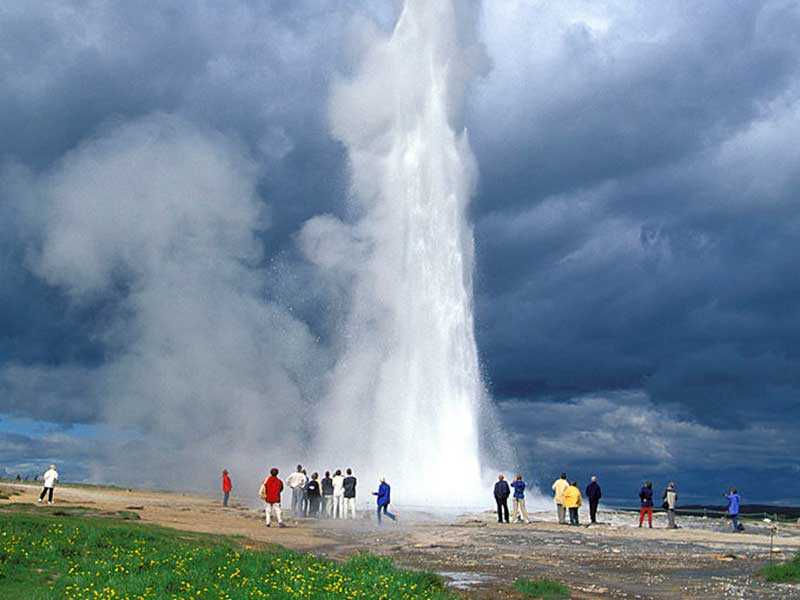 Over the past two decades, the asset management landscape has undergone a considerable transformation, not least spurred on by the financial crisis in 2008. Many people will remember the headlines describing the abrupt changes in Iceland’s financial environment, as well as the subsequent turmoil. As investors globally lost confidence and pulled away from risky, high-margin investments, veering instead towards lower risk alternatives, fund management companies had to adapt – and fast.

Nowhere was that more true than in Iceland, where the equities market was essentially wiped out overnight and trust in financial markets was at an all-time low. Growing assets under management (AUM) was therefore considered an insurmountable challenge in Iceland and beyond. Consequently, rebuilding trust and diversifying portfolios became essential, with transparency being the key.

Leading the charge through all of this was Stefnir, then a relatively small asset manager compared to its Scandinavian peers. After the dust had settled in 2009, however, we set about achieving big things. Stefnir is now Iceland’s largest fund management company, covering mutual, investment and institutional investment funds for both retail and professional clients. The firm has also been named Best Investment Management Company (Fixed Income), Iceland in the World Finance Investment Management Awards 2017.

By understanding the needs of both our retail and institutional investors at that time and shifting our focus to fixed income funds, Stefnir was able to achieve healthy AUM growth and revenues despite the tough market. We recognised the importance of innovation, creating new funds tailored to our clients and seizing opportunities brought about by new market conditions, while nurturing existing fixed income investments.

This was all supported by an entrepreneurial, progressive company culture, which helped Stefnir to stand out from the rest. Combined with a focus on transparency, a forward-thinking approach and an in-depth knowledge of the market, Stefnir was able to set an example for other major players in the industry, helping to revive Iceland’s stock exchange and assisting in the recovery of its asset management sector as a whole.

Fixed income focus
While fixed income has been at the core of Stefnir’s portfolio since its founding in 1996 – with its oldest funds now more than three decades old – it was only after the financial meltdown in 2008 that the company began heavily realigning its focus. The firm was already operating five asset allocation funds, each with a different emphasis on fixed income, but with the shift away from high-risk investments (for both retail and private banking customers), Stefnir decided to specifically market funds that had a larger proportion of fixed income products.

Stefnir is a strong advocate of good corporate governance, increasing awareness of responsibility at all levels of the financial system

This was the right time for a market that had suddenly become highly risk averse. The increase in the mass inflow of balanced funds, primarily consisting of fixed income products, then led to the growth of other actively managed fixed income funds.

Capital controls had prevented Iceland’s key institutional investors from investing outside Iceland, thereby cutting the country off from the rest of the world and creating a need for more diverse investment options. While the banking system wasn’t operating to its full potential, real estate corporations were emerging from restructuring programmes and seeking alternative means of financing on more favourable terms. Institutional investors were meanwhile looking for long-term, interest-bearing securities, preferably listed on a stock exchange.

As such, Stefnir actively considered investment options in large real estate with long-term leases under stable ownership, with interest terms that were favourable to both parties. In just three years, Stefnir launched seven funds based on asset-backed financing, subsequently listing the securities on the Icelandic Stock Exchange. They were among the first new listings since the financial crisis, and gave hope to investors that the Icelandic financial market was being revived.

Stefnir has always been known for its market knowledge when it comes to asset-backed financing; it is a trusted partner in listing and creating alternative investment options. The increase in AUM based on asset-backed securities tied to real estate was especially significant between 2010 and 2013, however. It went from representing just one percent of total AUM at the end of 2010 to two percent in 2011 and seven percent in 2013.

New products
Despite the success brought about by this shift, Stefnir recognised that more needed to be done. Interest rates in Iceland are considered high compared with those of developed markets, and in a closed-off economy, retail investors and legal entities tend to look for the most feasible options for short-term investment. At the same time, however, they want to maximise the opportunities presented by those high interest rates. Stefnir had operated several money market funds in different currencies before the financial meltdown, but they were dissolved shortly after the collapse.

Yet in 2011, as the economy began to recover, we decided to venture down that path once more. Stefnir established a new liquidity fund (see Fig 1), marking an innovative, bold move that wasn’t without risk. The established fund was not an overnight success. It was clear a lack of confidence in funds – and, indeed, in the wider financial system in Iceland – still existed, especially among retail customers.

Despite the slow yet steady increase in AUM, Stefnir decided to specifically target larger corporations with short-cycle liquid funds and legal entities with steady income flows. The liquidity fund then started to grow consistently and at a phenomenal rate, hitting two and three figure sums year on year. It increased an impressive 101 percent from 2013 to 2014, and 68 percent from 2015 to 2016 (at which point it represented a significant 10 percent of the total AUM).

Several economic factors have been behind this growth: the financial system has become healthier and economic factors are more favourable, mainly due to the influx of foreign currency through tourism. Real wages have also increased significantly over the past few years, creating opportunities for investment in financial products.

The fund is now a household name and the move has – in one way or another – been mirrored by various other companies in the industry, including key competitors. Setting the trend
Nevertheless, it’s not just in this way that Stefnir has set the benchmark. We recognised a lack of public trust in the financial system and fund management businesses as a whole in Iceland, which is still evident now. To help combat it, we took action to increase transparency and make information related to our funds more accessible. All funds now publish their asset breakdown monthly, and historical data is available on the Stefnir website. Ultimately, investing in or redeeming funds has become straightforward and can be done via an investor’s online bank account.

Stefnir has also been a strong advocate of transparency and good corporate governance, publicly participating in debate and sponsoring conferences on the subject to increase awareness of responsibility at all levels of the financial system. Iceland is now recognised as one of the most transparent players in the global fixed income market, in large part because almost half of aggregate bond and bill trading takes place on the country’s stock exchange. By being an initiator in listing securities of asset-backed financing on the exchange, Stefnir helped to propel that trend.

The company is now embarking on a new path in asset-backed finance, this time financing diverse portfolios of secured and unsecured seasoned loans. So far, we have noticed a clear appetite for higher yields, which is why our institutional investors and fixed income specialists have provided a platform for accessible investment options for clients. They will also serve as alternative investment options for balanced funds and private banking customers.

As all of this suggests, product development has played (and will continue to play) an integral part in Stefnir’s success. One of the key tenets behind that lies in the company’s entrepreneurial spirit, which involves listening to the needs of the market and analysing trends before the clients themselves have even identified them.

That entrepreneurial spirit doesn’t necessarily mean excessive risk-taking; what it does mean is working to create opportunities for all parties involved. It’s about helping clients benefit from developments and opportunities brought about by changes in the investment climate, and indeed the wider economy.

With yields close to an all-time low, appetite for actively managed government bond funds has been decreasing worldwide. This means continuing to innovate and introduce new products to investors – whether retail or institutional – is now more important than ever. Stefnir has shown itself to be a driving force in identifying changing needs, bringing out new products and generating long-term value for its customers, all with transparency at the forefront of its operations. If its proven track record is anything to go by, it will continue to do so for the foreseeable future.