Swisscanto Invest: how to protect your investments against the unexpected

Global uncertainty has made the high yield bonds market increasingly volatile. But, in this difficult market, opportunities still exist – with the right strategy 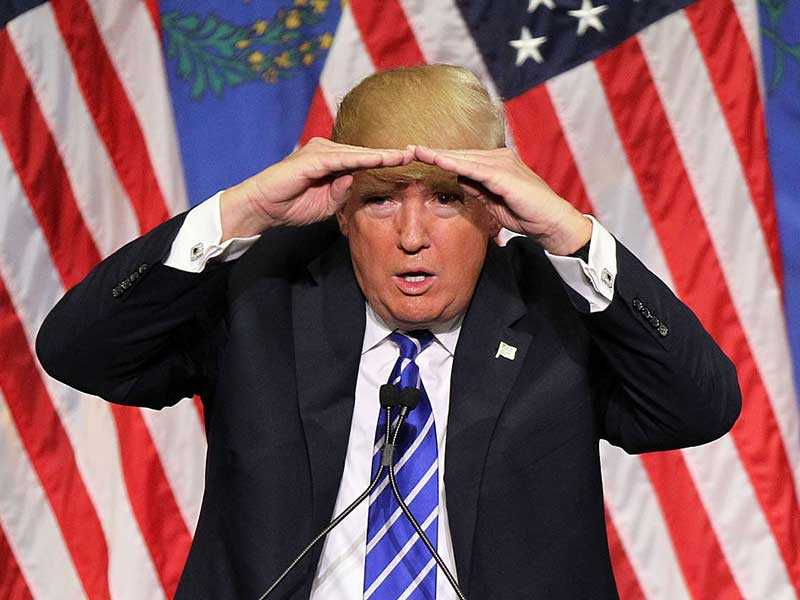 In today’s uncertain environment, many of the income-orientated investors who typically look to the high yield market wish to limit the volatility associated with high yield bonds. With a solid global growth outlook, oil prices on the rise and President Trump’s continuing attempt to push deregulation and tax cuts, it makes increasing sense to maintain exposure to high yield assets.

However, investors will not be able to avoid risk altogether. Risk aversion stemming from growth concerns in China, inflation overshooting, or the failure of any of Trump’s intended policies could create volatility. Investors, therefore, are facing a dilemma: they need a high level of income but can’t afford to take high levels of risk. Many investors would agree market timing is extremely difficult to gauge, and, as a result, exiting the asset class at the wrong time presents a great risk.

Over the last 35 years, there have only been five occasions when negative returns on high yield bonds weren’t followed by a year of strong recovery. For example, even during the financial crisis in 2008, when high yield bonds posted a poor return of minus 27 percent, the market recovered by 58 percent the next year. Then, in the following five years, high yields delivered an average return of 9.4 percent per annum.

Even after significant gains, returns have historically remained healthy in subsequent years. Therefore, high yield is an asset class where market timing is not particularly imminent, and exiting the asset class completely is a risky move. While sizeable corrections aren’t unusual – occurring five times over the last 35 years – the market tends to bounce back quickly.

Capital markets being open directly after the financial crisis helped the outperformance, allowing a high share of issuers to refinance maturing bonds. Further, based on a study from Moody’s Investor Services, short-term, high yield strategies benefitted from the fact the default probability of a bond decreases the closer it comes to maturity. The analysis showed that, between 1970 and 2016, the default probability in the first three years after assigning a rating to a new issue was 13 percent. In the following three years, it went down to 10 percent and in years seven to nine the default probability reduced to approximately seven percent. Entering Europe
Another solution is to invest in European high yield markets. Adding exposure in markets at different stages in the cycle improves the diversification effect and reduces the overall risk. With standard global high yield benchmarks heavily tilted towards the US market – a share of approximately 80 percent – Swisscanto Invest believes a customised benchmark consisting of 50 percent European and 50 percent US high yield exposure reflects the fundamental strength of the US and Europe far better. The investor benefits from a wide range of alpha sources, such as different yield curves, industry segments and economic developments, and the diversification leads to higher risk-adjusted returns.

One of the main challenges investors face is identifying a strategy capable of increasing return potential while minimalising risk within the context of a portfolio. We have analysed various strategies to find the most efficient ways of generating return without having to take excessive risk. Strategies included overweighting BBBs, subordinated financials, longer duration bonds and single Bs, while underweighting the iBoxx in the same amount.

We scored each strategy for the lowest risk at any given level of excess return, using various risk measures such as drawdown, annualised break-even to volatility and negative return percentage. The analysis found adding a short-term, global high yield to an investment grade portfolio scored best in regards to risk-adjusted returns. Extending maturity, a strategy many investors continue to adopt in today’s markets, scored among the worst.

Duration is tightly managed and stands at approximately 1.7 years, with the average credit rating at B+ at the end of March. We find single B-rated bonds strike the best balance between the quest for income and the insurance of low embedded default risk. Normally a base case scenario for upward pressure on US Treasury yields and a steady improvement in the US economy would underpin an above average risk profile. However, we see the risks around CCCs as asymmetric and are very selective. Therefore, we only invest in companies with a high visibility of cash flow and a liquidity that supports a refinancing in the near future. As an active manager, we strive to avoid defaults based on rigorous bottom-up analysis and strict sell disciplines.

The customised benchmark consisting of 50 percent European and 50 percent US issuers allows us to opportunistically allocate meaningful overweight positions to the market segment with the best return potential.

For instance, anticipating the energy crisis in 2015, we had strongly underweighted the US energy issuers and allocated exposure towards European issuers. Currently, we see value in European high yield: European companies – unlike US companies – are in an earlier stage of the credit cycle, which should keep a lid on defaults.

Additionally, European bonds benefit from a highly supportive policy backdrop. In the US, various industries will be affected by Trump’s policies. This is particularly prevalent in the healthcare sector, which has highly levered hospital issuers. Thus, the fund has an underweight in the US healthcare sector. Meanwhile, we are very selective in the retail space, as the sector faces some structural challenges.

Given its absolute size, the energy sector remains important moving forward. Although the spread of premium energy providers has tightened massively, we expect this trend to slow in the future. Against an improved fundamental backdrop for commodity credits, we are expecting the high yield default rate to decline in 2017, and the credit cycle to remain intact.

With US Treasury yields universally expected to trend higher in response to firmer global economic conditions and inflation, we believe a short-term, global high yield offers the best downside protection while not compromising on incoming yield.