Litigation finance on the rise

Investors have begun utilising lawsuits as a new asset class. This securitisation faces some strong opposition, but could have a positive influence on the pursuit of justice 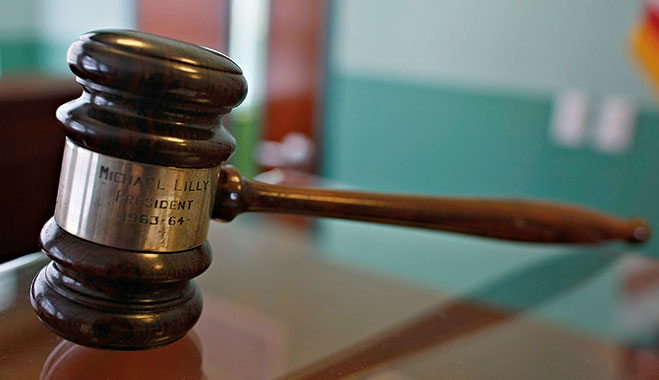 Litigation finance is becoming increasingly common, but the principle is not a new one
Wealth Management
Author: Tom Bailey

When one hears the words ‘litigation finance’, the image of relentless television advertisements promising large sums of cash for some misfortune that may or may not have ruined your life immediately springs to mind. Fortunately, however, this is not how the practice in question operates: litigation finance refers to the ability of a third-party – more often than not a private equity firm or wealth management fund – to invest in a court case in return for a percentage of the successful outcome. If someone – sometimes an individual, but more likely than not, a company – is attempting to bring a civil case against another person or firm, such investors will purchase a proportion of the case’s outcome, which will be used to pay for legal costs. In return, they will receive a dividend from the successful case.

The practice, while not new, is on the rise. As The New York Times noted, “The industry — which barely existed outside personal-injury cases until the mid-2000s — is growing rapidly, driven by increasingly permissive laws, the promise of high returns and hourly billing rates that run $500 or more for the largest and most sophisticated law firms”.

UK-based firm Burford Capital, which focuses on US ventures, saw its lawsuit investments increase from $150m to $500m between 2013 and 2014, allowing it to see its profits rise by “89 percent, with a 61 percent net profit margin”, according to the New York Times article (see Fig. 1). Gerchen Keller, a new entrant to the market, has a portfolio of $840m, while “IMF Bentham, an Australia-based funder, consists of 39 cases, which the firm values at just over $2bn”. What can be seen, according to the litigation crowdfunding platform Invest4Justice, is the phenomenon of lawsuits “making a transition from a private arrangement to a fully monetised asset class”.

A new age of legality
While this new asset class could be classified by some as capitalism run rampant – as a new form of profiteering in the age of neo-liberalism, or the further financialisation of the economy – the practice of a third party backing someone else’s lawsuit has a long history: since the ancient Greeks, certain groups bet on outcomes in legal proceedings; a practice which then continued in Ancient Rome. It was finally banned in the remaining Eastern section of the Roman Empire in the sixth century by the Byzantine emperor Anastasius, who argued that such legal disputes should only concern the original two parties.

However, the ban has not quite survived in the modern era. As Luke Gittos, a solicitor based in London, told World Finance, “Parties can be joined to civil cases after an original claim has been made, so I suppose Anastasius has been overruled. I am sure there remains a common law rule of some kind that says only the parties involved are entitled to be heard, but I don’t think this has any impact on the funding situation.”

In a similar way, litigation finance has been compared to the Medieval England concept of ‘champerty’, wherein respected individuals such as nobles or members of the royal court would attach their name to a lawsuit, with the intention of legitimating the claim, in return for a portion of the outcome. The practice itself was eventually banned, but by the 18th century champerty’s relevance – and its prohibition – had waned slightly. As the British philosopher Jeremy Bentham noted at the time, while in Medieval England “the sword of a baron, stalking into court with a rabble of retainers at his heels, might strike terror into the eyes of a judge upon the bench. At present, what cares an English judge for the swords of a hundred barons?… The judge of our days is ready with equal phlegm to administer, upon all occasions, that system… which the law has put into his hands”.

Cashless complainants
While some parallels may exist between the two methods, the ‘mischief’ of champerty – which Bentham described as the practice of “a man [buying] a weak claim, in hopes that power might convert it into a strong one” – doesn’t seem to apply to litigation finance, which in many ways allows the less powerful to pursue justice against the more powerful.

The idea of money playing a vital role in the dispensing and securing of justice, and then becoming a securitised asset in its own right, may raise some concerns. However, the defenders and proponents of litigation finance argue that money already plays a huge role in the ability of a complainant to pursue justice – litigation finance merely levels the playing field.

According to Invest4Justice, access to justice is a fundamental human right. In a post on its website, the firm points to Article 8 of the Universal Declaration of Human Rights: “Everyone has the right to an effective remedy by the competent national tribunals for acts violating the fundamental rights granted him by the constitution or by law.”

However, the group argues that the various means by which states have attempted to provide equal access to “effective remedy” before national courts has been inadequate: lawyers remain expensive and legal aid, where it exists, is often inadequate and “rarely produces good results”. As a consequence, allowing private backers to invest in lawsuits gives people better access to legal representation in their pursuit of justice. Often in civil cases, those with the largest pot to draw from are the ones who are able to drag out proceedings. With the looming threat of financial ruin occurring as a result of the accrued costs of a long-running case, a larger company in a civil case can often force the other party to stand down or accept out-of-court settlements. Litigation finance, according to Gittos, has the potential to “provide helpful assistance to those defending claims and provide some assurance that fighting litigation is not going to make defendants bankrupt. Cases can often drag on for long periods, meaning that the financial burden on parties can be significant.”

In a recent article, outlined a scenario where litigation finance would help cases that otherwise would not have seen their day in court, mainly due to financial constraints: “A technology company in liquidation might have a patent-infringement suit that the bankruptcy’s administrators lack the time to pursue”, the article explained. “There may be money to be made by suing a joint-venture partner, but the prospect of a costly case dissuades managers from going to court.”

Different jurisdictions
While the idea of an underdog with a lack of resources pursuing legal recourse against a large company is the backbone of many stories in American popular culture, litigation finance is not only restricted to the US. As Invest4Justice noted, “Litigation funding also exists in France, Germany, Holland and many other civil law countries”. However, due to alternative options for funding cases and rules around conduct, some countries have less of a need for litigation finance.

According to Gittos, “Litigation funding is very rare in the UK”. His own place of work has never experienced it: “This is possibly because we have provisions in civil proceedings whereby successful parties can claim their costs back from the other side. We also have conditional fee agreements, which have become known as ‘no win, no fee’. Some firms also offer litigation insurance – [this] means that people are less likely to be completely disbarred from launching a meritorious case because of funding; they just need to find a lawyer who is willing take the case on the basis of one of our alternative funding mechanisms.”

Gittos also noted how the practice of some large firms bleeding smaller firms dry “is more relevant in the US context”. In the UK, “parties can be punished for failing to settle cases by being charged greater costs if they lose. Parties are actively discouraged from dragging cases on, although I am sure it does happen”.

Quid pro quo
Despite some consternation about the practice of turning lawsuits into an asset class from which dividends can be derived, it is hard to see who loses from litigation finance once you venture beyond the battle of the courtroom: firms with large funds to invest have the cash, and struggling complainants need it. Similarly, those who have cash that they wish to invest get to see a potential return, while those who may not have previously been able to access legal remedy are now able to do so.

Investment is essentially speculation; leveraging cash in hope of a return. Litigation finance is not based upon speculating whether some asset will merely appreciate in value, but is based upon a judgement of whether or not a case is worth investing in, to be pursued in a court of law, with the hope of a win. As each case is invested in on a case-by-case basis, the process seems generally immune from the sort of bubble-driven speculation some assets are prone to. The outcome of the case, based upon decisions in a court of law, decides the payout, rather than fluctuating market forces.