Universities will struggle in the post-pandemic fallout

With enrolment numbers falling and ongoing pension obligations, universities have been brought to the precipice of a pandemic-induced disaster and face the risk of insolvency, writes Lana Crowe 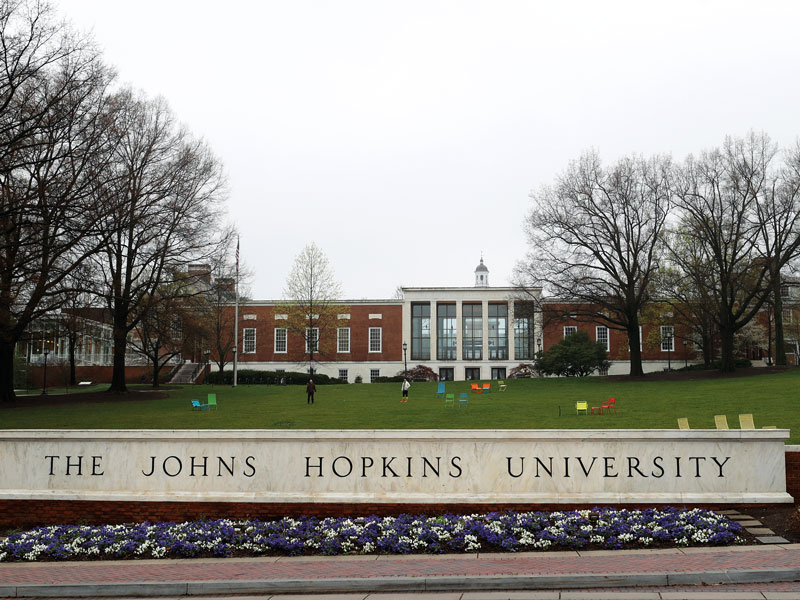 From Zoom seminars to locked-down halls, the pandemic has had an enormous effect on everyday life in universities across the globe. But COVID-19 will also have a serious impact on the finances of the higher education system, including both short-term lockdown-related costs and financial losses on long-term investment.

Last year, a fall in international enrolment was thought to be the biggest threat to university finances. Take the UK, for example, where the total income of the universities sector is around £40bn a year, half of which comes from tuition fees; overseas students account for around £7bn of this tuition fee income. In July 2020, the Institute for Fiscal Studies predicted that a decrease in overseas students because of COVID-19 could be responsible for a loss of up to £4bn.

The situation is exacerbated by Brexit, which will lose UK universities £62.5m per year in tuition fees, according to a February 2021 report by the Department for Education. While China is the largest single source of overseas students in the UK, the EU accounts for almost one in three of the UK’s international students, a figure expected to be halved by Brexit, though losses will be partly offset by an increase in fees.

International enrolment for the 2020–21 academic year in fact fell by 25 percent, a smaller downturn than initially expected. “Universities got very lucky in the summer as the second wave did not properly get going until students had essentially made their decisions where to study,” Elaine Drayton, a research economist at the IFS, told World Finance. Long-term losses from a decrease in international enrolment look likely to be less than £1bn.

“Now, with some of the uncertainties around student recruitment resolved, medium-term pension obligations look like the main risk to university finances,” Drayton says. The IFS predicts long-term losses in this area to exceed £5bn. A recent financial health check of the University Superannuation Scheme (USS), the UK’s largest pension fund, estimated that the funding shortfall has risen from £3.6bn to £18bn in just two years, sparking talk of benefit cuts, the latest development in a years-long clash over pensions in the sector. Enduring low interest rates were driving up deficits before the pandemic.

High-ranking institutions are more likely to have large numbers of international students and substantial pension obligations. London School of Economics – which the Times Higher Education (THE) ranks as one of the 30 best universities in the world – has the highest percentage of international students of any British university, at 68 percent pre-pandemic. LSE was anticipating acute financial problems from the 2021–22 academic year, leading its director and other management to take significant pay cuts in April 2020.

The covid conundrum
However, the pandemic will ultimately have a greater financial impact on smaller, newer and lower-ranking institutions, as high-ranking universities fill newly empty places with home students. According to the IFS, a university’s profitability before the crisis is a better indicator of risk of insolvency because of COVID-19 than the size of their pandemic-related losses.

The outlook is similar in the US, where wealthy private universities, such as Baltimore’s Johns Hopkins (ranked 12th in the world by the THE), are expected to lose hundreds of millions of dollars. But institutions with small endowments are more at risk, such as the 400-student Pine Manor College in Massachusetts, which, with just a $9.6m endowment, was taken over by Boston College in May 2020 after long-term financial instability was intensified by the pandemic.

Joe Biden’s $1.9tn American Rescue Plan has pledged $40bn to help support US higher education institutions through COVID-19, with a specific emphasis on those with an endowment under $1m. For context, the US’s richest institution, Harvard University, has a $40bn endowment, and the UK equivalent, the University of Cambridge, has an estimated £7bn endowment.

Last summer, the UK government announced a plan to support UK universities through the financial strain of the pandemic, including a £2.6bn advance in tuition fee payments and £100m of research funding. The IFS estimates that higher numbers of home students and diminished employment prospects could see the government’s long-term contribution to higher education increase by around £1.6bn for 2020’s cohort of students alone. The Institute for Fiscal Studies predicts that, without sufficient government support, around a dozen universities could emerge from the pandemic with negative reserves.

Insolvency could lead to debt restructuring, takeovers and mergers, or closure, though there is currently no precedent for the liquidation of a publicly funded university. Most of the UK’s universities will survive the pandemic, but, with predicted long-term losses of around £10bn, they will be in a precarious position to cope with future shocks.