The global digital economy requires a new taxation model, but rushing into creating one could be a huge mistake. An understanding of the nuances and long-term implications is vital 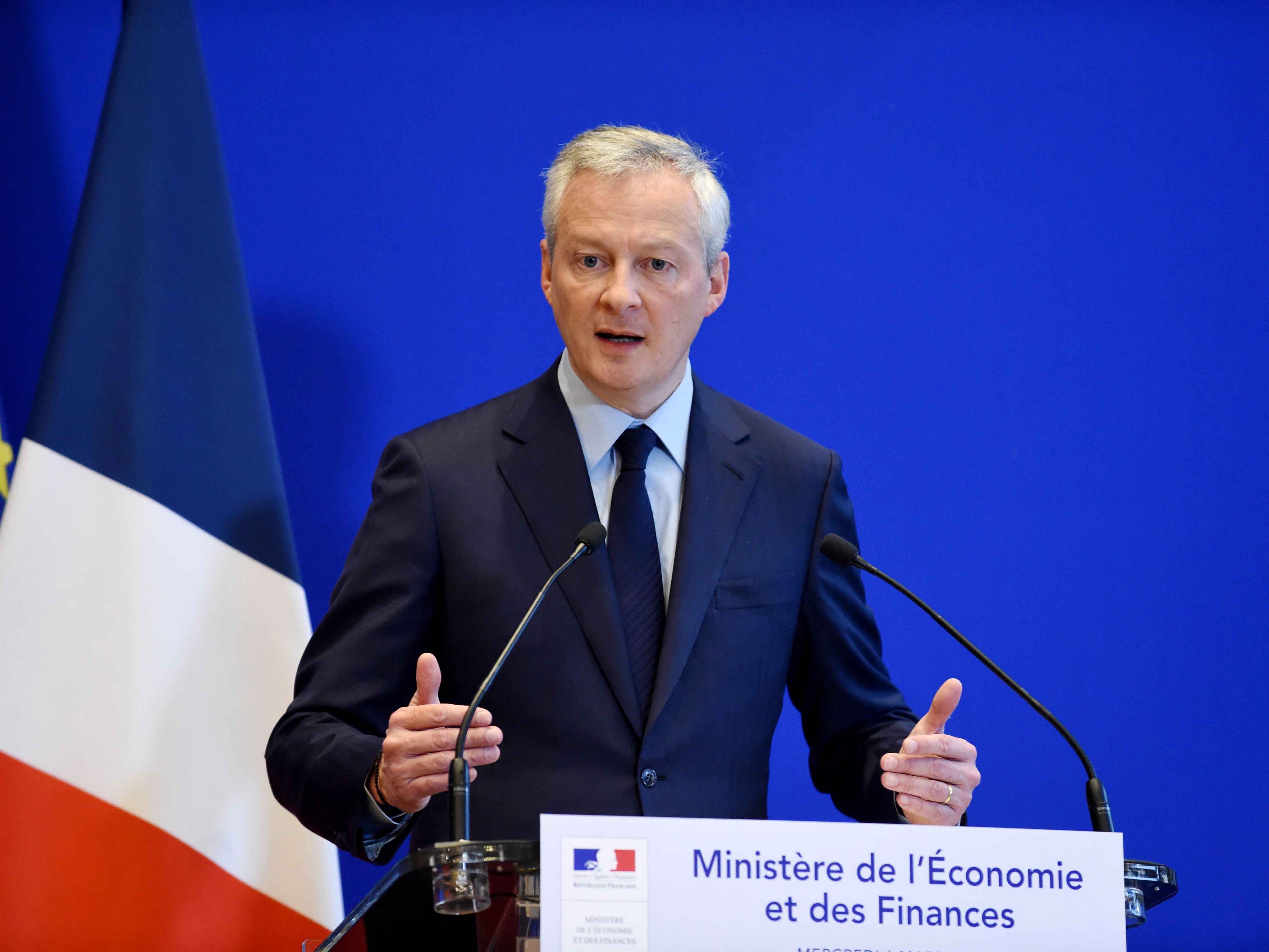 The fast-growing, highly adaptive global digital economy (GDE) is like an elephant. The way policymakers, legislators, economists, business leaders, consumers and other stakeholders are approaching the inevitable taxation of the GDE calls to mind the ancient parable about the elephant and the blind men.

After their very first experience touching an elephant, each blind man comprehends the large mammal in starkly different ways: the man who touches the flanks describes an animal as powerful as a wall; the man who grasps a leg believes the elephant resembles a massive cow; the man who touches the trunk describes a snake; and so on. Given the speed at which the massive GDE is changing and the long-term need for new digital taxation models, it would be wise for global tax policymakers to consider a constructive pause before proceeding with additional proposals and laws, regardless of whether they are unilateral or multilateral in nature.

The looming – and natural – decline of the currently extended supercycle also supports the idea of having digital taxation stakeholders work towards a more unified perception of the GDE – and, as a result, a more sustainable and beneficial approach to digital taxation and alternative business models.

As society advances with developments in public finance and countries modernise their revenue streams, governments need to redesign tax policies in response

Trunks, tails, tusks and taxes
The story of the blind men and the elephant is said to have originated in India, although other countries have claimed it as their own and different versions exist. In one telling, the blind men become so angry at their counterparts’ ‘dishonest’ accounts that they argue heatedly and exchange blows. This makes the story an even better fit for the GDE, as none of us have witnessed the likes of it before and it has been sparking increasingly heated arguments regarding the taxation of digital transactions since its appearance.

The GDE is often misinterpreted by policymakers, lawyers and even economists. Although online transactions have been increasing for over a quarter of a century, many economists are only just beginning to understand the intricate mechanisms of the phenomenon and its interconnectivity to global operations. As explained in the IMF’s 2018 Measuring the Digital Economy staff report, the GDE and its disparate implications, behaviour and multiplied functions complicate fiscal policy and global tax regulation.

We’ve only recently begun to map, correlate and quantify the intricate networks created by the extraordinary rate of innovation and market penetration that has, at times, caused speculative valuations of digital goods and services. Additional complexity stems from the impact of digital transactions on numerous microeconomic sectors, as well as how these are impacted by additional circumstances. For example, instead of the orthodox, linear, trade-based economy of past centuries, the GDE has created a vastly complex and interactive network of economic actors and network agents that enhances and monetises value at various levels of the economic and business activity chains, both vertically and horizontally. This adds to the complexity for fiscal policymakers as they decide how much, where and when to tax certain virtual business activity. Thus, when we ask what is ‘value creation’ and where is it created for purposes of discerning taxing rights and profit allocation to the ‘proper’ jurisdiction, errors and miscalculations may occur and result in policy and economic distortions.

As the IMF report explained, we already know that the complexity of the GDE makes economic forecasting extremely challenging. These interactions create additional secular trend activity that eventually affects the GDE. Accordingly, the long-term implications of flawed fiscal policy being ratified too early will produce disruptive and economic outcomes to a still-infant economy, long after seasonal effects and the ebb and flow of business cycles have passed. These echo effects will undoubtedly produce unintended and unforeseeable consequences, as well as incongruent aftershocks throughout the global marketplace.

A matter of when, not if
Many global tax authorities prefer not to wait to understand and evaluate the GDE’s longer-lasting impacts before overhauling traditional taxation systems. Last year, the EU attempted to establish a digital services tax (DST), and this year, the Organisation for Economic Cooperation and Development (OECD) – together with a growing number of individual countries – is forging ahead with its own proposals for digital taxation. The UK, which was the first country to unilaterally propose a DST, has yet to enact official legislation, pending the adoption of a precise international standard. The OECD expects to finalise a new digital tax regime next year.

Not content to wait for the OECD, earlier this year, France introduced a new DST of three percent that will apply to companies with over €750m ($839.4m) in annual revenue. The government also indicated that it intends to eliminate this tax when the OECD finalises its own. In April, the French Parliament voted to approve the new tax – however, at the time of World Finance going to print, only the lower house of the French Parliament had voted in favour of the proposal. The UK’s digital tax rule is also set to take effect next year, while Germany – among other EU member states – is considering similar moves.

It is clear that French Finance Minister Bruno Le Maire views the GDE differently to other global stakeholders. Earlier this year, Le Maire told The Wall Street Journal: “These [technology] giants use your personal data and make significant profit from it, without paying their fair share of tax.” US Government officials, for example, see the GDE as being broader than the handful of massive technology companies headquartered in its country: when France proposed its new DST, Chip Harter, Deputy Assistant Secretary for International Tax Affairs at the US Treasury, indicated that his team was researching whether the “discriminatory impact” of France’s digital tax ran counter to World Trade Organisation rules.

Before policymakers create and advance digital tax proposals, they should consider whether their proposals are timely and judicious

That’s not to say that a new approach to digital taxation is unnecessary. As society advances with developments in public finance and countries modernise their revenue streams, governments need to redesign tax policies in response. As such, we need new approaches to taxation and matching tax types that not only impose levies on a transaction’s event, timing, place and value exchange, but upon emergent technologies, digital applications and direct-use advertising and promotional value.

Successfully replacing long-standing fiscal policy attitudes and inefficient international tax standards is a complex undertaking. It requires replacing traditional forms of economic thinking with a more adaptive approach better suited to the 21st-century GDE. To accomplish this, it is essential to shift our energies towards understanding the behaviour of dynamic economic systems and adapting to their intricate, separate parts.

Tortoises, not hares
It takes time to replace outdated methods of taxation with regimes that effectively avoid – or at least limit – market and economy-wide distortions and other negative externalities. Before policymakers create and advance digital tax proposals, they should consider whether their proposals are timely and judicious. On this count, the OECD deserves credit for taking its time, while seeking input from many stakeholders, to design what will be a complicated and disruptive tax proposal.

Unfortunately, it appears that the race to unilaterally tax the digital marketplace is on. This pace limits the amount of systemic consideration that should be devoted to the minimisation of government intervention as the GDE expands. This flawed market intervention may become another trade barrier: though unilateral digital taxation rules are intended to preserve tax bases while sustaining regional economies, they may have the opposite effect.

Many country-specific DSTs could result in an inefficient imposition of tax, regardless of whether they are levied against revenue, income or profits, because they only address tax compliance requirements while neglecting potential social costs. Additionally, there’s the inconsistent and unilateral assessment of transactional cost, and the slippage (or cost differences and spread) between jurisdictions. To avoid additional errors and distortions impacting certain sectors, a precise fiscal policy balance must be fostered between all market participants.

Double (or triple) taxation also represents a major risk. The mechanics and effect of adverse differential taxation could create a consolidated tax situation in which a taxpayer is subjected to tax twice or more on the delivery of the same digital goods and services in different jurisdictions.

This is not to say that a multilateral, globally uniform digital taxation standard will be easy to design and implement. The OECD’s recommendation for an aligned international standard could accomplish this, although developing nations may be best served by assessing and adopting the UN’s own proposals first. Either approach requires extensive wrangling among different tax authorities, and the outcome could feature at least some of the negative impacts that unilateral approaches are more certain to inflict.

As the increasingly unilateral moves to adopt new forms of taxation in the past year confirm, digital taxation is no longer a matter of if, but when. Given the risks involved in getting digital taxation right, all stakeholders should consider the benefits of delaying that looming ‘when’ until we can reach a shared agreement of what the GDE looks like today – and how we want to see it thriving in the future.