Will copying the Dutch pension system help the UK?

Pension reforms in Britain aim to copy a 70-year-old system that works well in the Netherlands. But will its implementation prove as successful today? 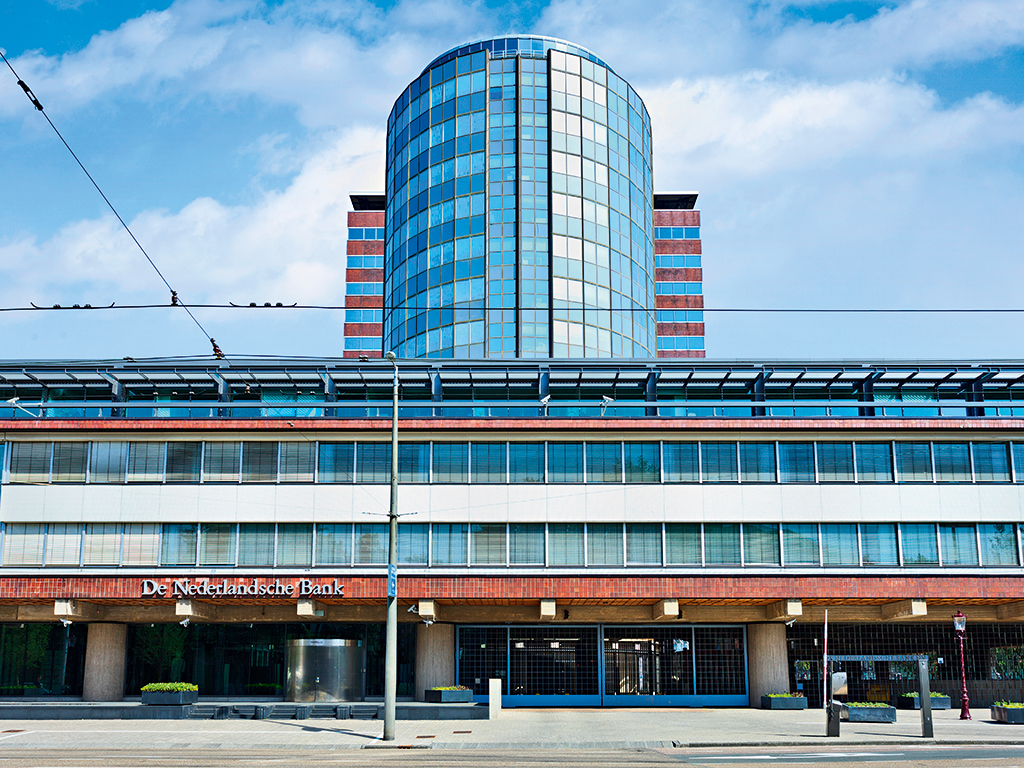 The Dutch Central Bank’s headquarters in Amsterdam. A Dutch-style pension system is to be implemented in Britain, but some are doubtful about whether it can work as effectively as it did in the Netherlands
Pension Funds | Wealth Management
Author: Selwyn Parker

Dutch Space is a corporation that manufactures advanced products that, among other things, helped put the Vega rocket into the upper atmosphere. In May, the Netherlands-based company, a division of the giant EADS Astrium aerospace group, sent its own rocket into the Dutch pension industry by announcing the merger of its company-wide €115m pension fund with a much bigger fund known as PME. An industry-wide retirement plan, PME has €34bn of AUM.

The strategy deployed by Dutch Space illustrates the latest step in a brutal process of consolidation among the country’s pension firms which has, in the last 22 years, seen the number of funds implode from over 1,000 to around 380 today. De Nederlandsche Bank, the Dutch central bank, predicts there will be just 300 firms left to manage all retirement investments within a few years. If so, that would leave the pensions of workers under the control of too few superfunds. Currently, the remaining 380 funds already manage €950bn of pension assets, or an average €2.5bn each.

However, some industry leaders are forecasting an even more severe contraction in a sector whose ‘collective pensions’ have served Dutch retirees well for 70 years. Just over two years ago, Ruud Degenhardt, Chairman of PGB – one of the bigger pension funds with €14.5bn of AUM – predicted there may eventually be just 50 to 100 pension funds remaining in the Netherlands.

Assuming they have a similar ratio as today in AUM, that would average out at €100bn to €200bn of assets for every surviving firm.

A collective approach
Now British firms fear a similarly Darwinian process could happen in the UK in the wake of imminent reforms that seek to create Dutch-style collective pensions. With €1.9trn in AUM, an industry-wide consolidation would inevitably lead to job cuts among actuaries, investment consultants, administrators and fund managers. The Conservative-Liberal Democrat coalition unveiled the sweeping reforms – the biggest in decades – in May on the basis that Britain’s pensioners have long had a raw deal. That’s because of the UK’s immensely complicated and constricting pension laws, and because of the fees charged by asset managers that steadily whittle away at retirement pots.

With €1.9trn in AUM, an industry-wide consolidation would inevitably lead to job cuts among actuaries, investment consultants, administrators and fund managers

“A huge proportion of our pensions disappears in fees, with charges swallowing up to 40 percent of the value,” argues RSA, the multinational insurance giant, in a report that took two years to research. “If a typical Dutch and a typical British person save the same amount for [their] pension, the former can expect a 50 percent higher income in retirement.” It’s not just about fees though. Company-wide pensions, which are by definition much smaller than pooled ones, are more vulnerable to variations in the stock market. Thus, an employee may lose heavily – or gain significantly – if he retires in a particular year.

“It’s not rocket science why collective pensions are better”, argues the report, “as anyone who has taken an introductory finance course knows, the way to address the problem of risk is to diversify. So we buy a portfolio of many securities if we want to limit our risk. Similarly we can diversify our liabilities; for example, when we buy insurance. So each of us gives some money to the insurance company, and by pooling those contributions there is enough to compensate us should our house burn down.”

Written by David Pitt-Watson, Chairman of Hermes Focus Asset Management that has £26.9bn of AUM, the report argues that Dutch-style collective – or industry-wide – pensions not only provide economies of scale that lead to lower costs, but also deliver higher returns over the long life of the pension because they allow asset managers to spread the investment risks. “The benefits of collective, defined contribution [as distinct from defined benefit] schemes are huge,” the report notes.

These views match that of the UK government, which estimates that collective schemes should give pensioners up to 39 percent more money to retire on. The Dutch schemes are “some of the best in the world”, enthuses the coalition’s Pensions Minister Steve Webb, the main flag-bearer for collective pensions. RSA Insurance Group’s research backs up the government: according to the report, Britain’s pensioners would pocket extra retirement income that is almost equivalent to the entire economic contribution of the North Sea oil field.

The Wild Western Europe
The UK reforms are a response to a long-festering crisis about underfunding that has threatened to overwhelm company-wide schemes. Many small and medium-sized companies have reportedly fallen into administration because of holes in the old system. Successive governments have also bungled earlier reforms. As a disgruntled letter-writer pointed out in The Daily Telegraph in May: “One of Gordon Brown’s first decisions as [Labour] chancellor was to scrap tax relief on pension-fund dividends, costing savers an astonishing £118bn since 1997.”

Another issue has been the legal requirement to convert most of a pension pay-out into an annuity. By some estimates this has chopped £1bn off retirement incomes because pensioners have not always had the necessary expertise to sign up to the most suitable schemes. Indeed, many critics say the annuities system has functioned like a giant financial cartel to the detriment of the consumer. By common consensus, something had to be done. “The UK private pensions system is not fit for purpose,” says Pitt-Watson. “Regulations in the UK should be changed to enable the establishment by trustworthy providers of low-cost collective pensions similar to those enjoyed in Holland and Denmark.”

Sensing opportunities, pension funds from the Netherlands and Denmark have already thrown their proposals down. They have told UK companies they are ready to provide low-cost pensions in what promises to add extra pressure on the British industry as it comes to terms with the reforms. Meanwhile, further consolidation is seen as inevitable in the Netherlands. Indeed, even the Dutch central bank, which regulates the industry, believes this is the case. In April, the institution took the ominous and unorthodox step of writing to 60 small and medium-sized funds in what amounted to a warning that they may not be around for much longer. The regulators invited these precariously poised funds to analyse their ‘long-term viability’.

In an extremely competitive and volatile environment, consolidation is gathering pace. “It’s already going pretty fast and it could go faster,” PME’s Transition Manager Koos Haakma told Financial News. Dutch Space’s action was just the latest in a long series of company-wide funds being rolled into industry-specific ones. As early as 2005, electronics giant Philips sold the management of its pension scheme to two separate firms and others such as Germany’s Siemens and Stork, the construction materials giant, have since followed suit.

Brit/Dutch incompatibility
Insiders say much of the problem is down to the regulators themselves who were galvanised into action in the wake of the financial crisis. “The dynamics in pension funds have changed greatly”, explains Degenhart, citing much tighter supervision and monitoring of the funds. The result is that costs are rising steadily. “More costs mean of course higher premiums and lower benefits”, he told shareholders. “Scale size will be increasingly important in the coming years.” Like PGB, competing funds are looking for economies of scale and are moving into other industries related to their core one, or they are swallowing up branch and remaining company funds. But they are at least doing so while attempting to preserve the identity of the original fund by, for instance, a communications policy that focuses on individual members.

Even in a superfund all members are treated equally, whatever the nature of the original scheme. As Degenhart explains, “the conditions are symmetrical, meaning that for the participating groups entering or leaving branches or corporations, no significant benefits or disadvantages may occur.” Although Dutch schemes put more money in retirees’ pockets than do Britain’s funds, it’s still not enough for the government. According to the Dutch Labour administration’s Jetta Klijnsma, the collective schemes aren’t trying hard enough. “A higher expected yield can only be achieved by accepting more risk,” she wrote recently in a confidential document. Having said this, the government will force funds to keep pace with price indexation, which means that pensions must grow annually in step with inflation so pensioners don’t lost purchasing power.

In the meantime the British insurance industry remains divided about the viability of the reforms, and especially about the introduction of Dutch-style schemes. For Alan Higham, Head of Retirement Insight at Fidelity Worldwide Investment, it comes down to generational funding. Collective schemes, he argues, “allow one generation of member to receive more pension in the hope that future investment returns will ultimately justify the decision. Younger people may bear the cost in reduced future pensions should these judgments proved flawed and/or pensioners may see their income fall, or in the extremis see income clawed back.”

In the same light, Neil Lovatt, Marketing Director at Scottish Friendly, fears the reforms will lead to “a huge Ponzi scheme”, whereby retirees are paid out of the premiums of new members of the fund. Others fear the British market is just too different from the Dutch one for the reforms to work. David Smith, Financial Planner at Bestinvest, told Scotland’s Sunday Herald that “for collective pension schemes to work effectively you need economies of scale. However, the UK pension market is already extraordinarily fragmented and it’s highly unlikely that such schemes will establish sufficient critical mass to work as well as they theoretically could.” However, it looks very much as though the reforms are here to stay.