The price of bitcoin has topped gold for the first time, marking a symbolic moment in the evolution of finance 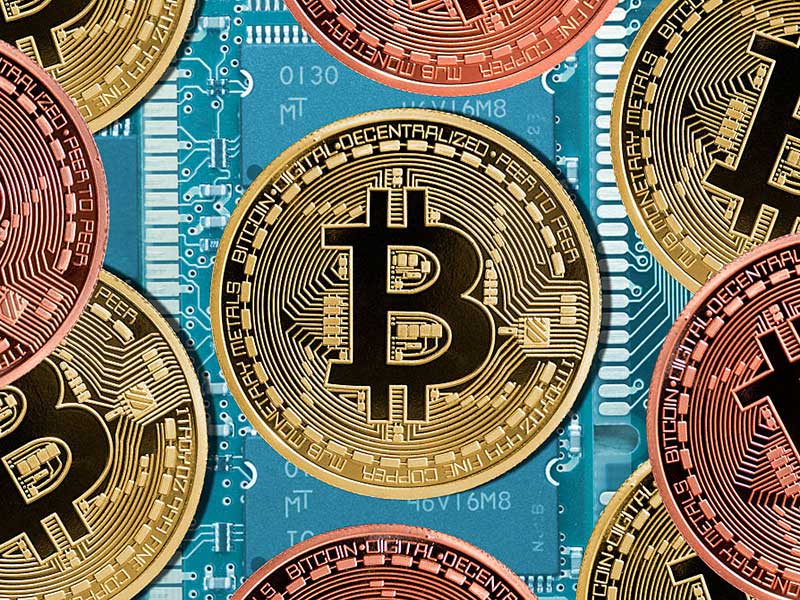 Just eight years ago, bitcoin was launched as a bold new experiment in digital currency. But, on March 2, the price of a bitcoin exceeded that of a troy ounce of gold for the first time, marking a symbolic moment for the cryptocurrency.

While gold has been a trusted store of value for thousands of years, many parallels have been drawn between the two assets. For one, both owe their value to inherent restrictions on supply. Indeed, the process of creating new bitcoins is even known as ‘mining’, with only a limited supply of new coins built into their design.

Bitcoin has witnessed an impressive surge in recent months, rising in value by 200 percent over the past year

Further, both assets thrive in uncertain times, as investors flee financial markets looking for an alternative store of value. This was evident in 2016, with destabilising political events such as Brexit and the election of Donald Trump resulting in a boost to both assets.

Bitcoin has witnessed an impressive surge in recent months, with its value rising by 200 percent over the past year. Speculators are eagerly anticipating a key decision from the US Securities and Exchange Commission, which will determine whether plans for a bitcoin exchange traded fund can go ahead. An endorsement from the regulator would allow the cryptocurrency to be officially listed, and formally establish bitcoin in financial markets. According to a report by Bloomberg, the final decision is due to be announced on March 11.

The rising value of bitcoin has also been attributed to heightened capital controls in China. Chinese authorities have struggled to support the dwindling value of the renminbi, and have resorted to enforcing measures to control capital outflows. Despite a state crackdown on Chinese bitcoin traders, many see bitcoin’s recent success as a direct result of traders circumventing said measures.

The price of bitcoin is famously volatile, but overtaking gold is symbolic. Many believed a digital currency that lacked official government backing would never be taken seriously in financial markets – but a lot has changed in eight years.