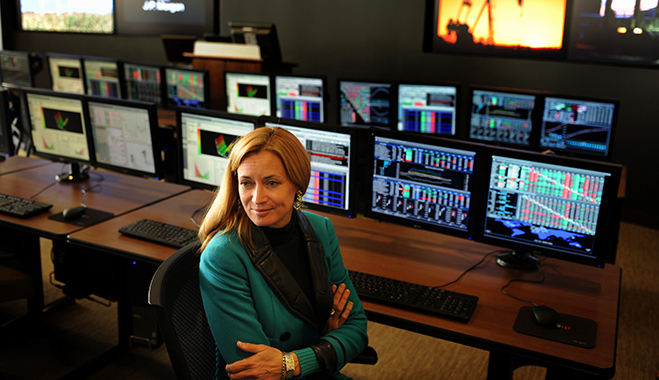 Considered one of Wall Street's most powerful women, Blythe Masters headed JPMorgan's commodities division. Her resignation from the company coincides with the announcement its commodities arm is being sold to Mercuria
Banking
Author: Rhys Thomas

In the latest high-profile exit from the bank, Blythe Masters’ departure marks the end of a long career at JPMorgan, where she rose from intern to head of Global Commodities over the span of nearly three decades.

Masters, widely regarded as one of Wall Street’s most powerful women, joined JPMorgan straight out of university. Masters is credited with inventing the credit default swap during her time at the lender, the financial swap process by which banks guarantee to pay out to each other in the event of a loan default.

After noting the role that these derivatives played in the 2008 financial crisis, The Guardian named her “the woman who invented financial weapons of mass destruction”, a claim that Masters rejected as too simplistic.

Masters became the bank’s CFO in 2004. In 2006 she was named as head of the bank’s fledgling commodities arm which, after a series of high profile acquisitions, became Wall Street’s most powerful commodities desk.

The move follows the March announcement that JPMorgan would sell its commodities business to Swiss trading house Mercuria for $3.5bn. The sale comes amid tightening regulations on financial institutions which participate in commodities trading, as lawmakers try to limit potential risks to financial stability.

Masters will leave the bank after the deal is completed. The sale had originally posed the question of whether she would join Mercuria as part of the deal, but in an internal memo it was announced she would “consider future opportunities” rather than making the move.

Speaking to Bloomberg, analyst Charles Peabody said that there wouldn’t be much surprise at the announcement. “There was little reason for her to stay at JPMorgan given that her baby is being sold from underneath her,” he said.