London’s position as the financial centre of Europe is under threat. As other cities compete for the title, ﻿﻿Mourad Mekhail explains how EU-Arab banking relations are a necessity 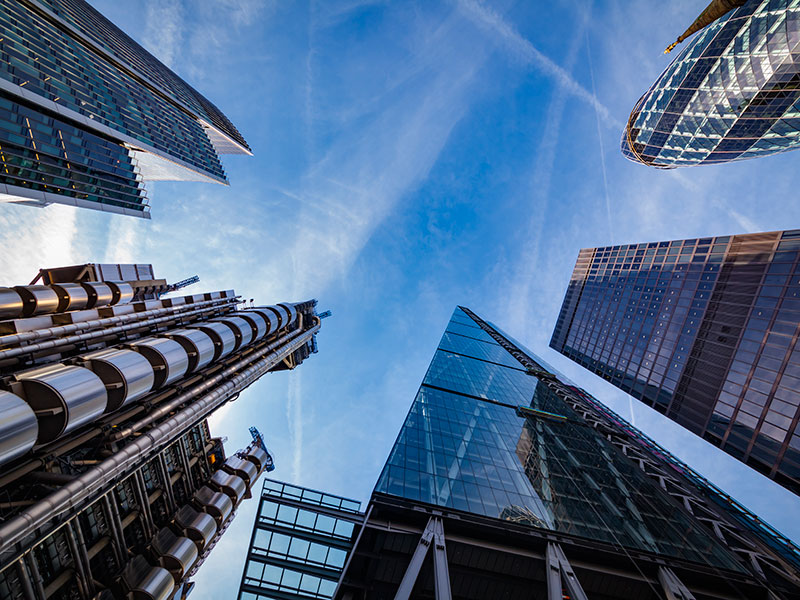 Skyscrapers in London. London has long been considered the financial centre of Europe, but following the UK's Brexit vote, its position has been compromised
Banking | Central Banking
Author: Mourad Mekhail, Advisor to the Board of Directors at Kuwait International Bank

“Absolutely comfortable”, said Bank of England Governor, Marc Carney, defending his decision to cut interests rates to a historically low level in an attempt to mitigate the impact of Brexit.

UK Prime Minister Theresa May has since indicated the UK Government will not trigger Article 50 this year. With regards to Brexit negotiations, May is required to run head-on against those in the EU, who demand that all four freedoms at the heart of the EU – of people, capital, goods and services – remain sacrosanct.

Last week, the Minster for Brexit, David Davis, said the negotiation process for disengaging the UK from the EU will take up to three years. However, Chancellor of the Exchequer Philip Hammond has suggested it could take up to six years to complete exit negotiations. David Cameron, meanwhile, did like Pilate and washed his hands of the Brexit matter entirely, and so it seems nobody is ready to give a concrete indication of how long the UK’s exit from the EU will actually take, nor how the UK Government plans to lead this exit.

Competing for the top spot
Following the Brexit vote, London’s position as the European continent’s primary financial centre is under threat.

Shortly after the Brexit vote occurred, Lloyds Bank announced it will be cutting 3,000 jobs and closing 200 branches. HSBC, meanwhile, plans to relocate 1,000 employees to Paris. UBS decided to move 1,500 of its 5,000 employees from London to Frankfurt, and a number of American banks are also rumoured to be considering leaving London, even before the final outcome of Brexit negotiations.

British banks are putting pressure on May to negotiate the UK’s Brexit terms, including keeping the right to sell financial products across the EU (known as ‘passporting’), which could help keep banks in London. In this context, international banks are likely to wait and see if passporting negotiations are at all feasible before deciding where or how to shift jobs out of London.

European cities such as Paris and Frankfurt now battle for London’s financial crown. Paris is already a major hub for London-based HSBC, Europe’s biggest bank, while Frankfurt is the second largest financial centre on the continent. Dublin, meanwhile, offers exiled bankers a similar legal system conducted in the English language.

Cities such as Frankfurt have made considerable efforts to become Europe’s next financial hub, including setting up special hotlines for banks that want to discuss shifting operations out of London. Business France published leaflets outlining the joys of working and living in Paris, as per The Wall Street Journal. Taxation, labour laws, cost of living and lifestyle factors are decision drivers for banks trying to choose a new business-friendly gateway to Europe.

The main contenders
London profits from lower corporate tax rates and more flexible employment laws than Frankfurt and Paris. On the other hand, Frankfurt is the home of the European Central Bank and has a lower cost of living than London and Paris. However, it also has the reputation of being a boring city. Spokespeople from the city deny this, saying: “Frankfurt makes you cry twice: once when you get sent there, and once when you have to leave.”

Whether Dublin, Luxembourg, Amsterdam or other cities will become the new financial hub of the EU is not the major issue. More important, particularly for defending the preservation and existence of the EU, is that a large number of EU members respect the four freedoms of the union; especially the free movement of capital, services, goods and free movement of labour among countries with similar income level.

However, the current free labour movement among the 27 EU countries has become politically controversial, as large number of migrants from lower income countries are emigrating to higher income countries. This has caused some social fear and suspicion, and, as some would argue, led to the Brexit vote in the first place.

We sincerely believe that banks’ clients and customers are a major factor for banks to consider during Brexit negotiations. Clients want banks’ reassurance that there won’t be disruption in their services.

Looking outside the EU
More generally, while London’s role globally will be different after Brexit, it will remain at the centre of world finance. Indeed, London has one of the most advanced Arab banking – in particular, Islamic banking – financial markets in the Western world, and became a key destination for most Arab banks.

It is a fact – without going into detail – that jurisdictions of cities competing to become the new financial hub have to adjust fiscal and regulatory frameworks to enable and ensure playing fields for Arab banking (including Islamic banking) in the EU. Having said that, European banks also have to push ahead with plans to aggressively penetrate the Arab financial markets – especially the GCC markets, which are characterised as cash-rich and for their profitable business opportunities.

The business outlook for European banks worsened after the Brexit vote, which was followed by market volatility and the Italian banking crisis. These underscore the need for European banks to bolster their presence outside Europe and expand their fee income by bringing on new clients and projects from the Arab world, which remains a positive region – more so than any other part of the world.

In conclusion, relationships between the EU and Arab banks are fairly modest, and these have to be developed. We are thankful for the efforts rendered by the Union of Arab Bank to persistently initiate the dialogue to support enhancing the relations.

Substantial appetite for attracting liquidity from Arab countries and increased emphasis on alternative financial solutions after the last financial crisis is the cornerstone to further promising endeavours.

Mourad Mekhail is a former Wall Street banker. He earned his Master of Business Administration in International Economies from Trier University, Germany. Since 2011, Mekhail has served as Advisor to the Board of Directors at Kuwait International Bank, following his previous assignment as Head of International Investment.