While Nigeria has been hit by low oil prices and political unrest, the country is not without its advantages. Strong development opportunities will continue to grow if companies adapt to the changing climate 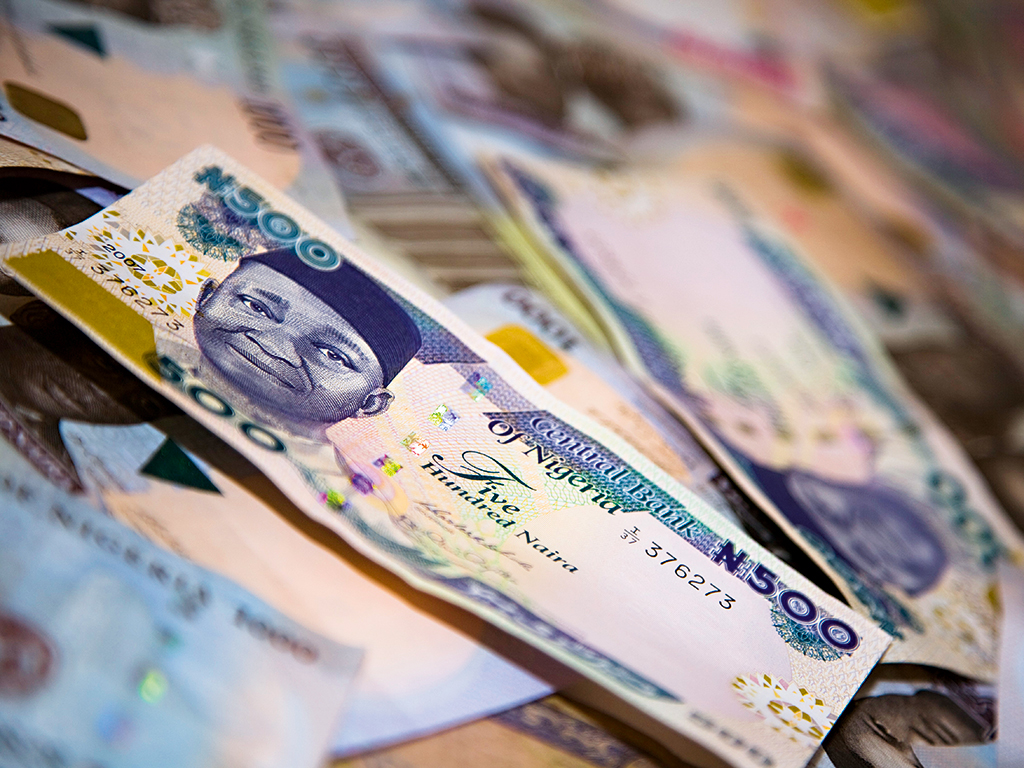 After an impressive 5.17 percent rise in the third quarter of 2013, the National Bureau of Statistics reported a year later that Nigeria’s GDP had grown at an annualised rate of 6.23 percent (see Fig. 1), showing, if nothing else, that the country was heading in the right direction. However, the figures in isolation obscure the problems facing Nigeria today, with falling oil prices, currency volatility, heightened political tensions and foreign capital outflows all having short-changed the economy in months past. The economic outlook for the country is therefore a mixed one at best, and with important indicators set to worsen in the months ahead, the coming year will be anything but plain sailing for local firms that refuse to adjust their strategies accordingly.

Still, the financial sector has exhibited impressive gains amid tough economic circumstances, spearheaded by a number of pioneering names that have taken major strides to overcome the aforementioned challenges and set the country on the straight and narrow. “The industry has fared well, as more corporates seek financing for expansion and financing means outside of conventional bank lending, which has become attractive due to the longer tenor, greater flexibility, and mostly lower cost”, says Elizabeth Ebi, Group Managing Director and CEO of Futureview Group.

Bonded in history
The company featured prominently in Nigeria’s investment banking landscape for the last 20 years, and the investment banking outfit was one of two stockbrokers and financial advisers appointed by the federal government to advise on the first NGN 150bn ($833m) bond to the public in 2003. That was the country’s largest ever offering of debt securities at the time, and Futureview is remembered even today for having a hand in a pivotal point in Nigeria’s financial history. Still, the firm’s contributions do not stop there, and the investment bank has since played a key role in supporting the Nigerian financial services sector and wider economy.

Steps taken by policymakers recently have been successful in reducing the banking industry’s exposure to risk, and Nigeria’s banks are in a far more advantageous position today than they were a year ago

“As Futureview basks in its past and present achievements as a company, we realise the importance of the legacy we hold to our customers and the financial industry in Nigeria as a whole. We are committed to excellence in providing optimal service and results to our customers and growing our base beyond Nigeria and into the world”, says Ebi. “After 20 years, we remain one of the best because of our willingness to evolve and adapt to the changes surrounding us.”

The company contributed to raising amounts totalling in excess of NGN 4trn ($23.8bn) in the Nigerian capital market, on behalf of public and private clients, and was co-arranger on raising NGN 82bn ($500m) for Seplat – the first indigenous company to be listed on both the Nigerian stock Exchange and the main board of the London Stock Exchange. “In plain words, we can offer the bespoke, prompt client service that we proudly know of and hone our staff to work optimally for the client’s success first. We strive to explore the in-depth needs of our clients when it involves their investments and position ourselves to be their solution provider or at the very least, their first point of consultation towards financial success.”

The harsh truth of the matter, however, is that Futureview is based in a Nigerian economy where change is constant; where currency shifts are volatile, oil prices are low and civil unrest is threatening to destabilise the market. “All this has led to significant volatility in investment assets and the performance of economic indicators for the period”, says Ebi. “The benchmark oil price for revenue projections in the budget for 2015 was twice reviewed downwards by the federal government, with proposed reductions in infrastructure development and capital projects.”

On the upside, steps taken by policymakers recently have been successful in reducing the banking industry’s exposure to risk, and the country’s banks are in a far more advantageous position today than they were a year ago. The Central Bank of Nigeria’s (CBN) contractionary monetary policy and improved initiatives to facilitate growth in agricultural production have each stemmed the country’s decline by keeping to the bank’s single digit inflation target – 7.90 percent as of November 2014.

No room for complacency
Ebi also highlights that the exchange rate was moved from NGN 155 against the dollar to NGN 168, and the band around the midpoint was also widened by 200 basis points from +/-three percent to +/-five percent – a decision that formed a major part of the CBN’s plans to stablilise the domestic currency, curb excess liquidity in the system and encourage real sector lending. While the economy is still struggling to realise its full potential, the reforms made by the government and central bank bode well for Nigeria’s future prosperity.

Even still, the economy is expected to encounter a number of challenges in 2015, and proposed reductions in government expenditure, particularly in regards to infrastructure development and capital projects, together with stricter liquidity requirements and elections in the first quarter, are likely to undermine economic growth. Therefore, in order for companies like Futureview to weather this rocky outlook, they must adjust their strategies accordingly and look to bolster their products and services on offer. “Futureview contributes to the Nigerian economy by facilitating this growth and development in the public and private sectors”, says Ebi. “The company contributes directly in a number of ways. By building human capacity and building resource capacity through access to cheaper funding for all levels of government and economic endeavours, especially infrastructure; by providing innovative capital raising means and corporate and financial advisory services; by acting as a liaison and providing a platform for foreign investors with portfolio investments, as well as sourcing them to lucrative projects or funding opportunities for select government initiatives; and by bringing new and existing companies to list on the exchange.”

In keeping with the rate at which Nigeria’s financial services are evolving, Futureview has, after 20 years in the market, decided to embark upon a major rebranding process. “Our decision to embark on this rebranding heralds a new phase of business model restructuring and process automation to improve efficiencies for the timely delivery of exceptional value to our clients”, says Ebi. “We will continue to evolve our service as well as products and processes to ensure that the high standards of service we pride ourselves on delivering to our clients will reach even greater heights. We are confident in our quest to sharpen our competitive edge.”

The firm’s focus does not rest simply with Nigeria, and Futureview’s decision to rebrand is rooted in its wider ambitions to boost its presence in the continent and beyond. “Further expansion always means altering processes, changing roles and most often the personnel administering the expansion efforts. Change can be good and in our case very necessary, but it can also be uneasy knowing sometimes you may tread in unfamiliar terrain. But with new challenges also comes an opportunity to learn and grow, and we most certainly embrace it”, says Ebi. “Even at the current point of our rebranding exercise, we are boldly coming out of the financial turmoil since 2008.”

As it stands, Futureview has branches in Lagos, Abuja and Port Harcourt, which have each been chosen as strategic commercial locations within Nigeria that allow the firm to better serve its clients and introduce new business opportunities. Beyond Nigeria, the company has close ties with partners in Ghana, South Africa, Ethiopia and Tanzania, with a strong regional presence. However, Futureview’s ambitions are far from confined to its own continent, “we aspire to grow and establish a stronger physical presence in those countries and span across to other parts of the world,” says Ebi.

“Futureview aspires to be named among the best investment banks in the world. When it is all said and done, the company should always be named the first in the African continent and consistently among the top five in the world.” In the coming year, the firm will continue its strategic efforts to serve its home base while also gaining ground in upward trending, economically sound African nations. By also forming partnerships with ‘high interest in African investment’ countries, particularly those in Europe and Asia, Futureview will be looking to lead by example and show that, while Nigeria is perhaps not the brightest economy, its financial services sector should be recognised among the world’s best.