Hiding in the shadows: the truth behind China’s controversial shadow banking sector

An overworn focus on China has detracted from the real-world dangers of shadow finance, writes Kim Darrah 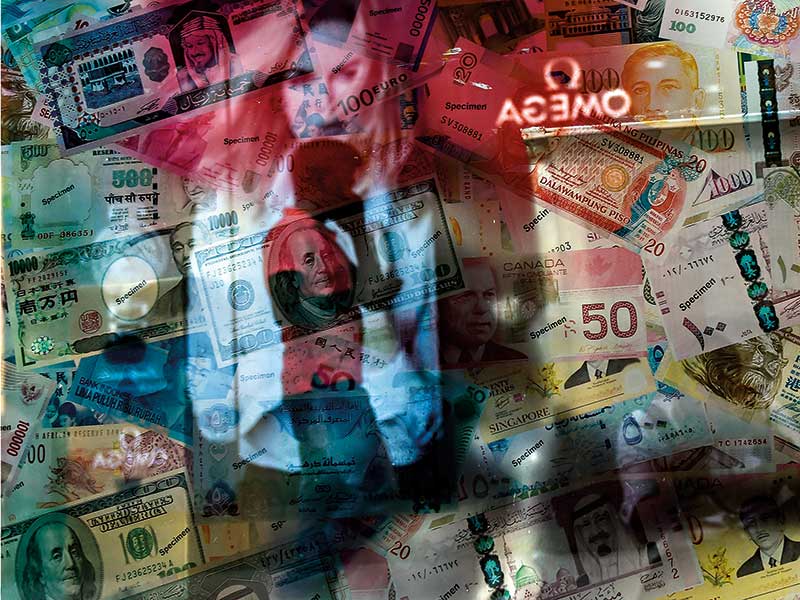 In 2013, Bank of England Governor Mark Carney asserted: “The last financial crisis in the advanced countries is finished. The greatest risk is the parallel banking sector in the big developing countries.” Following Carney’s remarks, analysts were quick to point out that he was likely alluding to the fast-materialising Chinese shadow finance sector.

In the years since, aggressive growth in China’s non-bank financial institutions – from securities firms to trust and asset management companies – has led commentators to stress the threat of a Chinese shadow banking crisis, often warning that such an event could have global implications.

Such concerns were once again brought into focus in late April, when a regulatory crackdown in China triggered a dramatic exodus of funds from wealth management products known as ‘entrusted investments’. As the funds unwound, $315bn in stock market value was erased over the course of just six days.

It was against this backdrop that the Chairman of China’s Banking Regulatory Commission, Guo Shuqing, quipped the state of the Chinese financial landscape amounted to “chaos”. This incident confirmed the anxieties of many onlookers, who believed the Chinese shadow sector had become too large and unruly for authorities to control.

Shedding light on China
Though one could be forgiven for assuming the Chinese shadow banking sector was on the verge of collapse, this concern may be overhyped. While on the surface the sector appears to be growing at an alarming rate, this fact masks some of the more critical details regarding the nature of Chinese shadow banking.

Total assets at risk from shadow banking in 2015

World Finance spoke to Daniela Gabor, Professor of Economics and Macro-Finance at the University of the West of England, whose research focuses on shadow banking activities. “It is just an alarmist story”, she said. “I don’t see the same potential for systemic crises and runs that you have in the US shadow banking sector.”

In the US and Europe, the kind of runs triggered by the shadow banking sector are characterised by liquidity and haircut spirals, prompting shadow banks – as well as ordinary banks – to lose access to wholesale collateralised funding. According to Gabor: “The systemic risk comes from volatile collateral valuation practices: when you have asset prices falling, then those assets that are used as collateral to raise wholesale funding generate margin calls.”

Unlike the US and Europe, China doesn’t have fully liberalised repo markets, and its collateral valuation practices differ considerably. As a result, it remains relatively protected from the kinds of fire sales or liquidity crises seen in the western finance sector.

Darker shadows
Meanwhile, more substantive dangers lie elsewhere. “For now, everything depends on whether there will be a major revision to Basel III… [something] that Donald Trump seems to be intent on”, Gabor said.

Owing to post-crisis regulations, growth in the wider shadow banking sector has been somewhat restrained in recent years. The latest figures published by the Financial Stability Board (FSB) revealed its ‘narrow measure’ of shadow finance – which focuses on areas within the non-bank financial sector where risks to financial stability may arise from shadow banking – reached $34trn in 2015, up 3.2 percent from the previous year.

At the same time, reliance on wholesale funding from other financial institutions (a proxy for shadow banks) has actually declined. Indeed, according to Gabor: “The Basel III new rules on liquidity and leverage, together with the FSB rules on reform of money market funds and repo markets – however diluted – are constraining the kind of pre-crisis dynamics that we have seen.”

As a result, the relative stability seen today is severely threatened by Trump’s conviction that such post-crisis regulation acts as a gratuitous obstacle to bank lending. Basel III regulations aim to provide a global framework that levels the playing field between banks in different geographical locations. Crucially, this means if the US reneges on its commitment to the rules, it is likely Europe will follow suit, which amplifies the risk of such a move from the Trump administration.

Accordingly, when it comes to concerns over the emergence of an unmanageable shadow banking sector, advanced economies would be at fault to assume all risks have shifted elsewhere.