Britain’s biggest bank, HSBC, has been approaching executives about a possible IPO of its retail brand, according to reports, writes Rita Lobo 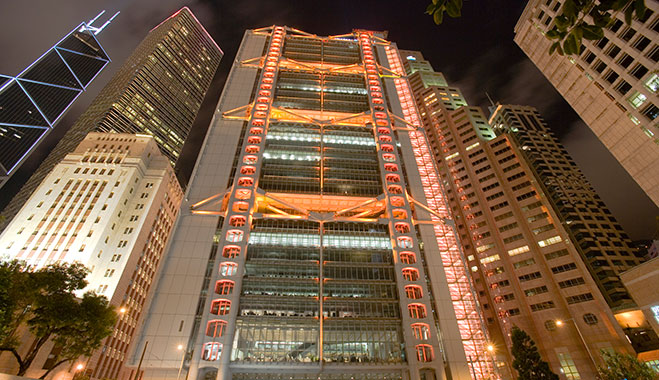 It has been reported that HSBC has been approaching investors about potentially floating its UK arm on the London Stock Exchange. The move would cash in on its position as Britain’s largest bank, and address new regulations that demand retail banking operations are ring-fenced from investment banking.

The Financial Times has reported that over the last few weeks the bank has been asking investors if they would be in favour of a potential sale of a considerable stake in the UK arm of HSBC. The newspaper also suggested that the matter had been raised informally at board level.

It has been estimated that a floatation of the UK arm of the bank could be worth up to £20bn. It has been speculated that the potential floatation, which is said to be in its early stages, could be of up to 30 percent of the total UK retail and commercial operation.

New EU state aid penalties imposed after the series of government bailouts have led to a series of banks, including Lloyds and RBS, to announce upcoming floatations of their subsidiaries. The so-called Vickers Rule demands that banks ring-fence their retail operations, including customer deposits and small business loans, from any sort of investment banking activity.

Though formal separation is not compulsory under the rule, the many large banking institutions are taking it one step further and floating their retail businesses. There have been suggestions that Virgin Money and Santander could float part of their retail operations soon.

“Given the trouble you have to go to to establish a self-contained operation, with its own capital and governance, you might as well go the whole hog and spin it off,” one executive who knows HSBC well told The Daily Telegraph.

HSBC has been vocal about its distaste for the ever-increasing costs of being a regulated bank in the UK. Because of the sheer volume of its UK operations, it is expected that HSBC will contribute up to 40 percent of the industry bank levy imposed by the Treasury – a figure to the tune of £900m this year. Recently the bank has even suggested moving its headquarters from London to Hong Kong, though that seems to be largely off the table for now.

The FT suggests that executives believe that a UK floatation would also make sense in terms of upcoming valuations as it would mean the bank could capitalise on the investor interest in its shares, which could in turn be converted into better ratings for the whole group.