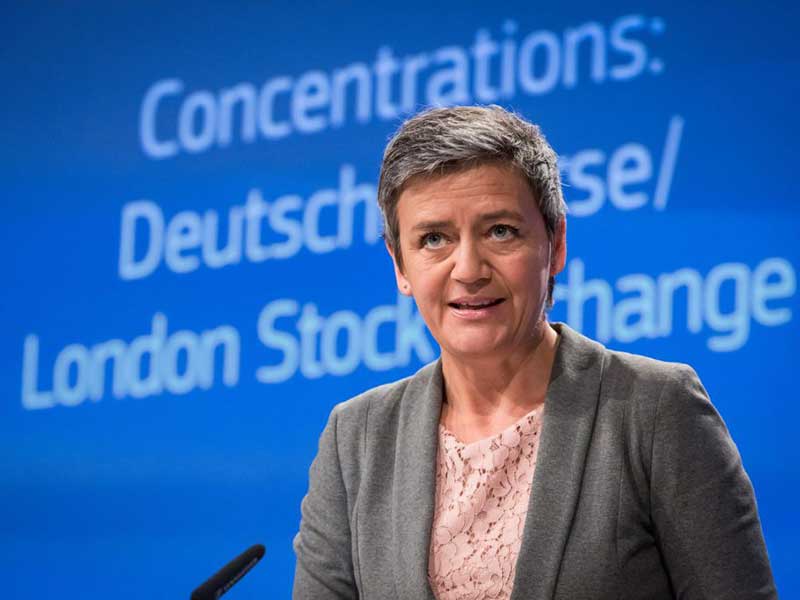 On March 29, European regulators struck down an attempted $31bn merger between the London Stock Exchange (LSE) and Deutsche Börse, citing concerns over competition. The move occurred on the same day the UK government began the process of leaving the EU by triggering article 50.

“In some markets Deutsche Börse and London Stock Exchange both provide the same services. In some of these markets they are essentially the only players and the merger would therefore have led to a de facto monopoly”, said European Competition Commissioner Margrethe Vestager.

Discussions of the merger began in January 2016, with many spectators considering the move to be a bet against the UK’s EU referendum

Together, the LSE and Börse dominate the UK, German and Italian stock exchanges, as well as controlling several clearing houses across Europe. This sparked concerns the combined entity would undermine competition services for bond trades.

Discussions of the merger began in January 2016, with many spectators considering the move to be a bet against the UK’s EU referendum, which was held in June 2016. The deal was curbed after the UK voted to leave the EU, with issues including the location of the combined entity’s headquarters and clearing business putting a strain on negotiations.

Speaking in January, European Central Bank (ECB) President Mario Draghi said: “The UK’s withdrawal… may lead to a loss of oversight and supervision of UK central counterparties by the ECB. Thus, it will be important to find solutions that at least preserve, or ideally enhance, the current level of supervision and oversight.”

The exchanges now face a number of challenges moving forward: the LSE, for example, offered shareholders a £200m ($248.9m) buyback to compensate for the deal’s collapse. The LSE later revealed this figure roughly equated to the return it expected should the deal have succeeded.

GreySpark Partners CEO Frederic Ponzo stated: “Börse is under more pressure to do something… it is a bit sub-scale to compete on a global basis in the derivatives market. CME and ICE competition is only going to intensify as more derivatives are cleared.”