Kuwait’s banking sector has done much to boost the local economy, helping the country to diversify and lessen the impact of the current low-oil-price environment 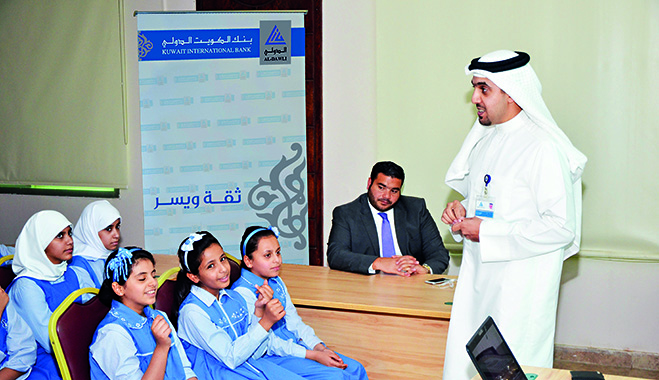 A robust and highly regulated banking sector has helped a great deal to support Kuwait’s economy, which has been severely affected by the declining price of oil. Without a solid banking sector, the Kuwaiti economy would likely struggle to negotiate the pitfalls that have so characterised its past. Now, a burgeoning banking sector is supporting not just economic, but social developments in an economy that has been stymied by a new low-oil-price environment. Within a banking sector boasting a number of prominent institutions that serve a range of needs, one bank has risen to prominence on the Islamic banking front – Kuwait International Bank (KIB).

Incorporated in 1973 and originally known as Kuwait Real Estate Bank, since 2007 KIB has operated according to Shariah law, and has demonstrated time and again that banking has an important part to play in Kuwait’s development. Known for its operational excellence, customer focus, innovative products and outstanding service, KIB has been instrumental in the development of the banking sector at large, serving as an active participant in the economic and social development of Kuwait. Far from alone in this regard, KIB is only one name, albeit a major one, in Kuwait’s fast-growing banking sector.

Going beyond individual banks, the country’s central bank has been instrumental in keeping the sector robust, having introduced prudent regulations in line with international best practices, in a bid to mitigate the risks born of a low oil price environment. As a result, the Kuwaiti banking sector accounts for upwards of 80 percent of the country’s financial system, and its well-capitalised and profitable operations have created an environment wherein local businesses can rely on banks to provide credit and keep pace with the evolution of international banking standards like Basel III.

Looking at the country’s economic performance over the past few years, the sector has been especially influential in drumming up much-needed funding for development projects and in boosting employment. What’s more, banking has supported entrepreneurship wherever it can by creating tailored products and services for SMEs and inviting locals to participate in businesses of their own.

Apart from the sector’s influence on the economy, the prosperity of any non-oil sector is important for Kuwait in that it reduces the country’s singular reliance on oil. Banking, therefore, is something of a safety net for the Kuwaiti economy, should oil decline further than it has done in recent months, and, aside from the issue of diversification, the sector has boosted financial and social wellbeing, all while creating new opportunities for local businesses.

The issues plaguing Kuwait’s economy, at a local and international level, are incentives to pursue genuinely innovative advancements and find inventive solutions

Oil low
All this isn’t to say that there aren’t still challenges for the local economy, and a new low oil price environment has placed an additional burden on the government. As recently as March 2012, Brent crude oil prices stood at $128.14 per barrel, so it’s understandable that a new sub-$50 price has inflicted major pains on oil producing nations, not least Kuwait.

Having posted an 11.7-percent surplus in 2013/14, the country racked up a 4.4-percent fiscal deficit the following year – excluding income derived from investment and a 25-percent contribution to the Future Generations Fund. Effectively, the fallout has reduced the country’s real GDP growth to zero, although capital spending plans for development projects have been largely unaffected. This is true not just for today but also years past, and lower oil prices have rarely influenced government or private expenditure by any significant degree. As far as the short-term fiscal deficit is concerned, $16.4bn of government money is parked with local banks, and this, together with financial reserves equivalent to almost 300 percent of GDP, should offset any shortfall.

Looking at the figures for 2013, government and private sector consumption expenditure represented 41 percent of GDP, whereas the hydrocarbon industry accounted for 55.9 percent of total output and 93.6 percent of government revenue. Oil prices, therefore, go some way towards determining the government’s fiscal balance, and price movements are sure to have a material impact on bank deposits. However, excess funding among Kuwaiti banks means that the consequences of a price swing are less than they could be.

Although the consequences of a short-term price drop are few, the issue underlines the importance of fiscal consolidation in Kuwait, as the government continues to implement far-reaching reforms. In light of the oil price slump, more progress has been made on this front, not least in 2014 and 2015, when the government started to rethink the introduction of corporate and value added tax, and initiate a series of subsidy reforms. On this same point, the National Assembly has launched a wage bill reform initiative, to give the government more control over the wage bill and in capping annual salary increases, as well as initiatives to enhance PPPs, private sector development and SME support. Nonetheless, there is a great deal more to be done if the country is to increase the private sector’s contribution to economic growth and diversify its economy.

Returning to the ways in which local businesses might be affected by economic uncertainty, it’s true that higher oil revenues of years past have facilitated additional government and private expenditures, which have, in effect, facilitated higher growth rates. The situation described here has created a growth-enabling environment, and this, supported by a formidable banking system, has resulted in fertile ground for local businesses. Encouraging business regulations together with impressive infrastructure have allowed local businesses to operate both locally and internationally, should they choose to take advantage of a stable economic and financial environment and a promising outlook for the local economy.

A strong real estate sector
Aside from banking, real estate has played a major part in Kuwait’s economic progress over the past few years. The sector contributed an impressive $16.1bn in sales and represented 7.7 percent of GDP in 2014. As a result, the real estate and construction sectors account for over 31 percent of credit facilities extended by local banks.

Results for the real estate sector are not all bright, however; the figures for the opening nine months of 2015 show both the count of deals and total sales volume are down relative to 2014. However, a thought should be spared for the fact that returns and prices were not greatly affected until recently, and an economic uptick in the coming months should positively affect the performance of real estate for the year. This could serve as a window for real estate investors to take advantage of valuations and compensate with above-average returns in rental yields.

Into the future
Although the challenges for Kuwait look considerable, those in banking, not least KIB, anticipate a brighter future in the months and years ahead. For KIB, the issues plaguing Kuwait’s economy, at a local and international level, are incentives to pursue genuinely innovative advancements and find inventive solutions. The bank has set a positive outlook for Kuwait’s economy, and sees the slump in oil prices as an opportunity for policymakers to introduce much-needed reforms and accelerate economic developments. Indeed, in terms of the fiscal reforms initiated by the government, the bank expects to reap the rewards in the coming years, and expects the improved economic climate to benefit the banking community at large.

Looking at the steps taken by the country’s central bank and other regulatory authorities, the financial system is in better shape today than perhaps it ever has been. KIB has decided, therefore, to set out a strategy for 2015-20, not to mention a long list of ambitious targets, as it looks to become the fastest growing bank in Kuwait and the first choice for the country’s youth. Should the bank’s plans succeed, they will benefit customers and investors both, and reinforce KIB’s status as a financial institution of significant influence on the local economy.