While Sri Lanka’s larger economy is stumbling, its banks are flourishing. Sampath Bank exemplifies how banks can succeed in a shaky economy 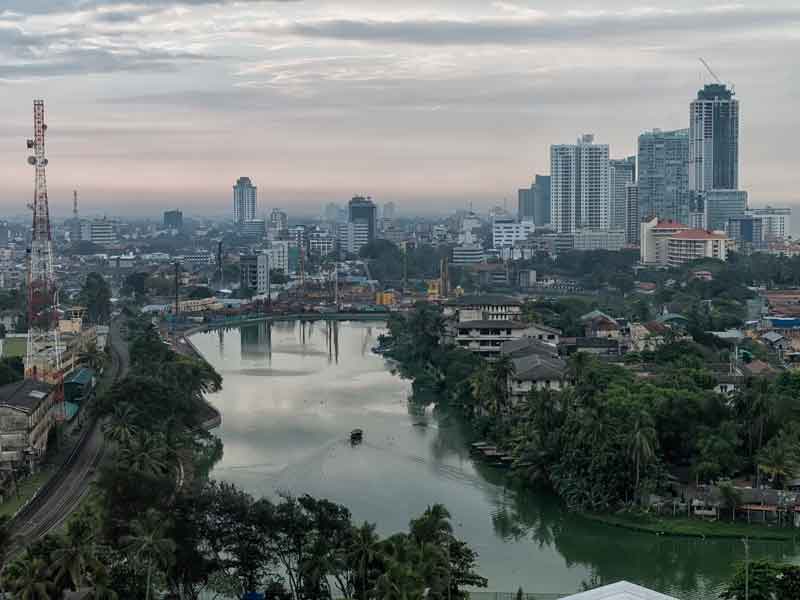 Overall, 2016 will be remembered as a challenging year for Sri Lanka. Disappointing performance in the agriculture, transportation and real estate sectors dragged GDP growth down, dwindling to 4.5 percent from 4.8 percent in 2015.

Paradoxically, however, rather than being held back, the banking sector has witnessed steady growth. Sampath Bank is a prime example of the kind of fresh approach that typifies the innovation driving growth against the odds.

In particular, the Sri Lankan economy has been held back as a result of muted growth in the agricultural sector. This comes down to a combination of factors, including erratic weather conditions, rising interest rates and an adverse global environment.

Adverse weather conditions also impacted inflation levels, pushing the rate upwards in the early part of last year before it came to a peak between May and June. These high inflation levels subsided as the year progressed, however, with inflation rates ending the year at 4.2 percent.

Overall, 2016 marked the fourth consecutive year in which inflation has hovered in the mid-to-low single digit territory.

Economic woes
The apparel industry – Sri Lanka’s second-largest foreign exchange earner – also came under pressure in 2016, amid increased uncertainty across key European markets following the unexpected outcome of the Brexit vote. The year saw a decline in imports too, as a result of the high duties imposed by the government to curb vehicle imports.

Meanwhile, ailing external reserves have prompted authorities to negotiate an external fund facility with the IMF, and enter into an ambitious reform programme.

The agreement will provide $1.5bn in parallel with reforms that seek to reduce the country’s fiscal deficit and rebuild foreign exchange reserves. It will also introduce a simpler, more equitable tax system in a bid to restore macroeconomic stability and promote inclusive growth.

On a positive note, while the Sri Lankan economy has been hit by a raft of challenges, 2016 has seen per capita income reach $3,870, putting the country firmly on course to reach its goal of becoming a middle-income economy by 2020.

Riding the storm
Despite being mired in an unstable economic arena, Sri Lanka’s banking industry not only emerged unscathed, but made substantial progress in 2016. Indeed, it has gone from strength to strength to become one of the fastest growing sectors of the economy, and stands out as particularly successful when compared to the banking and finance sectors of other countries in the region.

Illustratively, the quantity of new loans is on an upward trend, with total loans up by 17.5 percent in 2016. This has mainly been driven by an increase in banks lending to the private sector, with a particularly marked increase in loans and advances to construction, consumption, manufacturing, and financial and business services.

This strong credit appetite has led to a 12 percent rise in banking sector assets over the course of the year, while deposits grew by 16.5 percent.

Crucially, at the same time, there has been an industry-wide improvement in credit management strategies and financial discipline. For one, capital and liquidity levels remain well above the minimum regulatory requirement.

Furthermore, in a clear sign of the improving health of Sri Lanka’s banks, the sector-wide non-performing loan ratio declined to 2.6 percent in 2016 from 3.2 percent recorded at the end of 2015.

The accessibility of banking facilities has also been enhanced with the expansion of branch networks and ATM facilities.

Leading the way
The Sampath Bank vision is to be the ‘growing force’ in Sri Lankan financial services. Indeed, as a top-tier bank in Sri Lanka, Sampath Bank has epitomised the positive momentum seen in the banking sector.

As a rule, we always take a proactive stance towards improving strategic alignment to drive stronger growth and deliver the greatest impact on stakeholder value.

Central to a forward-thinking business model is a people-focused approach. Critically, our business is based on strong fundamentals, which, for the past three decades, has helped us to serve the people of Sri Lanka.

At present, the bank serves its customers via a broad network of 229 branches, 381 ATMs and 108 automated cash deposit kiosks.

For the year ahead, we have embraced a broader performance-driven strategy, which will heavily support services and sharpen their alignment with the bank’s core vision.

Specifically, Sampath’s focus continues to be divided between the commercial and retail sectors. For the commercial side, we are strengthening our roots by adopting a two-pronged approach.

First, this involves increasing penetration in order to capture market share in selected retail segments, while simultaneously leveraging our unique solutions to be a trendsetter in the corporate sector.

In the medium term, the bank is also expanding beyond Sri Lanka, with new offshore operations across the region.

Sampath’s strategy ensures that, in spite of external challenges, the bank boasts above average growth across all key indicators. Indeed, we reached record profit levels for 2016, at LKR 9.1bn ($60.8m), the highest since the bank’s inception 30 years ago in 1987. Year-on-year growth in profits after tax was also exceptional, at 49 percent.

This performance was underpinned by an expanding deposit portfolio, improved CASA ratio and stellar asset growth. Notably, at 25.4 percent, our asset growth rate once again far exceeded the industry average of 12 percent.

In another important landmark, Sampath Bank’s total asset base surpassed the LKR 600bn ($3.9bn) mark to reach LKR 659bn ($4.3bn) at the end of 2016. This was achieved over the course of just 30 years – a far shorter period than most other banks – again underscoring Sampath’s remarkable growth.

Furthermore, as a result of our prudent cost management strategies, we were able to reduce our cost-to-income ratio to 47.8 percent by the end of 2016, bringing it below 50 percent for the first time in six years.

The bank’s strong fundamentals have supported strong returns for investors, as well as a steady rise in market value and a constant dividend payout
ratio of around 37 percent.

Driving innovation
Sampath Bank has built a reputation as one of the most innovative banks in Sri Lanka, thanks to the launch of several pioneering products in recent years. By embracing the digital world, the bank has been able to revolutionise the customer experience.

A broad shift towards more digital processes – such as for opening an account – is helping to enable seamless data transmission and the integration of processes with the core banking system.

A key initiative has been the launch of a new user-friendly online tool named the ‘e-Mandate’, which allows customers to complete all account opening forms online for the first time.

Another exciting step forward is the introduction of the online transaction upload system, which gives the electronic banking unit the ability to automate responses coming from the biller’s applications, as well as efficiency in handling reversals.

As part of the digital shift, Sampath is also working to integrate banking into mobile technology, driving forward with the ‘missed call banking’ feature, which allows customers to receive information on their bank balances via their mobile phones.

Introduced to Sri Lanka’s financial sector for the first time, this unique facility allows customers to obtain loans against their fixed deposits by simply submitting an instant loan application through the bank’s secure online platform.

Additionally, for the first time in Sri Lanka, contactless payments have been made possible with the Visa Paywave card, enabling dramatically faster processing of payments, and allowing customers to tap and pay quickly and conveniently in shops.

Digital transformation is also helping to support employees, who are being provided with new online tools such as the ‘e-Operational Guide’, which enables employees to search for documents including operational guidelines, circulars, directives and the e-library system.

Such developments are part of Sampath Bank’s efforts to embrace a continuous learning approach, and help employees to improve their knowledge and perform their jobs more accurately and effectively.