Financial institutions in Singapore will soon be required to give up information on US citizens to the tax authorities, as yet another deal to crack down on tax evasion has been made 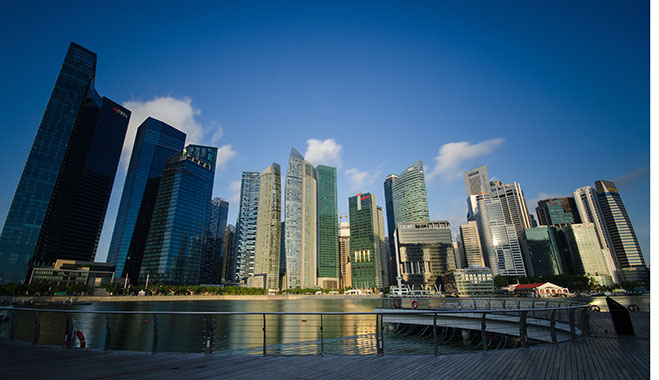 The US has enlisted the help of Singapore in its fight against tax evasion. Singapore has signed a deal which requires it to provide information about US citizens to tax authorities
Banking
Author: Sandra Kilhof

Singapore has joined the ranks of countries which have signed a tax deal with the US, requiring banks, wealth managers and other financial institutions to report information on bank accounts held by US citizens to the US tax authorities. The newly signed FATCA deal is part of the US’ recent years’ efforts to clamp down on tax evasion.

Authorities in the US and Europe have called on offshore financial centres such as Singapore or the Bahamas to be more transparent when it comes to financial affairs. What’s more, Singaporean authorities have been battling to prevent illicit funds from flowing into the country, as its status as one of the world’s fastest-growing wealth management centres grows.

The fight against tax evasion has been playing out as rising global wealth has prompted increasing inflows into financial centres like Switzerland and Hong Kong from high net worth individuals. According to the Capgemini and RBC Global Wealth Report, Asia is expected to become the world’s largest market by value for people with investable assets of $1m or above, by 2015.

What’s more, predictions suggest that Singapore will eventually overtake Switzerland as the world’s largest private banking and wealth management hub. The tax information-sharing agreement will allow Singaporean firms to report US account-holder information to their local tax authority, which will forward it to the US Internal Revenue Service. The deal, a Model 1 IGA, will be finalised by the end of 2014 and also stipulates that the US government can impose a 30 percent withholding tax on certain US gross payments made to non-compliant foreign financial institutions.

So far, more than 30 IGAs have been signed, and an additional 30 agreements are currently waiting to be signed and finalised, including deals with key jurisdictions such as Luxembourg, Jersey and the Cayman Islands, according to the Treasury Department’s website.

Notably, wealth management hubs Bermuda and Switzerland have agreed to Model 2 IGAs, which entails reporting directly to the IRS rather than through a local tax authority. Switzerland has been particularly under fire from US tax authorities due to its long-standing tradition for banking secrecy – a phenomenon that is increasingly threatened as the international agreements on FATCA continue.