The use of public funds to bail out banks in the wake of the 2008 financial crisis caused significant widespread resentment. The next phase of the EU’s banking union intends to prevent the situation from reoccurring 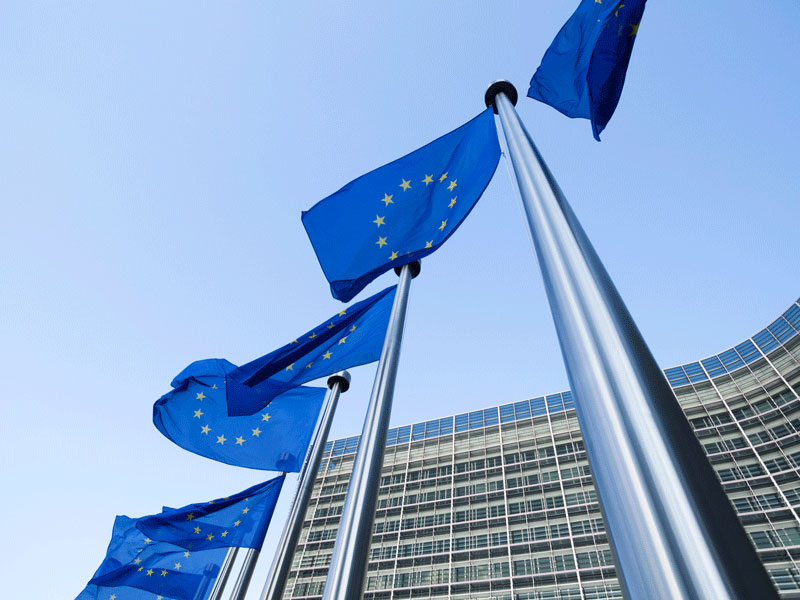 It is hoped that the next phase of the EU’s banking union will be able to prevent the need to use public funds to bail out private banks in the event of another crisis
Banking | Central Banking | Featured
Author: Barclay Ballard

The financial crisis of 2008 should have served as a worldwide wake-up call, but it seems some people are still sleeping. Back then, light-touch regulation allowed banks to grow fat on speculation. When the crisis came, those that were deemed ‘too big to fail’ had to be bailed out at the taxpayer’s expense.

During the last financial crisis, the people and institutions responsible were not held to account, and instead were rescued by the public purse

In the decade or so that has passed since, the global economic climate has improved significantly, but this comes with its own risks. Speaking at the annual conference of the Single Resolution Board (SRB), the EU’s banking resolution authority, in Brussels back in October, Olivier Guersent, the European Commission’s director-general for financial stability, financial services and capital markets union, issued a warning against complacency. “I have the impression that [EU member states] have the false impression that everything’s fine, but everything’s not fine and the job is half done,” Guersent said.

Guersent’s concerns stem from that fact that Europe’s banking union, launched in the wake of the financial crisis, remains incomplete. The union is predicated on three pillars: the Single Supervisory Mechanism (SSM), which came into effect in late 2014; the Single Resolution Mechanism (SRM), which is tasked with restructuring and winding up failing banks; and a European deposit insurance scheme that has
yet to receive approval.

Although the yet-to-be-launched insurance scheme is a concern, issues remain unresolved regarding the SRM as well. Plans are underway to bolster the fund that underpins the mechanism, but challenges preventing a resilient fiscal union remain in place.

Fast and loose
Global capital flows meant the events of 2008 had a wide-ranging impact, with the EU subjected to a particularly protracted downturn. The issues that made the eurozone crisis so pronounced were multifaceted: certain member states must take some of the blame for misrepresenting their levels of debt, while the adoption of a single currency also played a part. Nations that previously had relatively weak currencies were given more favourable credit terms after they began using the euro, contributing to the creation of an economic bubble. When this bubble burst – as it did so spectacularly in 2008 – the result was catastrophic.

Eurozone banks that played fast and loose with their customers’ money suddenly found themselves in financial trouble. National governments were faced with a difficult decision: they could allow the struggling banks to fail, resulting in losses for shareholders and members of the public alike, but there was little way of knowing what kind of social panic might ensue. The size of some of the banks in question made this option particularly problematic. Instead, eurozone governments decided to recapitalise the debt-ridden banks using taxpayer money.

Liabilities were shifted from the private to the public sector on a monumental scale. By 2010, the average public deficit in the eurozone had increased from 0.7 percent before the crisis to six percent (see Fig 1), and overall public debt had gone up from 66 to 85 percent. Collectively, since 2008, more than €1.5trn ($1.7trn) in taxpayer money has been used to bail out failing banks in Europe. Understandably, the public reaction has been a mixture of indignation and fury.

Never again
Although the effects of the eurozone debt crisis are likely to be felt for years to come, the European Commission has acted quickly in its efforts to prevent a similar situation occurring in the future. One of its most important steps has been the introduction of the SRM. The SRB is part of the SRM and was set up in 2015 to work alongside the Resolution Authorities of EU member states to ensure that the problems of banks can be resolved with minimal damage to the real economy. “In assessing the role of the [SRB], it is important to note that if a bank fails, this must not be seen as a failure of the system,” Elke König, chair of the SRB, explained in September. “On the contrary, banks should be able to fail; the exit of failing firms in a free market system is normal. Part of the SRB’s raison d’être is to ensure that we end the concept of ‘too big to fail’.”

The SRB, therefore, is not simply tasked with protecting the global economy: it is part of an effort to change the way national governments think about the financial system. It is also about fairness. During the last financial crisis, the people and institutions responsible were not held to account, and instead were rescued by the public purse. The SRM could help prevent that from happening in the future.

For a rainy day
Essentially, the aim of the SRM is to create a uniform procedure for the resolution of credit institutions and investment firms. Alongside the SSM, it grants the European Central Bank supervisory powers over the euro area’s banks. Should a crisis develop at any of these institutions, action can be taken at EU level to protect the bloc’s financial system from widespread damage.

One of the primary methods the SRM is employing to reform the behaviour of banks is through the creation of a Single Resolution Fund (SRF). This is funded by the banks themselves and is intended to be equal to one percent of insured deposits held by EU credit institutions by 31 December 2023. The fund has been building steadily since 2016 and now holds around €25bn ($28.3bn). While the mix of similar-sounding EU organisations and acronyms can make for confusing reading, the adoption of the SRM should make the act of resolving failing banks simpler and more consistent.

Average public deficit in the eurozone in 2010

of taxpayer money was use to bail out European banks

“The European [SRM] establishes that banks’ losses should be privatised without, in principle, recourse to public funds,” Jean Dermine, a professor of banking and finance at business school INSEAD, told World Finance. “[The SRB] has been created with authority to deal with distressed banks. If needed, the resolution board can use the funds of the SRF to facilitate the restructuring of a distressed bank.”

Trouble ahead
When the debt crisis took hold in Europe a decade ago, ‘resolution’ was not even a banking term. Since then, the EU has managed to set up its banking watchdog and convince financial institutions from across the single market to pool their resources together to protect themselves – and the taxpayer – from future crises. These are impressive achievements, no doubt, but more work needs to be done. In a July 2018 report, the IMF made it clear that the time has come for the eurozone to develop its banking union further.

“The euro area expansion, while still vigorous, is slowing to a more moderate pace,” the report read. “But global and domestic risks are rising, including escalating trade tensions, policy complacency among member states and political shocks. Rebuilding fiscal buffers and addressing structural issues to improve resilience and build support for euro area reforms is now even more urgent. At the same time, completing the banking union and advancing the capital markets union is necessary to foster greater private sector risk sharing.”

A growing SRF may be enough to protect taxpayers from the failure of a smaller bank, but it is likely to come up short if more widespread financial instability occurs. As such, eurozone states have begun discussing the formation of a public backstop to the SRF, allowing the European Stability Mechanism to step in as a lender of last resort. The idea is controversial, however, with European political leaders debating how to ensure the backstop is credible and capable of being deployed rapidly. A robust backstop, if it can be agreed upon, would bolster confidence that resolution can be achieved even when large, complex banks fail.

Second time lucky
Currently, it is not difficult to envisage a scenario where the SRF would struggle to facilitate the orderly resolution of a larger institution. The SRB admitted as much in June 2017, when it forced the sale of the failing Banco Popular bank to Spanish rival Santander for a nominal fee of one euro. Talking about the sale, König confirmed that Santander was able to provide more liquidity than would have been possible through the SRF. Fortunately, a buyer for Banco Popular could be found immediately. For situations where this is not the case, the SRF may be needed.

When the 2008 financial crisis struck, talk of banks requiring an extra $100bn or $200bn of liquidity was not uncommon. If a similar situation were to arise again, the SRF’s holdings would quickly be exhausted. The EU must act now to solidify its banking union while in a period of relative stability.

“Privatisation of bank losses is a step in the right direction,” Dermine said. “However, two other issues must be dealt with. Since deposits with more than seven days maturity could potentially bear losses, this creates a tremendous risk of a bank run. One needs tools to deal with a bank run. Secondly, one cannot ignore the political dimension of imposing losses on retail investors.”

The developing political situation in certain eurozone states will undoubtedly be at the forefront of many people’s minds at the SRB. In Italy, proposals to increase the country’s deficit have been rejected by the European Commission. They may be pursued nonetheless. With debt already standing at more than 130 percent of GDP and much of it being held by the country’s banks, it is here where the next eurozone crisis may emerge. If it does, EU officials will be hoping that its banking union is able to stand up to the challenge this time.