After two years of negotiations, the Volcker rule – cornerstone of the Dodd-Frank Act – has finally been approved 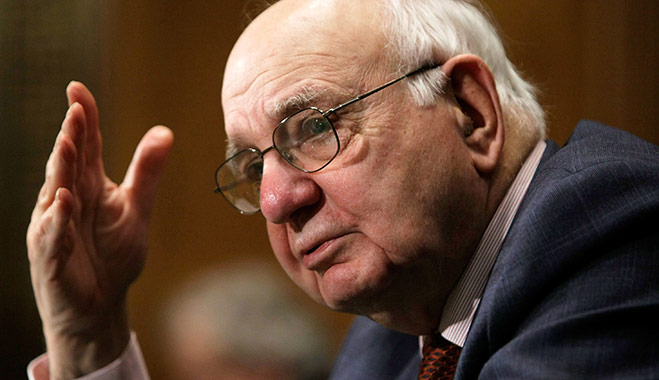 It has been a long road to victory for Former Chairman of the Federal Reserve Paul Volcker. He believes the Volcker rule will help to "rebuild a strong banking system" in the United States
Banking
Author: Rita Lobo

American regulators voted the Volcker rule in yesterday after years of contention. The new law will make it much harder for American financial institutions to indulge in risky speculation.

The rule, named after Paul Volcker, former Chairman of the Federal Reserve, actively bans banks from using their own funds for trading activity, and is the cornerstone of the Dodd-Frank act. Though the Volcker Rule was part of the original act passed in 2010, it faced fierce opposition from Wall Street and had to be amended and changed before being approved in its own right.

Effectively, Volcker rules out proprietary trading, that is, banks will not longer be able to bet using their own accounts, and their CEOs and executives will be subjected to greater regulatory scrutiny and be held more accountable.

Though some banks have suggested the rule is too comprehensive, others have pointed out that it does not sufficiently distinguish between trades made for profit and trades made to hedge against risk, leaving a lot of room for interpretation by regulators. “This is the era of ‘big brother’ banking, where the fortunes of banks are tied to the government like never before,” Credit Agricole banking analyst Mike Mayo told the BBC.

Though the rule was passed, Wall Street won a big concession at the last minute. The rule was passed without any provisions that explicitly prohibit banks from making trades to hedge risks in certain circumstances. For months before yesterday’s vote, banks had been worrying that the rule would be more stringent on that matter, especially since JP Morgan announced losses of $6bn in derivatives trading in 2012. Treasury Secretary Jack Lew had suggested the Volcker Rule would address that type of trading to prevent another such incident occurring in the future.

“Big brother was asleep on the couch before the financial crisis and now big brother seeks to micromanage the banks as a means to prevent future crises, [but] how can anyone in mid-level management really understand a proprietary trade?”

In a statement Barack Obama said: “The Volcker Rule will make it illegal for firms to use government-insured money to make speculative bets that threaten the entire financial system, and demand a new era of accountability from CEOs who must sign off on their firm’s practices.

“Our financial system will be safer and the American people are more secure because we fought to include this protection in the law.”

Volcker, the key advocate of the rule, has said the new provisions is another step in the “larger on-going effort to rebuild a strong banking system fully capable of, and attentive to, meeting the critical financial needs of businesses and individuals.”

“I look forward to a process, called for by the new regulation, in which the boards of directors and the top management of our leading commercial banks will cooperate closely in implementing the new rules within the institutions for which they are responsible,” he added in a statement.

Banks have until July 2015 to make arrangements to comply. The rule, which is stricter than banks had been lobbying for, will likely hurt profits in the short term, while institutions adapt to the new provisions. Critics have insisted that the rule will damage Wall Street’s ability to compete internationally. According to Standard & Poor’s, limiting proprietary trading could cost the eight main players in the market between $2-3bn a year in foreign earnings.

“We are disappointed that regulators may have sacrificed an effective process that could have avoided adverse consequences for Main Street businesses,” said the US Chamber of Commerce’s David Hirschmann in a statement.

“The Chamber asked regulators to re-propose the Volcker Rule in order to identify and fix unintended consequences before the Rule goes into effect.”