The mergers and acquisitions sector witnessed a significant boom in activity during 2018, despite the uncertainty that continues to plague markets across the globe 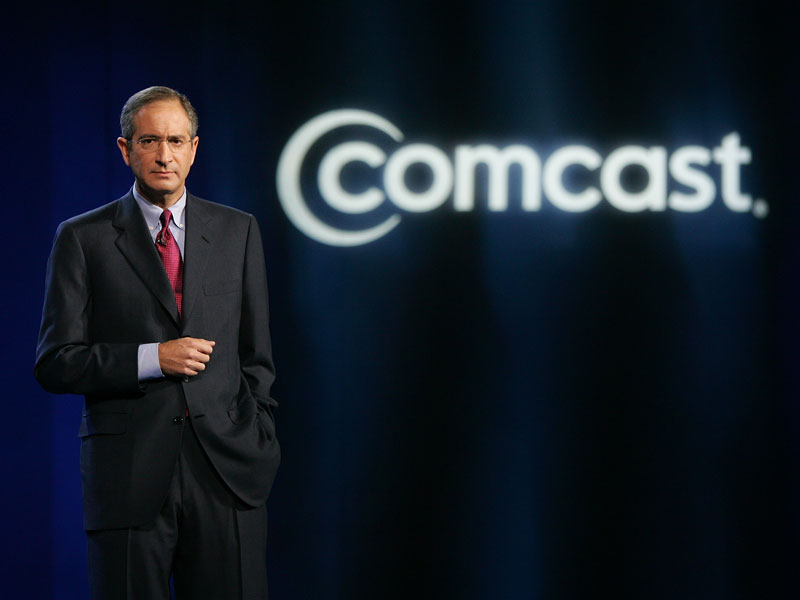 Brian Roberts CEO of Comcast. The company's $53.3bn takeover of Sky in September was just one of a number of mammoth deals that were completed last year
Featured | Markets
Author: Courtney Goldsmith

There was no shortage of disruption to global markets in 2018: the world’s two largest economies are engaged in a heated trade war, the clock is ticking on the UK’s departure from the European Union, and scandals at top tech firms have shaken a once-thriving market. Uncertainty has become the norm for companies operating in this environment, but despite the fact that even the experts cannot anticipate what new political and economic challenges will emerge in the next month, let alone the next 12 months, 2018 is expected to have been a milestone year for mergers and acquisitions (M&A) activity.

M&A activity follows the direction of global stock markets and broader economic developments, both of which were strong for most of 2018

In the first nine months of the year alone, deals worth $3.3trn were agreed, up by 39 percent from the same period in 2017. At the time of World Finance going to print, M&A activity for 2018 is on track to beat the $4.96trn record that was reached in 2007 on the eve of the global financial crisis (see Fig 1). But with many regulatory changes still up in the air, there are questions around whether this surge can be sustained.

Rise of the mega deal
Generally, M&A activity follows the direction of global stock markets and broader economic developments, both of which were strong for most of 2018. In August, for instance, the US achieved the longest bull market run on record after a stock rally that started in March 2009 surpassed a previous record. The market more than quadrupled in that time. In the eurozone, Deloitte said a “robust” economic recovery was underway in 2018, driven by strong consumption and employment growth.

Developments in Asia, meanwhile, were expected to account for nearly two thirds of global growth, according to the IMF. It called the region the most dynamic in the world.

The strong economic environment not only encouraged more deals over the course of the year, but it also spurred bigger ones. The value of the average M&A agreement rose to $1.07bn as of September 2018, according to an analysis by law firm Linklaters. This was just above the average values in 2015 and 2007, two other big years for M&A deals. Stefan Brunnschweiler, who heads up corporate M&A at global law firm CMS, told World Finance that while reviewing a list of the deals his firm had been involved in over the past year, he was surprised by how many were above $1bn. However, the environment has been perfect for mega deals, which are typically defined as being worth $5bn or more. Large companies with access to finance spent the year refocusing their key operations and identifying which assets they could dispose of. “Large parts of companies are spun off and, therefore, mega deals can happen,” Brunnschweiler said.

The significant rise in M&A values even helped mask a five percent drop in the number of deals in the third quarter. Global M&A volume in Q3 2018 slowed after a boom in the first half of the year, according to data from Dealogic. But even with this dip in activity, the total volume in the first nine months of 2018 was still almost a third higher than the previous year, thanks to mega deals.

One of the biggest deals of the year was Takeda Pharmaceutical’s $62bn bid for rival drugmaker Shire. The US telecoms industry was also a strong area for M&A activity in 2018: volume in the sector reached $277.9bn globally in the first nine months of the year, the highest for the period in five years, according to Dealogic. Notable deals agreed during the year included T-Mobile’s $26bn acquisition of Sprint and US cable group Comcast’s $53.3bn takeover of Sky.

Protectionism worries grow
The rising wave of M&A activity in 2018 has been followed by a shadow of growing geopolitical tension. Boardrooms have taken note of protectionist and anti-globalisation policies in some areas of the world, and many worry that this will impact their ability to complete large, cross-border transactions. The most pressing concern on the list is the trade war between the US and China. Multiple Chinese acquisitions have been blocked by the US over national security concerns, including Alibaba’s planned $1.2bn takeover of money transfer firm MoneyGram and Broadcom’s $117bn purchase of Qualcomm. Now, US firms are worried about pursuing deals with any Chinese involvement.

Value of the average M&A agreement in September 2018

Accounting giant EY’s 19th Capital Confidence Barometer, published in October, made it clear that corporate takeover appetite was souring. Just 46 percent of executives expected to actively pursue an acquisition in the next year – the lowest figure for four years. In addition to trade issues between the US and China, the survey of more than 2,600 dealmakers across 45 countries said other trade and tariff issues, such as Brexit and the renegotiation of a trade deal between the US, Canada and Mexico, were compelling some executives to put their M&A plans on hold.

Steve Krouskos, Global Vice Chair for Transaction Advisory Services at EY, wrote in the report that the drop in corporate appetite for M&A was “not surprising”, but that it “remains robust on the whole”. Many companies will proceed with dealmaking plans as they look to gain a competitive advantage, he added. What’s more, in a seeming contradiction to their own plans, many executives predicted the global dealmaking environment would improve in the year ahead. Respondents expected the strongest outlook for the M&A market in the survey’s history, with 90 percent saying it would improve over the next 12 months, up from 57 percent in the same period last year. Just one percent predicted that the M&A market would decline.

While executives do not plan to make acquisitions themselves, they clearly believe others will keep the market alive. The authors of the report explained: “We have seen this dichotomy before in our survey. This is an indication that we will likely see a temporary pause in activity. A brief stop to refuel, so to speak.” This means there may be fewer deals in the near term as companies focus on the integration of any new assets they picked up in the last year.

This introspection will also cause firms to consider the strengths and, just as importantly, the weaknesses of their own portfolios. So while the next year or so may not be as strong as 2018, more assets will likely come to the market and cause deal activity to pick up as early as the second half of 2019.

Positive disruption
Brexit remains an issue for some dealmakers. As part of EY’s Capital Confidence Barometer, a survey of 156 UK firms found that the majority planned to increase their focus on existing operations rather than M&A over the next 12 months, sending M&A intentions to a four-year low. As the 2019 Brexit deadline looms, just 45 percent of UK respondents said they were actively seeking to pursue deals in the next 12 months, down 20 percentage points from July.

As the world’s most important dealmaking partner, the US economy remains the strongest indicator of M&A activity

But those outside the UK have not been put off by the prospect of Brexit Britain. According to Brunnschweiler, there was a surprising uptick in deal activity in the UK over the past year, helped in part by the drop in the country’s currency following the 2016 referendum, but also due to the fact that companies have been forced to reassess their needs in light of the pending regulatory changes. “M&A was pretty active in the UK [in 2018], which leads me to the conclusion that the insecurity and the need for companies to reposition themselves led to quite some deal activity,” Brunnschweiler said.

Others experts have said disruption to regulatory standards or the political norm could actually encourage deals. In an interview with CNBC, Robert Kindler, Vice Chairman and Global Head of M&A at Morgan Stanley, said companies that do not know what to expect in this unpredictable climate could act unpredictably as they come up with new ways to adapt. But Brunnschweiler believes the reaction towards Brexit was the exception to the rule: “All of these geopolitical tensions create an insecurity, and an insecurity normally leads to a situation where companies do less M&A.”

Change on the horizon
In any case, if it holds true that M&A activity follows stock markets and economic indicators, dealmaking in certain parts of the world could be in trouble. The STOXX Europe 600, an index of European stocks, is on track for its worst year since 2011, and Institutional Brokers’ Estimate System data from Refinitiv showed that European companies in the third quarter were delivering their most disappointing earnings in nearly three years.

What’s more, in September, the Organisation for Economic Cooperation and Development cut global growth forecasts for 2018 and 2019, warning that global economic expansion may have peaked. China’s economy, while still growing, has also slowed to its weakest rate of growth since around the time of the financial crisis. As 2018 headed to a close, Brunnschweiler warned that he was not as optimistic as he was in late 2017. “I think a positive environment is still what is driving M&A activity, and indications are there that a boom that was happening for a couple of years is coming to an end,” he said. “If the stock market goes down, if the economy slows down, that will in parallel also slow down M&A activity.”

As the world’s most important dealmaking partner, the US economy remains the strongest indicator of M&A activity. But warning signs are beginning to emerge there, too. Two thirds of US business economists in a recent poll by the National Association for Business Economics said they expect the next recession to begin by the end of 2020. The survey found that 10 percent of economists were expecting the next contraction to begin in 2019, while a further 56 percent said it would occur in 2020.

Experts tend to agree that the biggest current threat to the economy, and thus to resilient M&A activity, is global trade policy. With a number of trade issues remaining unresolved at the end of the year, a period of uncertainty that began in 2016 will likely extend into 2019, and possibly beyond. But companies cannot put their corporate strategies on hold indefinitely: while this M&A boom may have ended its run in 2018, another could be just around the corner.