Empresta Capital knows that green banking is both profitable and responsible

The key to microfinance is to balance social performance, environmental impact and profitability. While this may not be easy, it’s an extremely worthwhile endeavour 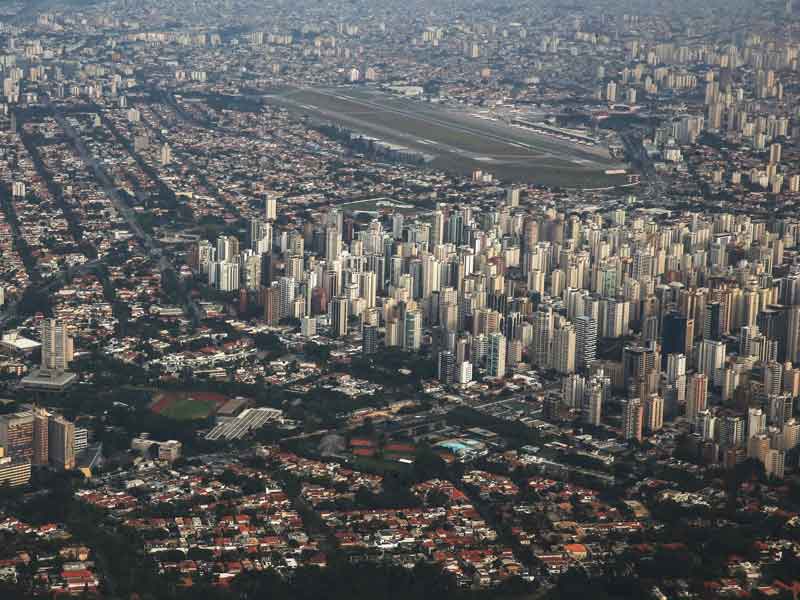 With most of the developing world suffering from a high degree of social uncertainty and environmental damage, it has never been more important to have real investment opportunities that provide a combination of a good financial return and a positive environmental and social impact. But is it possible to balance such different goals in a single project or investment without being rhetorical, or even theoretical?

It is sometimes suggested that microfinance is a solution to this problem. By focusing on specific niches and providing a different product design and customer approach, it is possible for microfinance players not only to see positive financial returns by appealing to the underserved masses, but also to have a very positive social and environmental impact.

This mutual benefit is being realised worldwide, as can be seen in the growth of microfinance investment vehicles in recent years (see Fig 1). Brazilian model
Despite having a well-organised and strong financial system, the major players in the Brazilian market have never truly focused on microfinance as a profitable niche. This is, in part, explained by the amounts of money poured into the market by the last three governments, which almost nationalised credit for the masses without any real concerns about risk control or collection procedures.

Furthermore, the amount of customisation available for certain financial offerings, the need to speak a different customer language, and the intrinsic costs involved in reaching certain niches can perhaps explain why there has never been a lot of traction from the major banking players.

Fortunately, given the almost continental size of Brazil – with more than 207 million inhabitants – there are plenty of opportunities for those who really want to focus on the microfinance world.

What’s more, the timing has never been better, given the complete withdrawal of the government from the local microfinance market after a turbulent political and economic period that culminated in an impeached president, a poorly supported new government, and a fragile market. In fact, there is so much opportunity for investment in this area that it’s important to balance one’s efforts and focus in order not to lose control and incur unnecessary risk.

Since 2004, Empresta Capital has been one of the pioneers of microfinance in Brazil. It is a financial institution authorised and regulated by the Brazilian Central Bank to provide microfinance throughout the country.

In 2012, it was named the most innovative microfinance provider in the country by Citibank and, in 2013, it was given the Brazilian Microfinance Association’s highest award.

In 2009, Empresta became the first financial institution to build a specific open microfinance investment vehicle in Brazil. This, in turn, helped the company to stand out from its competitors as well as dissociate itself from the image of a purely social and philanthropic player.

Since then, the fund has consistently paid a higher yield to investors without a single month on a negative or close-to-risk-free rate. In 2014, after a long period of experimentation, Empresta also became the first financial institution in Brazil to offer a fully online, paperless variant of a traditional credit offering, making use of a fintech app.

Microfinance brings complicated regulations, governance and financial solutions to a straight-talking, ‘no frills’ customer base. This creates the need for a sensible and controlled process, intended to maximise customer understanding and balance this with adequate risk control.

By focusing on specific niches, it is easier not only to adapt one’s offerings, language and business DNA to a customer base, but also to understand the risks involved in providing financial solutions, such as credit, to that customer base.

Given the fact that most microfinance initiatives are aimed at an underserved customer base, a positive social response can be expected. Most microfinance customers are located in underprivileged areas, and credit facilities and financial products offer an important boost to local productivity.

As an example, many people in Brazil are employed in residential and commercial condominiums in low-wage jobs. In order to supplement their income, many of these workers have a second job outside their normal working hours.

In cities along the coast, for example, they might sell beverages and refreshments to tourists during weekends and public holidays. The products they sell are themselves bought from small providers in the local community. By extending credit to those providers, it is possible to generate direct and indirect jobs in the community.

Given the considerable cost reduction that a well-implemented energy efficient project can provide, Empresta enjoys a very low default rate from this customer base

Within its niche strategy, Empresta Capital focuses on a very specific customer base: micro and small entrepreneurs serving a long supply chain of local, residential and condominium buildings in different areas of the country.

Given the economic challenges faced by the country, especially since 2014, local condominium operators have tried to scale down costs in order to reduce fees for tenants. New and upcoming environmental technology and energy-efficient projects have played a key role in this respect.

In general, micro and small entrepreneurs are the common service and product providers of those projects, given the small scale of the average condominium.

Empresta Capital has been actively financing these micro and small entrepreneurs to help them develop solutions such as sun panels, green spaces on rooftops, LED lighting, and water efficiency solutions (e.g. rainwater stocking and recycling).

This is what we call ‘green microfinance’. By extending credit to micro and small providers, it is possible to generate a very positive environmental impact on a local cluster, such as a condominium building.

What’s more, given the considerable cost reduction that a well-implemented energy efficient project can provide, Empresta enjoys a very low default rate from this customer base.

Tech revolution
Technology has played a key role in enabling Empresta to reach new frontiers. For traditional banks, there are many costs involved in servicing a small loan, most of which are due to the higher concentration ratio that they tend to operate.

Empresta, on the other hand, has an average loan size of around $1,200, which allows for a much higher number of loans without the associated risk that traditional banks take on.

Internal processes and formalisation also play a key role in enabling access to a larger customer base before incurring unnecessary risk. By implementing new technology, especially mobile apps, not only can Empresta empower customers with a simpler proposition, it can also improve its operational and risk efficiency. All Empresta’s operations are paperless, easily tracked, and contained in a simple and easy-to-use customer interface.

As discussed previously, a well-constructed and implemented microfinance project can be a valuable tool to reduce negative social and environmental impacts, and increase investor profitability; in short – it pays to be green. However, without going too deeply into macroeconomic factors, microfinance operators do face a number of challenges.

One of the main difficulties is how to measure a project’s impact on a community or on the environment. One of the main efforts being made to tackle this issue is the Social Performance Task Force – a joint effort from social investors and microfinance operators to standardise the way impact is measured in specific projects.

It forces operators to monitor and provide feedback on social and environmental factors, both at the strategic stage and in terms of the actual process, as well as providing information on corporate governance and internal policies.

It also encourages microfinance institutions to build specific micro-metrics teams or departments, directly linked to board members and corporate governance policies, so that the data can be put to use in driving the company’s ongoing strategy.

When it comes to a broader microfinance project, a long-term approach needs to be considered and constant feedback is necessary to adjust policies in order to provide a business environment that fosters social and environmental impact in a sustainable and profitable way.

Of course, these hurdles are significant, but the benefits of microfinance are important enough that they must be surmounted. The innovative use of technology to plan, monitor and improve the success of projects can allow a dedicated provider to overcome almost any challenge.