Discovering the makings of a successful cryptocurrency

Bitcoin is facing competition from younger, faster, funnier and more creative rivals. But, Kim Darrah asks, where is it all leading us? 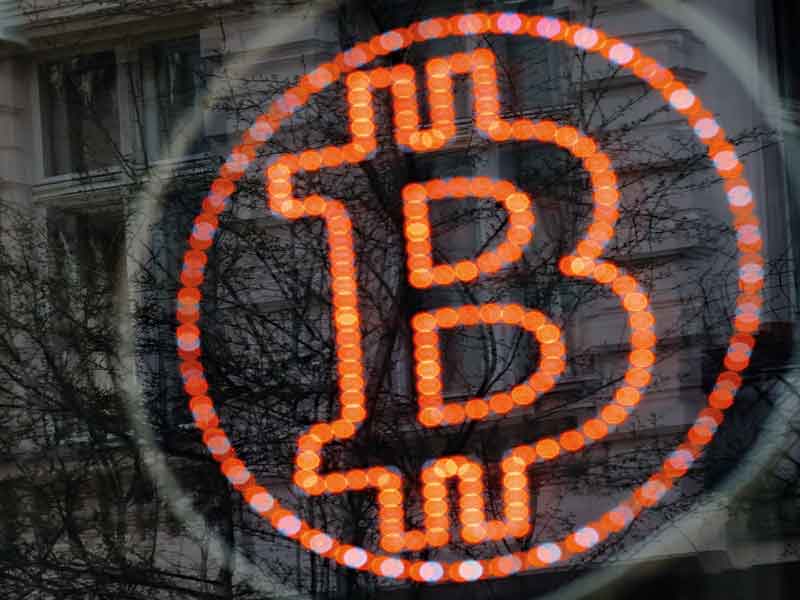 Bitcoin, the biggest cryptocurrency in the market, is not the main focus of the crypto-boom – this is instead centred on the less-well-known world of ‘altcoins’
Cryptocurrency | Markets
Author: Kim Darrah

If you were to ask 10 different people what makes a cryptocurrency successful, you would get 10 different answers. And yet, today’s wave of crypto-mania makes this a relevant question. Since the start of 2017, cryptocurrency valuations have stuttered their way to giddy new highs. In August, for the first time ever, the total value of cryptocurrencies exceeded $150bn – up from $25bn just five months earlier.

By the beginning of September 2017, the market capitalisation of bitcoin had surged by 500 percent since the beginning of the year. And yet, bitcoin itself is not the main focus of the crypto-boom – this is instead centred on the less-well-known world of ‘altcoins’. In fact, at the time of writing, the two biggest cryptocurrencies following bitcoin – Ripple and Ether – have both seen their market capitalisation rocket by over 2,000 percent since the start of 2017.

As a result, bitcoin is no longer the all-dominating presence it once was. For years it has taken up around 80 percent of the sector, but its market capitalisation has now dipped below that of the combined total of other cryptocoins. This brings its market presence to below 50 percent for the first time ever.

New bids on the block
There are now close to 1,000 cryptocurrencies in existence, and success stories are easy to come by. At the more outrageous end of the spectrum is Dogecoin, a cryptocurrency built around an internet meme. Initially introduced as a joke, the currency’s logo features ‘doge’, the wide-eyed Shiba Inu dog-turned-meme, who is accompanied by meme-inspired font, Comic Sans.

Despite the fact it was more or less invented as a parody cryptocurrency, the coin quickly gained a network of admirers willing to buy in. The concept was popular, and in the world of cryptocurrencies, popularity equals value. Dogecoin recently jumped to a market capitalisation of $189m.

The story of Dogecoin is an excellent reflection of the absurdity of the cryptocurrency market, but this is also just one side of it. The reality is that while it appears as if bubbles are emerging in every corner of the market, cryptocurrencies also have a growing number of more practical uses.

Many crypto success stories consist of those currencies that were created in bitcoin’s image, but with various tweaks to make them function a little better. The result is a scattering of competing currencies with attributes that can be handpicked depending on one’s personal priorities, be it security, privacy, anonymity or speed. For instance, Litecoin was set up in 2011 and is almost technologically identical to bitcoin. However, it boasts certain enhancements, like a more efficient mining protocol and a greater processing speed for transactions.

It reached a market capitalisation of $4bn for the first time in September, and is now the fifth most successful cryptocurrency (by market capitalisation) after bitcoin, Bitcoin Cash, Ripple and Ether. Another example is Monero, which offers a similar function to bitcoin, but with enhanced privacy and improvements in scalability. Working on a similar theme, Anoncoin boasts strict anonymity, while Stablecoin claims to have military-grade encryption.

Many such currencies were able to gain traction by tackling bitcoin’s faults. And yet, the recent excitement behind two of the most successful cryptocurrencies is focused on possible applications beyond those of bitcoin and its lookalikes: According to Hanna Halaburda, author of Beyond Bitcoin: The Economics of Digital Currencies: “While bitcoin is a self-contained cryptocurrency, Ether and [Ripple] are cryptocurrencies supporting broader systems, each with a different functionality.”

Ripple makes waves
Perhaps more than any other, Ripple’s tailor-made currency XRP is the cryptocurrency of the moment. It caught headlines earlier this year after its value increased by 4,000 percent in the first half of 2017.

Ripple itself is a start-up that provides the framework for a cross-border payments system. Its primary motivation is to tackle the very practical problem of the world’s slow and costly payments architecture. Its protocol supports various currencies, including bitcoin, dollars and even units of value like frequent flyer miles.

XRP’s characteristics are determined by its role within the wider framework. According to Daniel Aranda, Managing Director of Ripple’s European division: “That includes a few requirements. One is scalability – the XRP blockchain is already able to handle over 1,000 transactions per second. It also includes speed – you can actually settle on the blockchain within just two to five seconds.”

Ripple’s goal is to build a next-generation cross-border payment system that will allow for any unit of value – whether it’s a dollar, a bitcoin, or even a tenth of a penny – to be moved easily around the world in a matter of seconds.

Part of the momentum behind Ripple is its emphasis on carving out a position in the established financial system. While bitcoin operates largely outside the system, Ripple has now partnered with more than 100 banks, and is developing software that is specifically tailored towards bringing solutions to players in the sector.

Aranda explained: “Our whole goal as a company is to take blockchain and cryptocurrency out of a more experimental and speculative mindset, and have it be driven by the real economic activity, which abides by real use cases.”

While Ripple’s attention is now concentrated on cross-border payment infrastructure, its wider goal is much more ambitious. “We think that these cryptocurrencies and new protocols will be able to create an internet of value,” said Aranda. One protocol currently under development is the interledger, which can connect blockchain ledger technology with traditional centralised ledgers.

This kind of infrastructure, according to Aranda, could enable a whole series of use cases that we can’t even imagine yet, and could provide the basis of a whole new generation of online businesses.

In essence, for Ripple, the XRP currency is simply a tool through which to achieve some very practical goals.

Getting smart
Ethereum has been the subject of a great deal of hype over recent months. Similarly to Ripple, Ethereum is a broader system that provides a new functionality over and above that of bitcoin. The cryptocurrency itself is known as Ether, and it holds many similar characteristics to bitcoin, such as inbuilt incentives for miners to verify transactions.

Ether’s momentum, however, lies in the fact that its broader framework enables smart contracts to be coded directly onto the blockchain. This smart contract functionality has been the subject of intense speculation amid promises of game-changing utility.

Crucially, the technology means that developers can code self-fulfilling contracts using Ether, cutting out the need for a middle man. A transaction can be pre-programmed so that it will only take place when a particular condition is fulfilled, such as if two parties have endorsed it.

For instance, a will or futures contract could move funds automatically based on instructions that had been written in the past.

Ultimately, these kinds of contracts could play a very practical role in the global economy. There are myriad possible applications based around transactions in trade and industry. However, they also have scope to expand beyond traditional contracts and enter the everyday.

One example is that a contract coded into the blockchain through Ethereum could be used to automatically unlock doors when someone transfers a payment to rent an office or flat.

Once again, however, the great promise for Ethereum is that smart contracts have the potential to be applied to purposes that are yet to be invented.

New money’s new appeal
The surge in attention garnered by bitcoin’s alternatives gives rise to the inevitable question of what is driving its value. Bitcoin emerged with the traction of a revolutionary technology that people valued for a range of reasons.

For some people, it was a libertarian triumph providing the hope of a system free of money-printing central banks. To others, it provided a convenient tool with which to evade government detection and engage in the dark economy. To many, anonymity was the essence of its appeal.

The key criticism that can be levied at all cryptocurrencies is that they have no intrinsic value. Unlike gold, which can be used for its physical properties, or dollars, which are given legitimacy by the US Government, they have no value outside of people’s belief in their worth.

In this sense, recent developments and the apparent expansion of potential use cases for cryptocurrencies would suggest a positive momentum, especially given that some new altcoins are being directed towards purposes that are (somewhat) more practical and relevant to real life.

“However,” Halaburda continued, “the actual value of a currency comes mostly from expectations that it will be valued by others. These expectations may be unrelated to the intrinsic usefulness.” Indeed, while interesting new possibilities are arising with regard to cryptocurrencies, a speculative frenzy has stolen the show.