Despite the economic uncertainty that followed Trump’s election, the Dow Jones index has hit unprecedented highs amid expectations of tax cuts and fiscal growth 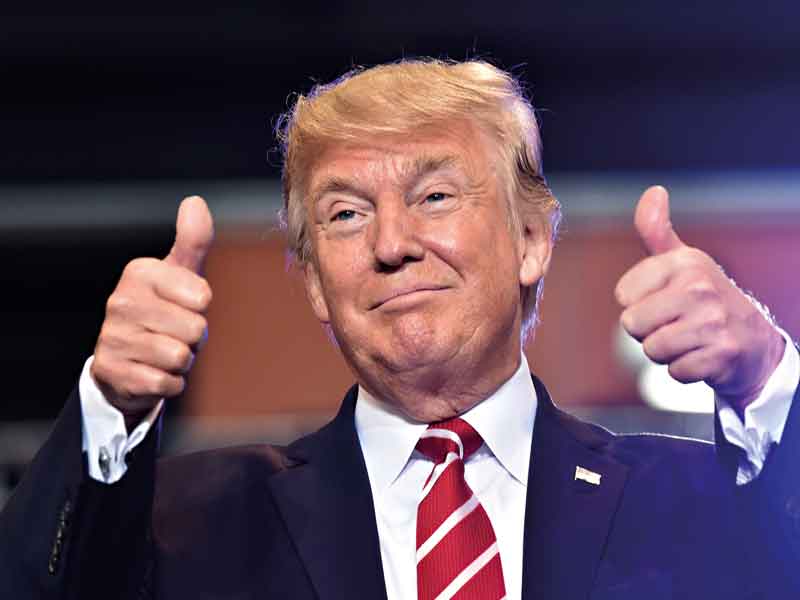 Markets expected to suffer following Trump's election, however quite the opposite occurred. Markets were bullish from the moment the Trump administration took office
Markets
Author: Luján Scarpinelli

In November 2016, economic forecasts were gloomy. Donald Trump had been elected, a market sell-off was predicted, Wall Street was set up for a major crash, and stocks were expected to sink.

However, nearly a year following Trump’s inauguration, no such turmoil has hit. On the contrary, markets were bullish from the moment the Trump administration took office, reaching a peak in August this year.

The upward trajectory was clearly illustrated by the Dow Jones Industrial Average, which reflects movements in the stock prices of the 30 largest American companies listed on the New York Stock Exchange and the Nasdaq Stock Market. Despite political turmoil and high volatility, the index hit a 130-year high.

President Trump anticipated the milestone on Twitter on August 1: “Stock market could hit all-time high 22,000 (again) today. Was 18,000 only six months ago on election day.”

While the president missed his estimate by hours, the following day, the index climbed above the benchmark. It closed at the highest point of what analysts called the ‘Trump bump’, in an attempt to name the unexpected trend.

Records for Dow Jones
The Dow Jones is one of the most followed indexes in the world, along with Wall Street’s broader S&P 500. The Dow is an average of stock prices, and therefore any increase means that firms’ valuations are rising.

But it has limitations: the fact that its components are weighed according to their stock prices makes it sensitive to leading companies’ performances. For example, Boeing, Goldman Sachs, 3M, Apple and McDonald’s are among the firms at top of the list. That said, such shortcomings don’t undermine the index’s importance in monitoring market trends.

Setting new records is not unusual for the Dow Jones: according to Bloomberg data, after the financial crisis in 2008 – when the market indicator collapsed to its lowest level in 13 years – a period of steady growth began.

The index started reaching new highs once the US economy was on track for definitive recovery. In March 2013, the index hit its first milestone after five years of slow growth. From then on, landmarks have come one after the other.

During Barack Obama’s two terms as president, the Dow Jones increased by approximately 150 percent, and continued to climb afterwards. So far, accumulated growth under the Trump administration is around 20 percent.

Politics and policy
While businesses and investors have been more careful in their investments, the US economy has been encouraging, posting three percent growth in the second quarter. Now, the market expects December to bring a forth rate rise. This is in line with an encouraging international environment: global GDP is forecast to rise by 3.5 percent in 2017, according to IMF estimates.

However, markets are looking at the whole picture. A recent JP Morgan report warned: “We have in the past frequently differentiated politics from policy, looking through the first on the ‘it’s just politics’ argument, but paying much attention to the second. However, at some point, politics can interfere with good policy, as the latter requires agreement and leadership.”

In March 2013, the Dow Jones hit its first milestone after five years of slow growth. From then on, landmarks have come one after the other

The report also highlighted an “upside risk on forecasts from improved optimism among companies and households”.

So far, analysts relate the bullish market to big companies’ profits and expectations for a tax reform that would cut corporate burdens from 35 percent to 15 percent. Many firms have also been enthusiastic about investments in infrastructure and increases in military spending.

Boeing’s performance explains most of the Dow Jones’ growth, according to market data. As the ‘heaviest’ in the index, its recent winning streak had a direct impact on the Dow: in July, Boeing’s shares reached an all-time high at $230.58, after the firm posted a robust outcome in the second quarter.

The company also shed around 6,500 jobs this year in order to lower costs. As a result, the giant that also operates in the defence sector turned past losses into a $1.76bn profit.

Another company behind the Dow Jones’ surge is Apple, which became part of the index only two years ago. Since then, Apple has been one of its biggest drivers and, in 2017, became the second contributor to take the index over the 22,000 mark.

This was no coincidence: prior to the Dow’s recent surge, Apple had reported better-than-expected revenues based on strong iPhone sales ahead of its 10th anniversary.

Furthermore, banks’ stocks have driven the Dow Jones for a while; Goldman Sachs was an example of the initial enthusiasm. However, the rally following the US election has been cooling in recent months.

Although the government gave signals towards certain changes, financial institutions are still waiting for the next rates hike and deregulation – a process that appears to be a long way off.

With Trump’s agenda full of controversial ambitions, such as cutting social programmes, the budget and debt ceiling, “the second half of 2017 could be bumpy”, according to a BlackRock report. Meanwhile, companies remain alert to politics and policies.