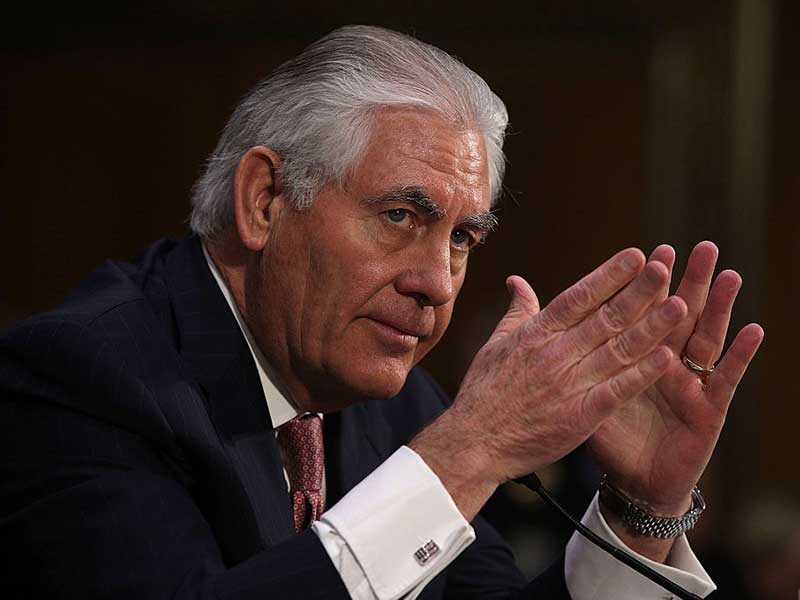 Exxon Mobil has requested a waiver from US sanctions against Russia in order to restart its joint venture with state oil company Rosneft, The Wall Street Journal has reported. According to media reports, the US oil giant is looking to reinstate its Black Sea oil exploration rights, which were established in 2012 by then-CEO Rex Tillerson. As of yet, Exxon Mobil has declined to comment on the reports.

In 2012, Tillerson signed a landmark deal with Russia’s Rosneft, said to be worth up to $500bn in joint investments. The joint venture granted Exxon Mobil permission to explore oil deposits in the Black Sea, the Arctic and the Russian Far East. However, the deal was prematurely shelved in 2014, when the Obama administration issued an executive order imposing sanctions on Russia in response to the nation’s annexation of Crimea.

The sanctions prohibit US companies from dealing with Rosneft CEO Igor Sechin, rendering any future negotiations between Exxon and Rosneft near impossible. With the sanctions still in place under President Trump, Exxon’s Black Sea exploration rights are almost due to expire, putting pressure on the oil company to negotiate a waiver from the US Treasury Department.

The waiver request is due to face tough scrutiny from various government bodies, as tensions run high over suspicions of Russian interference in last year’s US presidential election

The reported waiver request is due to face tough scrutiny from various government bodies, as tensions run high over suspicions of Russian interference in last year’s US presidential election. Following Trump’s surprise election victory, former Exxon Mobil CEO Tillerson has been appointed US Secretary of State.

During his time at Exxon Mobil, Tillerson negotiated several major deals with Rosneft, forging close working relationships with the company, its CEO and even Russian President Vladimir Putin.

In 2013, Tillerson received the Russian Order of Friendship award from President Putin. Since taking up the position of Secretary of State, Tillerson has sworn to recuse himself from matters related to Exxon for at least two years, and will play no role in reviewing the company’s waiver request.

The oil giant was previously given a waiver in 2014, granting the company permission to finish drilling projects in an Arctic well before the sanctions fully came into effect. In the years since, Exxon has been forced to wind down its operations in the region, while some of its European competitors have enjoyed continued access to the oil-rich seas.

Thanks to sanction waivers granted by the European Union, Norway’s Statoil ASA is currently drilling in the Arctic Barents Sea, while Italy’s Eni is operating in both the Barents and the Black Sea.

With an estimated 100 billion barrels of untapped oil in Russian territory, Exxon is seeking to maintain its Black Sea exploration rights as a matter of priority. As a wave of competitors move in on the lucrative Black Sea region, the US oil giant could stand to lose out if it doesn’t act quickly.