The Dubai-based airline has reduced its services to the US, citing a decrease in demand following President Trump’s travel restrictions 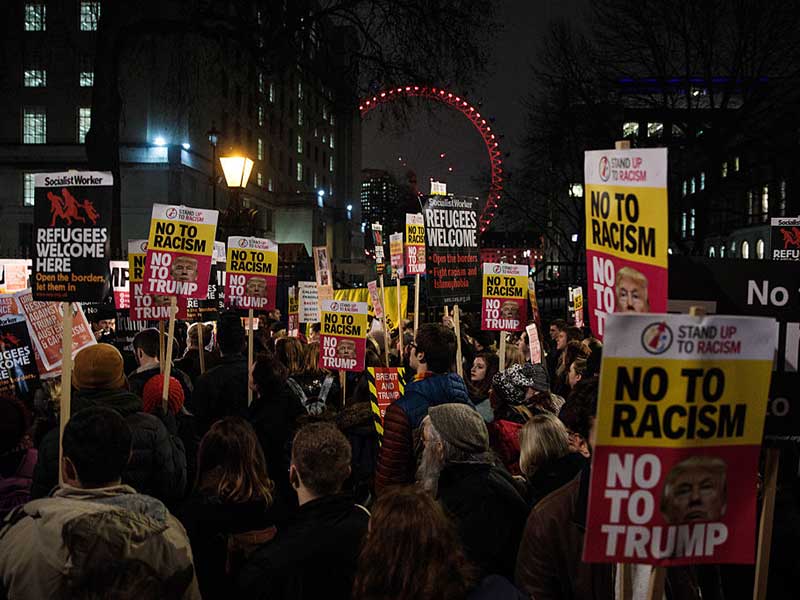 Emirates has announced it will reduce the number of flights on five US routes – Fort Lauderdale, Orlando, Seattle, Boston and Los Angeles – after witnessing a fall in demand among Middle Eastern travellers. The airline said the reduced demand stemmed from US President Donald Trump’s efforts to restrict the movement of travellers hailing from a number of Muslim-majority countries in the region.

Trump has so far signed two separate executive orders attempting to ban refugees and citizens from Iran, Iraq, Libya, Somalia, Sudan, Syria and Yemen from entering the US. However, both orders were blocked by US courts before they could be enforced. In March, The Trump administration introduced restrictions limiting devices larger than a mobile phone being taken into cabins on US-bound flights.

Trump has so far signed two separate executive orders attempting to ban refugees and citizens from Iran, Iraq, Libya, Somalia, Sudan, Syria and Yemen from entering the US

An Emirates spokeswoman stated: “The recent actions taken by the US government relating to the issuance of entry visas, heightened security vetting and restrictions on electronic devices in aircraft cabins have had a direct impact on consumer interest and demand for air travel into the US.” She added that all of the company’s travel segments have seen a decline.

Emirates has faced concerns surrounding its future for some time now. In November, the company reported a 75 percent drop in net profit for the first half of its 2016-17 financial results.

Profits were affected by a strong US dollar and an overall slump in the global travel industry, which was dampened by economic challenges and security risks. In the same period, the percentage of filled seats on flights dropped from 78.3 percent to 75.3 percent.

As reported by the Financial Times upon the announcement of the results, Emirates’ Chairman and CEO Sheikh Ahmed bin Saeed Al Maktoum said: “The bleak global economic outlook appears to be the new norm, with no immediate resolution in sight.”