How interest rates are impacting the sukuk market

As the Federal Reserve sticks to its strategy of patience and the European Central Bank’s negative interest rates remain in place, it’s important to consider the impact these policies are having on the sukuk market in the GCC region 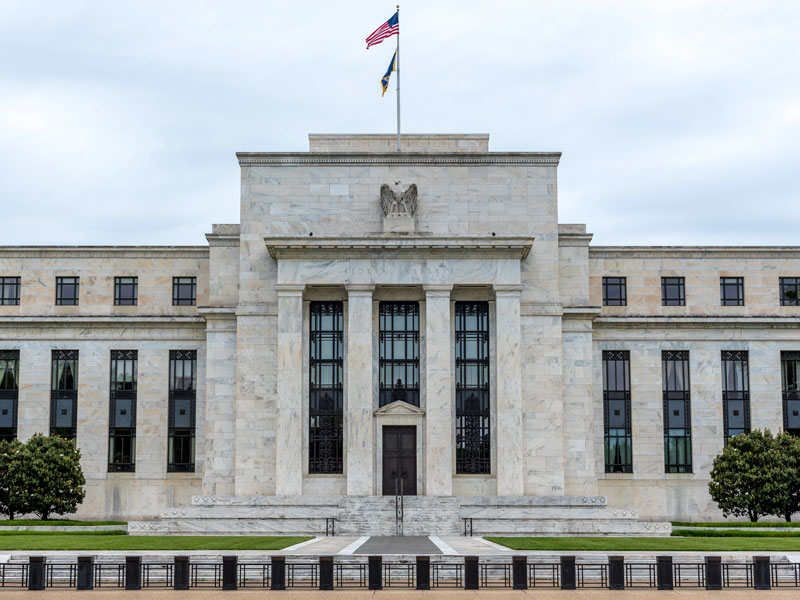 The US Federal Reserve building in Washington DC. The Fed recently announced that it would keep interest rates at two percent, despite some calls to increase it
Featured | Markets
Author: Mourad Mekhail, Former Wall Street Banker and Financial Advisor

In its last meeting on March 20, the Federal Reserve stuck to its mantra that it can be patient in waiting to hike interest rates. Despite economic fundamentals in the US being good at present and the fact that growth is expected to be around two percent this year, uncertainty still remains. This stems from a variety of places: US-China trade talks; deteriorating earnings and productivity forecasts; record-high debt levels; shaky market microstructures; the need to leave quantitative easing behind; geopolitical volatility; and a global slowdown in growth. Together, these events signal an increased chance of recession, which could hit at some point at the end of this year or in 2020.

Consequently, central banks – and the Fed in particular – must maintain their cautious stance. Markets, meanwhile, will continue to keep a close eye on the updated dot-plot by the Fed, which indicated no further rate hikes in 2019 and only one in 2020. Indeed, I personally expect that there will be a cut this year or next.

Staying the course
On March 7, the European Central Bank (ECB) announced that it would keep interest rates on hold. At the same time, it made a fresh offer of cheap funding via targeted longer-term refinancing operations for the bloc’s banks. Back in January, the ECB had announced that rates were expected to remain at their current level “at least through the summer of 2019”, but amid escalating concerns about a slowdown in eurozone growth and productivity, it has since indicated that this forecast will be extended, with many experts predicting it will hold until mid-2020 at the earliest. The bank also held its benchmark refinancing rate at zero, while keeping the deposit rate at -0.4 percent.

Over in the US, the 10-year Treasury yield dropped to its lowest level in more than a year on March 22. When long-term interest rates fall below three-month short-term rates, it’s called a ‘yield curve inversion’, which is one of Wall Street’s preferred predictors of a recession. Investors normally demand higher yields to buy longer-term bonds, and when those long-term yields decline, it can signal a slowdown in economic growth.

Oil forecasts
Against this backdrop of slowing economic growth, weaker-than-anticipated demand for crude oil is pushing the oil market deeper into bear territory. At present, there are fears and concerns – especially in regards to China – about where demand for oil is heading.

When preparing his negotiators for a fresh round of talks, US President Donald Trump said on March 22 that a trade deal with China is close. Despite this, together with the fact that trade tensions are negatively influencing Chinese economic growth, US officials have downplayed the possibility of a swift conclusion.

Meanwhile, the Paris-based International Energy Agency predicts that oil demand will grow by 1.4 million barrels per day (bpd) in 2019, while the US Energy Information Administration believes the world will consume an additional 1.5 million bpd in 2019. OPEC’s forecast for 1.3 million bpd in demand growth in 2019 is more realistic, but perhaps too optimistic. For JP Morgan, the outlook is even darker: the investment bank sees the world’s appetite for oil growing by just 1.1 million bpd this year. “The demand growth is expected to weaken again in 2020,” said Abhishek Deshpande, Head of Oil Market Research and strategy at JP Morgan, according to CNBC.

Higher prices, lower issuances
How can this be translated into the sukuk market? The fixed income market – in particular, the frequency in issuances of bonds or sukuk – in the Gulf Cooperation Council (GCC) region is inversely related to the movement of oil prices.

Higher oil prices are enabling some GCC nations to continue their usual spending – namely, to sink their borrowing requirements through debt capital markets, support their budgets by financing their deficits, and to improve liquidity in their banking systems.

The current price of Brent crude has little changed from nearly $67 a barrel, which coincides with the levels that most producers pay in governmental costs. However, not all oil-producing nations are breaking even. According to Fitch Ratings, which calculated the break-even oil price at which Gulf states were able to balance their budgets in 2018, the average for the year varied from $98 a barrel in Bahrain to $85 in Oman, $78 in Saudi Arabia, $64 in Qatar, $62 in Abu Dhabi and $53 in Kuwait.

Both the current and forecasted price of oil is set to encourage sukuk issuances in the GCC as an attractive option for financing government spending. Indeed, there is growing confidence in the sukuk that it could end up being the most widespread financial instrument of the entire Islamic banking industry.

Gulf banks, which benefit from the current low interest rate level, are expected to issue Tier 1 or Tier 2 sukuk to strengthen their capital base, in accordance with Basel III requirements for higher liquidity coverage ratios.

Over time, the sukuk market will become increasingly established, particularly as more sukuk bonds come to market, attracting conventional and Islamic investors alike. This trend will also see liquidity that used to be invested in developed markets invested in emerging markets and the GCC instead. In turn, this growth will assist in shaping and determining the pricing level for the future issuance of sukuk bonds.

Moreover, the growth of sukuk issuances could be boosted when more central banks, financial institutions (whether conventional or Islamic) and regulatory or government bodies join and support relevant non-profit organisations. One such example is the International Islamic Financial Market, which has brought tremendous benefits to the Islamic banking industry by promoting Sharia harmonisation, reducing legal and Sharia-compliance-related costs, and strengthening risk management capabilities. The organisation also educates international investors and issuers through seminars and workshops, increases efficiency in resolving differences and disputes, and encourages standard legal documentation to grant security to reliable investors.

As a result, more players are realising the credibility and profitability of the sukuk by increasing cross-border financial deals in the region. This in turn will help achieve greater growth for sukuk issuances.

Mourad Mekhail is a former Wall Street banker. He earned his MBA in international economies from Trier University, Germany. Since 2011, Mekhail has served as an advisor to the board of directors at Kuwait International Bank, following his previous assignment as Head of International Investment.