Legalisation of cannabis leads to growth across Europe

Once all but unthinkable, a wave of legislation legalising the consumption and sale of cannabis is now rolling out across Europe – and with it comes a plethora of business opportunities 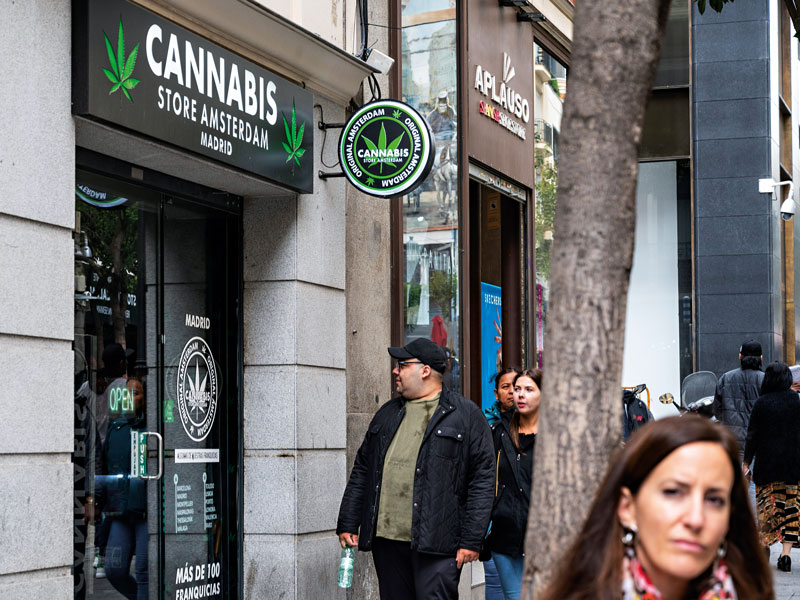 While currently only legal for recreational purposes in Luxembourg and Malta, that number is soon likely to grow, with countries where cannabis consumption is already legal for medical purposes the most likely to break through the next barrier. Germany, for example, recently announced that the plan to fully legalise cannabis could be drawn up by the end of summer. Indeed, Health Minister Karl Lauterbach has stated that he believes the dangers of non-legalisation of recreational cannabis outweigh the risks of legalisation.

Coincidentally, London mayor Sadiq Khan recently launched a commission to examine the effectiveness of the UK’s drug laws, with a particular focus on cannabis. This shift in focus isn’t only important from a justice perspective, putting an end to decades of unnecessary arrest, but is also important for the economic future of each country considering it.

An unmissable opportunity
One need only look at the benefits accrued in places that have legalised cannabis to see how big an opportunity there really is.

Since Canada legalised recreational cannabis use in 2018, for example, the industry has added tens of billions of dollars to the country’s gross domestic product and has created more than 150,000 jobs. Another success can be seen in Colorado, one of a growing number of US states that have legalised cannabis for recreational purposes. In 2021, Colorado collected more than $423m in tax revenue on more than $2bn worth of sales.

In Europe, it’s estimated that the continent’s total cannabis market could be worth as much as $37bn by 2027. The markets expected to contribute most to legal spend are Germany, the UK, and France. As a wave of expected legalisation rolls out across Europe, that potential market could grow even larger. And in Africa, it’s estimated that the legal cannabis industry could be worth over $7bn by 2023. It’s clear then that the legalisation of cannabis doesn’t just make good business sense for national governments, but also comes with significant opportunities for the businesses able to spot them.

The right approach
But in order for that opportunity to be truly effective, it’s important that companies take the right approach. That requires building an industry that respects the environment, the communities it serves and produces in, and good corporate governance. The pitfalls of failing to do so could be enormous. Fortunately, it’s possible to take a much more considered approach to the impact of the work we do.

In fact, it’s something we’ve strived to do at Akanda from the very beginning. Our recent acquisition of Holigen, a Portugal-based cultivator, manufacturer and distributor, provides us with both the capacity and route-to-market for delivering EU-GMP certified medical cannabis to legal EU markets. Adding to our existing medical cultivation facility in Lesotho, Southern Africa, gives us access to year-round production to enable the fulfilling of a consistent seed-to-patient model. Beyond that, it’s an approach which has allowed us to provide valuable employment in areas where it’s needed while growing according to strict environmental regulations.

It’s also critical that the industry – especially in the medical space – conforms to all regulations. Industry players in the UK and Europe must follow and comply with all of the same types of regulations that you would see with any over-the-counter medicine in a pharmacy or behind-the-counter medicine. This includes safety standards and testing to create a consistent product within a very tight range of variables – they must be shelf-life stable and almost the same quality you would attribute to a box of paracetamol. The same should be true when it comes to governance among companies in the space. With the right oversight structures in place, the cannabis industry can ensure that its contributions in countries where its use is legal, are positive.

Still early days
While the wave of legalisation rolling out across Europe comes with a lot of promise and opportunity, it’s important to remember that it’s still in its early stages. More and more countries will legalise the consumption of cannabis for medicinal and recreational use. Over time, laws will change too. It’s imperative that the cannabis industry not only adapts to those shifts and changes but does everything in its power to act as a force for good.