Germany continues to be the world’s biggest net capital exporter, which spells both profits and problems for German business 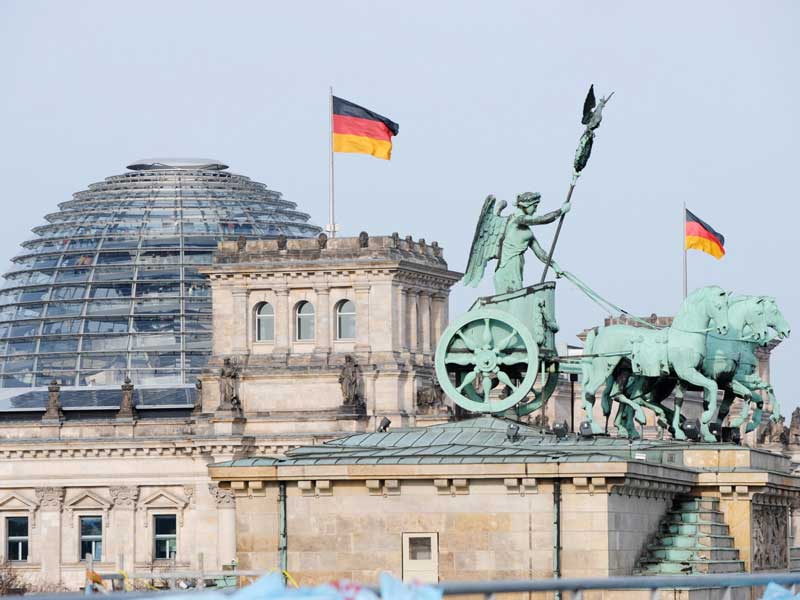 Germany’s surplus, the largest current account surplus in the world, is currently worth a massive $287bn, or around eight percent of its GDP
Markets
Author: Natasha Burton

In January, the Ifo Institute for Economic Research reported that Germany has the largest current account surplus in the world for the second year. Germany’s surplus, caused by imbalances in its flow of goods, services and investments, is a staggering $287bn and eight percent of its GDP. This far exceeds that of global trade giant China, which stands at $203bn.

While the eurozone crisis taught governments to fear deficits, the European Commission has urged Germany to reduce the surfeit to six percent of GDP, due to concerns that excessive saving from Europe’s biggest economy will put an unsustainable strain on the world economy.

Germans saved 9.95 percentage of their disposable income last year, which is substantially higher than other world economies, and in turn contributes to the surplus

The road to saving overload
In response, German Chancellor Angela Merkel has argued that Germany cannot control the fluctuations of global supply and demand or euro exchange rates, which contribute to the country’s surplus. That said, German consumers do have an effect. As explained by Professor Stefan Kooths, head of forecasting at the Kiel Institute for the World Economy, Germany’s ageing population is saving more: Germans saved 9.95 percentage of their disposable income last year, a figure that is substantially higher than that of other world economies, and in turn contributes to the surplus.

Trade imbalance, however, has the greatest impact. In the first 11 months of 2017, Germany’s trade surplus was €249bn ($310bn) after high demand for cars, chemical goods and machinery saw exports outstrip imports. Ifo economist Christian Grimme said Germany’s specialisation in technical components underlies its export strength: “These products seem minor but still sell at a high price, and a lot of them are only produced in Germany.”

While Germans are not spending much less than other countries, standard domestic consumption cannot offset the impact of this kind of trade imbalance.

Surplus woe
The knock-on effect of the surplus is intensely debated, and some economists argue the surplus does not need to be cut at all. According to Kooths, German exported capital is advantageous to other economies, as long as it is market-based: “It helps the rest of the world to increase their capital stock stronger than which would otherwise be possible.”

Yet, a great deal of the German surplus has resulted from conditions that are not market-based. The artificial movement of capital within the bloc following the European debt crisis, for instance, meant that countries suffering from crippling deficits, such as Greece, were bailed out via the central bank. However, this also distorted inflation rates and amplified Germany’s surplus.

The detrimental impact may in fact rest closer to home, as economic outperformance indicates an excess of national saving over domestic investment. Grimme explained: “It implies the local conditions for investors are perhaps not too attractive, and they prefer to invest abroad.” Therefore, while Germany may be making healthy export profits, savings are being invested elsewhere.

By 2015, foreign direct investment from German banks was over €1trn ($1.25trn), compared with well under €500bn ($623bn) invested at home. A sustained drain on investment might see German industry lose out to overseas rivals.

Shedding the surplus
With these concerns in mind, the German Government commissioned the Kiel Institute to evaluate various policies to cut the surplus. It advised cutting corporation tax as the most effective method, as it could attract more foreign investment. This has become particularly attractive after recent US tax reforms, which are expected to lure more investors to the states. Alternatively, the German Government could encourage foreign investment by boosting the notoriously low rates on government bonds.

A more popular idea is to increase government spending on infrastructure. Germany’s budget surplus, representing 10 percent of the overall current account surplus, could be diverted towards revamping schools and roads. In 2016, Germany collected €23.7bn ($30bn) more tax than it spent, the highest fiscal surplus since reunification. And yet, many of its roads and bridges are relics of the industrial boom of the 1960s and 1970s, which can no longer support modern traffic. Indeed, heavy good vehicles have been banned from using the bridge over the Rhine in Leverkusen since 2012 after cracks appeared.

With Germany’s surplus continuing to increase, the IMF’s suggestion that spending on infrastructure can improve investment prospects is timely. As the bloc’s largest economy, Germany’s crumbling transport links are more than a national inconvenience – the more inefficient these become, the less attractive the country appears to foreign investors. While certain factors such as domestic savings rates and wage levels will change gradually over time, boosting infrastructure would be a sure method to ease some of the excess immediately. Ultimately, the bloated surplus stands no chance of reduction without decisive action to draw investment back to Germany, while revamped infrastructure would be welcomed both by Germans and foreign investors alike.