A lack of dissenting voices holds boards back

Dissenting voices should be encouraged rather than stifled in the boardroom, to help break through the conformity of groupthink 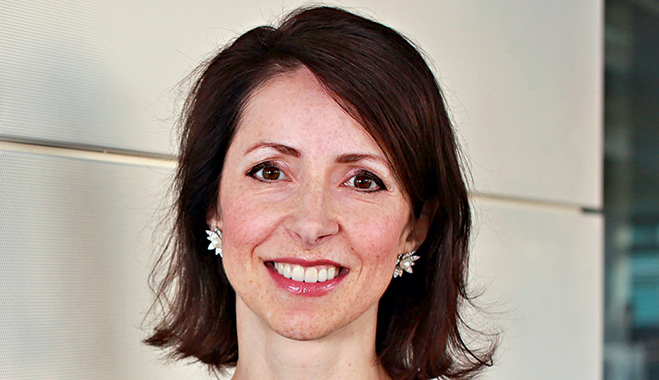 Helena Morrissey, CEO of Newton Investment Management, who has long campaigned for more diversity in the boardroom. A phenomenon called groupthink has been used to describe when people in boards end up going with the flow, afraid to challenge conventions, ultimately stagnating a company's progress
Corporate Governance | Strategy
Author: Jules Gray

At the height of the financial crisis, the banking industry was widely condemned for its lack of leadership and the inability of boards to take responsibility. The repeated mantra of the crisis being the fault of ‘just a few bad apples’ didn’t wash, however, as many affected by the crisis saw a culture of malpractice that extended from top to bottom.

Many have criticised this apparent lack of leadership as being a consequence of groupthink – the term that explains the way in which people go with the flow as opposed to airing honest opinions and rocking the boat.

One of the primary causes of such groupthink is the distinct lack of diversity within boardrooms. Whether it is through gender, background, age or education, boardrooms throughout the world tend to be made up of very similar types of people. Certainly within the UK and US, the characteristics that make up a boardroom tend to be white, middle aged men that have been expensively educated. While a meritocratic system is obviously the most important way in which board members should be selected, sometimes those sitting within the boardroom are more likely to choose people much like themselves to join them.

Boardrooms without a diverse mix of members are unlikely to have particularly varied opinions. According to some, this is a trait that has caused many of the damaging management problems of recent years.

Proportion of female directors in boardrooms of FTSE 100

Battling groupthink
At a recent talk at the UKs House of Commons, Helena Morrissey – leading financier, CEO of Newton Investment Management and founder of boardroom diversity group the 30 Percent Club – spoke at length about the need for boards to allow more dissenting voices into the mix.

Boardrooms around the world tend to suffer from the problems of groupthink, with members terrified of being seen as a dissenting voice within a group. However, according to Morrissey, this problem is neither a new phenomenon, nor one exclusive to the boardroom. The term itself was coined by William H Whyte in 1952 when he was writing for Fortune magazine. “It is a philosophy that holds that the group values are not only expedient but right and good as well. In a way what he [Whyte] was saying is it is something much more pernicious than people agreeing with each other and actually gets to the point where you believe any dissension is immoral and that your view as a group is the only one that is relevant and right. This self-belief that takes hold and restricts the listening and hearing of any dissenting messages is very dangerous”, said Morrissey.

“The more amiability and esprit de corps among the members of a policy-making in-group, the greater the danger that independent critical thinking will be replaced by groupthink, which is likely to result in irrational or dehumanising actions directed against out-groups. That is pretty strong stuff but it is a classic way of describing a state of mind that unfortunately can develop when people are among a group that they all know and like well and end up lacking the challenge.”

Time for change
Morrissey cited the example of the Space Shuttle Columbia accident in 2003, where all seven crewmembers of the ship were killed when it disintegrated upon re-entering the Earth’s atmosphere. “When you read the report of the accident investigation and then you read the report of the Challenger accident investigation (and of course the Challenger accident happened in 1986) it seemed then that nothing had been learned. Nasa had this strong cultural bias, an optimistic organisational thinking and, again, when one read through the analysis of what went wrong, there were engineers who were dissenting from the decisions to go ahead with both of those launches but they were overridden. No-one wanted to hear the dissenting voices.”

She adds that the financial crisis is the most obvious recent example of such groupthink. “The recent past just reinforces the point that we again lulled ourselves into a false sense of security. With hindsight now and obviously reports likes the Financial Services Authority Report into the failure of RBS which highlighted the homogeneity of that bank board, but it was not just the board, but senior management teams and, to be honest, policy-makers including, dare I say, politicians and generally speaking the in-crowd resulted in this collective delusion and arguably wilful blindness.

“Again, this is pretty strong stuff but I want to emphasise that we are not talking about just a group of people not noticing that something might be happening around them. This is behaviour that ends up excluding the dissenting voices. In the capital markets we have this problem in extremis. We had the problem in extremis and we still do. I have quoted here from a US female hedge fund manager who put it very eloquently: ‘Too many people are too similar, too connected and too insulated in this industry.’”

While the boards of financial institutions in the UK were in 2008 famously described by Lord Myners as resembling “a retirement home for the great and the good”, Morrissey believes there has been an improvement in recent years. “We have come a lot way from that, but at the time there was this compounding effect of conformity of the establishment, as it were, at every stage of the way. Also, as I mentioned, there is this penalty for dissension, the Emperor’s new clothes phenomenon, the idea that if you speak out of line you are silenced or exited.”

Eradicating these attitudes towards dissenting voices may well come through a generational shift, with a sweeping out of the old guard. “The average age of a FTSE non-executive director is still over 60”, Morrissey added. “That is lower than it is in the equivalent in the States but it is still pretty high. If you also think that companies need to work out how to get digital expertise, I would suggest that a whole other generation of potential board candidates might be something to think about. Educational backgrounds are still quite uniform.”

Gender dilemmas
Gender imbalances within boardrooms are certainly still apparent, but have gradually improved in recent times. In the UK, the proportion of female directors sitting in the boardrooms of FTSE 100 companies has jumped from 12.5 percent in 2010 to 22.8 percent currently. The aim of Morrissey’s organisation is for that number to hit 30 percent by the end of 2015, which seems more than achievable. As of October 2014, alcoholic beverage company Diageo is leading the way in the UK, with a 45.5 percent proportion of women on its board (see Fig. 1).

Morrissey says that while the issue of female representation within the boardroom will continue to need improving, it should, in time, lead to improvements in all areas of under-representation. “I think I would rather see at this stage a thoughtful discussion about how the progress on the women’s issue can evolve into other under-represented groups so you end up with some really radical thinking. We are not trying to create a rainbow of characters on a board. We are trying to create a board that will be in genuine disagreement and a real challenge to the management team.” She concludes that the sort of disruption and dissent that was absent within financial boardrooms leading up to the financial crisis is still not being seen today. “With hindsight, the simple truth was that bank boards were too comfortable in the run-up to the financial crisis and therefore we need a degree of discomfort. Again, I do not see, as yet, much evidence that real out of left-field thinking, real disruption is welcomed.

“My own experience – because I have been a little bit disruptive some people might suggest in terms of trying to create change – again is sometimes people will be allowed a voice but I still do not see as yet people saying, ‘Actually we need to be keeping on questioning how we are setting ourselves up.’ So the idea of actually having a welcoming of dissension, a welcoming of challenge and time on the agenda to really challenge each other is still some way off.”

Ultimately, forcing companies to have diverse boards is not something that is likely to come about. While quotas have been discussed, few believe that people should be parachuted into senior management and board roles purely because they come from a different background to existing members. However, healthy debates invariably lead to better decisions, with people having to justify their opinions against dissenting voices. If this leads to better management decisions, then that is surely more important for companies than whether other members of the board share the same golf club membership and old school tie.