As Russia’s legal problems mount up, is it judgement day for Putin? 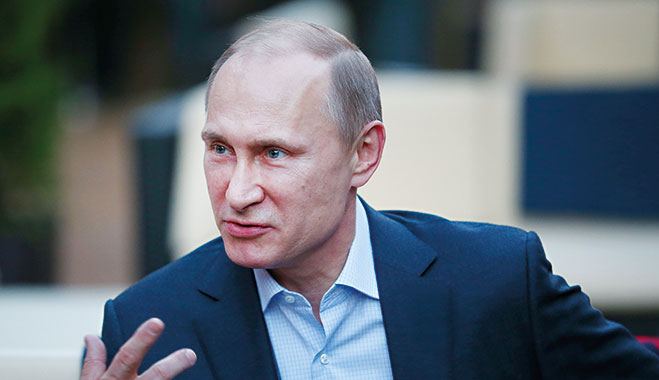 Russian President Vladimir Putin. A series of legal defeats pose a serious threat to the country's international standing, its financial health and its president
Legal | Strategy
Author: Paul Gregory, Professor of Economics, the University of Houston

To read the international press, one would think that the last two years have been good ones for Russian President Vladimir Putin. His campaign in Ukraine has largely achieved its main goals; Russia has wrested control of Crimea and destabilised large portions of the rest of the country. Plunging oil prices may have wreaked havoc on Russia’s finances, but so far Putin’s popularity seems unaffected.

But a long stream of little-remarked-upon legal defeats could have a dramatic impact on Putin’s fortunes. In 2014, for example, the European Court of Human Rights (ECHR) delivered 129 judgments against Russia, and in January, the Council of Europe deprived Russia of its voting rights for its violations of international law. As rulings pile up, they are starting to pose a threat to Russia’s international standing, its financial health, and Putin himself.

ECHR judgements against Russia in 2014

Judgment days
The rulings have not been merely symbolic. In July 2014, the Permanent Court for Arbitration in The Hague ordered Russia to pay $50bn to former shareholders of the oil company Yukos for having illegally bankrupted the firm and distributed its assets to Rosneft, a state-owned producer. At its peak in 2003, Yukos was valued at $30bn. The judgment is the largest ever awarded by the arbitration court, and it cannot be appealed. France and Belgium have begun seizing Russian assets to enforce the judgment.

In a separate case, in June 2014 the ECHR ordered Russia to pay Yukos’s shareholders more than $2bn “in respect of pecuniary damage”. This judgment was also the largest in that court’s history. Russia, which is in the midst of a liquidity crisis, will struggle to raise such huge sums; failure to comply, however, would jeopardise future foreign investments.

The Yukos case could be a sign of things to come. In April, the European Commission issued a Statement of Objections to Russian gas giant Gazprom, charging it with violating Europe’s antitrust laws by partitioning Central and Eastern European gas markets, forbidding cross-border resale, and closing its pipelines to third parties. Gazprom faces a fine of 10 percent of its revenues, which totalled $177bn in its last fiscal year. Already struggling with low gas prices, increased competition, and now falling production Gazprom will be hard pressed to come up with the necessary funds without sacrificing urgent infrastructure projects.

Criminal conduct
Russia is also coming under increased pressure regarding alleged criminal conduct. Indeed, it recently vetoed a Security Council resolution, sought by Malaysia, Ukraine, the Netherlands, Australia, and Belgium, to establish a criminal tribunal to prosecute those responsible for the downing of Malaysia Airlines Flight 17 in July 2014 over rebel-occupied territory in Eastern Ukraine.

Evidence gathered by the five countries points to a missile fired from a Russian BUK system operated by a Russian crew.

Were Russian guilt for the downing of Malaysia Airlines Flight 17 to be established, Putin’s depiction of his country as a bystander in the Ukrainian conflict would be exposed as a lie. In any case, Russia’s veto in the Security Council is a tacit admission of guilt, opening the door for the Netherlands – which lost the most citizens in the attack – to push for additional sanctions.

Meanwhile, in July 2014, the UK reinstated a legal inquiry into the November 2006 polonium poisoning of Alexander Litvinenko, a former Russian state security officer who had become a UK citizen. Public hearings were held in London to identify “where responsibility for the death lies”. The inquiry devoted particular attention to a Russian law passed in March 2006 allowing the state to kill those, such as Litvinenko, deemed to jeopardise national security.

A ruling by a British court that the Russian government ordered or abetted the murder of Litvinenko would have far-reaching consequences. The verdict would lend credibility to other charges of criminality, such as the bombing of four Russian apartment blocks in 1999 and the murders of several investigative journalists. It would also strengthen the European Parliament’s call for an independent international investigation of the murder of the Russian opposition political leader, former-Deputy Prime Minister Boris Nemtsov, and bolster his family’s petition for an international investigation.

The annexation of Crimea
Finally, while Russia has established de facto control of Crimea, it is likely to find itself increasingly embroiled in legal challenges to its presence there. No credible government or international organisation accepts Russia’s description of the annexation as a legal democratic act by the Crimean people. The United Nations, the G-7, the EU, and the US all characterise it as an illegal act. In May, German Chancellor Angela Merkel described it – in Putin’s presence – as “criminal and illegal under international law”.

In June, Ukraine presented Russia with a 17-volume calculation of its losses from the annexation of Crimea, totalling nearly $90bn. Additional losses could be billed for the Russian-supported war in Southeast Ukraine, which has led to 6,000 deaths and large-scale damage to infrastructure. Russia is certain to find itself mired in years of legal battles in venues like the ECHR and the International Centre for the Settlement of Investment Disputes. These endless legal challenges will scare off investment in Crimea, requiring Russia to subsidise its occupation for years to come.

Putin has overplayed his hand. In addition to its exposure to liability for damage caused during the conflict in Ukraine, Russia faces legal penalties totalling roughly four percent of its GDP – roughly what it spends on education. Putin may have been able to bring his country’s legal system under his control, but he remains vulnerable to international rulings. With Russia too enmeshed in the international legal and financial system to cut ties and become a rogue state, its president is increasingly likely to face the consequences of his actions.

Did Gazprom gazump the competition?

The dominant gas supplier in several countries across Central and Eastern Europe, Gazprom is under investigation by the EU Commission for what it describes as “hindering competition” in the gas markets of Bulgaria, the Czech Republic, Estonia, Hungary, Latvia, Lithuania, Poland and Slovakia. In particular, the commission details the following:

“Gazprom imposes territorial restrictions in its supply agreements with wholesalers and with some industrial customers in above countries. These restrictions include export bans and clauses requiring the purchased gas to be used in a specific territory (destination clauses). Gazprom has also used other measures that prevented the cross-border flow of gas, such as obliging wholesalers to obtain Gazprom’s agreement to export gas and refusing under certain circumstances to change the location to which the gas should be delivered. The Commission considers these measures prevent the free trade of gas within the European Economic Area.”

“These territorial restrictions may result in higher gas prices and allow Gazprom to pursue an unfair pricing policy in five Member States (Bulgaria, Estonia, Latvia, Lithuania and Poland), charging prices to wholesalers that are significantly higher compared to Gazprom’s costs or to benchmark prices. These unfair prices result partly from Gazprom’s price formulae that index gas prices in supply contracts to a basket of oil product prices and have unduly favoured Gazprom over its customers.”

“Gazprom may be leveraging its dominant market position by making gas supplies to Bulgaria and Poland conditional on obtaining unrelated commitments from wholesalers concerning gas transport infrastructure. For example, gas supplies were made dependent on investments in a pipeline project promoted by Gazprom or accepting Gazprom reinforcing its control over a pipeline.”

Paul Gregory is Professor of Economics at the University of Houston