In a bid to generate a ‘sincerity culture’, the Chinese Government is in the process of providing every citizen with a trustworthiness rating. But can you force trust? 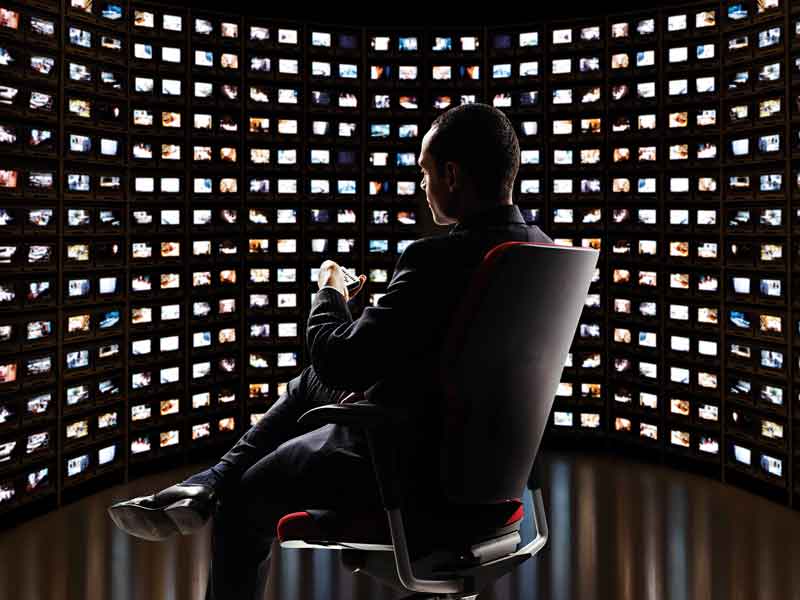 The Chinese Government hopes that the trust score will decrease corruption, however there are fears about the system breaching privacy
Government policy | Strategy
Author: Kim Darrah

Trust levels are remarkably different from one society to the next. People in Northern European countries are famously trusting, while those in the US, Brazil and Peru are statistically far less likely to agree that most people can be trusted. Once it exists in a society, trust is something that can be strikingly persistent.

According to research published in the Journal of the European Economic Association, the level of trust in cultures today can be informed by events that occurred hundreds of years ago. The research shows that Italian states that became free cities in the Middle Ages – a process that required mass cooperation – exhibit higher levels of trust today than those that didn’t. More than 800 years after the event, former free cities have more nonprofit organisations, a greater number of people giving blood, and children that are less likely to cheat in exams.

Meanwhile, in China, widespread corruption and a series of high-profile scandals have made trustworthiness a hot topic. What’s more, with trust at the centre of every market transaction, the issue goes further than moral nicety: it is eating away at businesses’ profitability and economic growth. Faced with a destructive trust deficit, China’s leaders believe they can fast forward past gradual changes, instead administering modern tools of big data and algorithms to swiftly generate a ‘sincerity culture’ among its 1.3 billion citizens.

Sincerity culture
The Chinese Government’s new tool to generate trust is known as ‘social credit’, and is currently in the process of being rolled out. The plan is to generate a score for every citizen based on how trustworthy they are. The system will aim to instil trust by combining carrot and stick: those with a good score will reap rewards, while a bad score will lead to punishments, such as public blacklisting and restrictions. By 2020, the government hopes that the system will “ensure that those keeping trust receive benefits in all respects, and those breaking trust meet with difficulty at every step”, according to an official state planning document. The Communist Party of China further argues that it is the key to bringing about a sincerity culture across the whole society, in which “keeping trust is glorious, and breaking trust is disgraceful”.

According to Rogier Creemers, an expert in law and governance in China at Leiden University: “We see a credit system as a way of incentivising people to pay back what they owe. The Chinese system seems to be orientated in a similar direction – to incentivise people to behave according to a particular reading of good citizenship, and to create the incentives to do so.”

For now, it is difficult to say exactly how different types of behaviour will shape people’s scores, though the government has made it clear that it plans to compile data from the full range of government agencies, meaning it could include information ranging from tax filings and bank data to minor traffic offenses. Ultimately, the system aims to weed out “evil practices” as broad as abusing power for personal gain, lying, cheating and “forgetting integrity when tempted by gains”.

The fear is that rather than merely enhancing trust and enabling the financial system, trustworthiness ratings could allow the government to step up its authoritarian rule

For millions of Chinese people, social trust ratings are already a standard feature of everyday life. While the government is yet to centralise social credit scoring, it has given the green light to several large-scale pilot projects. For instance, Sesame Credit is an early version of social credit that uses data from Chinese tech giant Alibaba’s online payment system to assign people a trustworthiness score from 0 to 950. The company’s algorithms draw on social media data as well as spending and online data, and people’s scores are affected by everything from how much they spend online to who their friends are. A director of Sesame Credit has been quoted explaining that someone who racks up hours everyday on video games will be negatively judged, whereas someone who buys sensible items like nappies will see their score increase.

Interestingly, Sesame Credit is going some way to be genuinely accepted as a device for social judgment. A high score can be used to gain perks like being able to book a hotel without a deposit, obtain a fast-tracked visa, or to impress a potential partner on a dating app.

It is as yet unclear whether the government will fully merge its own datasets with those currently held by China’s tech giants, which possess information on online activities, spending patterns and people’s social media behaviour. It is certainly a possibility, however, that all this data will be brought under one roof through a government agency. The result would be a mass effort in big data with a disturbingly comprehensive record of each person.

While the debate over data sources continues, specific punishments for obtaining a bad social credit score are starting to take shape. A government planning document announced that punishments should include restrictions on using trains, aircraft and foreign travel, as well as bans from sending one’s kids to certain fee-paying schools. What’s more, someone deemed un-trustworthy could have their car detained if it is considered nonessential for business. Lists of those with low trust levels are also to be provided to government bodies and enterprises, so they can consider their own sanctions and restrictions. Such lists may also be made public, with many government agencies’ websites at the local level already publicly releasing information about individuals and businesses with low social credit scores.

To give people a nudge towards its ideal image of sincerity, the government has stated that it will increase the prescence of propaganda on television, on the radio, in newspapers and on the internet. These channels are to provide ‘models of virtues’ and ensure that people have examples to learn from and goals to pursue.

The invisible hand 2.0
While the system aims to change culture, the government hopes it will also play a similar role to traditional financial credit ratings. Perhaps counterintuitively, the Chinese Government claims that a social credit system is a method of reducing the amount of state interference in the economy. The idea is to accelerate the shift towards a modern market economy by loosening the state’s hold on the banking system and entrusting the allocation of finance to something akin to free market forces.

“China’s banks were set up as instruments to finance government projects and were excruciatingly bad at anything to do with individual customers,” said Creemers. This skew towards government financing still remains today, leaving hundreds of millions of Chinese unable to access small business loans or consumer credit.

Crucially, social credit would allow people without a long financial history to use their trust credentials to obtain a loan. Such a system would enable the extension of credit across Chinese society and accelerate the move towards a more market-orientated, credit-based economy.

Of course, unlike the credit ratings that traditionally inform decisions in the financial sector, China’s social credit scores will heavily focus on a moral judgment of people’s behaviour and character. In a loose illustration of where Beijing’s priorities lie, in its official 2014 planning document, the word ‘sincerity’ cropped up 134 times, whereas the words ‘finance’, ‘financial’ and ‘banking’ are together used just 34 times.

By basing loan decisions on a social credit score rather than sticking to financial data, the system opens up the role of nonfinancial incentives to the invisible hand of individual optimised decision-making, fashioning a kind of morally tinted free market. Loans, and thus spending power and opportunities, will flow not just to profitable individuals, but also to those who have proved themselves at every turn to be sincere and trustworthy.

Big data or Big Brother?
“The stated goal is one thing, but the main motivation here is to strengthen the control of the Communist Party of China,” argued Professor Nir Kshetri from the University of North Carolina at Greensboro. The fear is that rather than merely enhancing trust and enabling the financial system, the system could lead to the party stepping up its authoritarian rule. Big Brother analogies have been aplenty.

On the other hand, an article in Chinese publication the Global Times mocked the notion that the system is ‘Orwellian’, arguing that this depiction is a warped perspective attributable to the “western media’s perennial doubts about countries governed by different ideologies”. Instead, it stated that the system simply aims to create a “well-functioning credit system” necessary for a mature economy.

The debate comes down to how extensive the government’s datasets become. In the more extreme case that the government gains access to spending patterns and internet activity, the system could quickly turn into a tool for political control. According to Kshetri, in a not-so-far-off scenario, people who buy books that are critical of the communist party could be penalised through their social credit, while those ordering a book that compliments the system might gain points.

What’s more, the system is armed with the power of social pressure: “If you are friends with me either online or in the physical world, and I do something against the party, then your social score will go down,” Kshetri said. Such a system would not only be a powerful tool for social control, but could ironically have the effect of eating away at social trust.