From selfies to social responsibility: how Millennials are changing the way we invest

The selfie generation’s focus on social responsibility is forcing the financial sector to take a long, hard look in the mirror, writes Kim Darrah 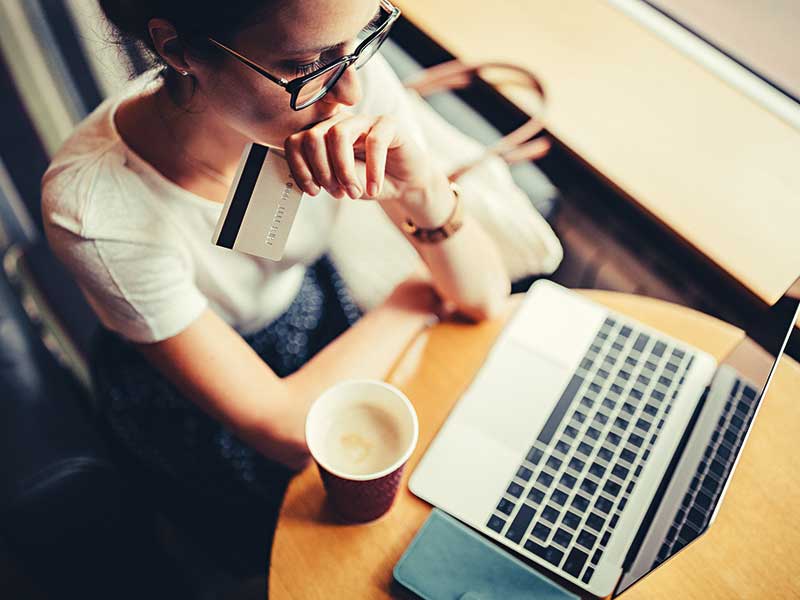 For a group of people so often characterised as the ‘me me me’ generation, it may seem puzzling that Millennials could be on the cusp of driving a profound shift in the way the financial sector approaches the morality of money. In fact, the distinct value set of the Millennial generation – conventionally defined as those born between the early 1980s and the early 2000s – could have the firepower to drive a widespread rejection of traditional banking and financial models.

Alongside their more commonly cited traits – narcissism, impatience, multitasking, technological know-how and a penchant for selfies – Millennials also hold social responsibility far closer to their hearts than previous generations. As a group, they are more socially tolerant, globally minded, value driven and more likely to believe in climate change than older generations, and tend to prioritise ‘making a difference’ above higher paycheques.

Numerous studies have found a trend linking specific generations to their level of concern over the social impact of their investments. For instance, according to a study by Accenture, social responsibility is a factor in choosing an investment for 49 percent of US millionaire Millennials, compared with 43 percent of those in Generation X, 34 percent of Baby Boomers and just 27 percent of seniors. These differences are even more pronounced when the respondents aren’t restricted to just those who are millionaires. A separate survey by Morgan Stanley found that Millennials were twice as likely as other generations to invest in a portfolio or individual companies that seek to have positive environmental or social impacts.

Of course, previous generations were also concerned by social issues: the Baby Boomer generation, for one, was famous for its civil rights, environmental, gay rights and anti-war movements. What sets Millennials apart is that they see their money as an important vehicle through which they can act on their values. As such, they tend to translate this concern into an impact-orientated approach to investment.

The makings of a generation
Clearly, people’s beliefs can change as they grow older. World Finance spoke to Morley Winograd, a leading generational expert and author of Millennial Momentum: How a New Generation is Remaking America, who said: “One of the things that those of us in generational research are always looking for is the ability to separate out age effects from generational effects.”

An equally good explanation for trends regarding Millennials’ approach to social investments might be that they have simply not yet matured to become fiscally conservative like their elders. However, according to Winograd: “That is not true of this particular differentiation… It is in fact a reflection of generational change and generational attitudes and beliefs.”

The existence of profound attitudinal differences between generations rests on the concept that people are deeply affected by the collective experiences of their upbringing, during which their attitudes crystallise to form a particular generational character. It is generally accepted by psychologists that people’s attitudes are more malleable in their younger years. This period is known by various terms, including the ‘impressionable’, ‘formative’ or ‘critical’ years, but these phrases all allude to the notion that there is a pivotal time during everybody’s youth when their fundamental value set is forged.

Generational expert Cam Marston explained one key influence: “Some of [Millennials’ concerns were] likely taught to them in their young ages by their parents… the Millennials are children of the Boomers, who are the first generation to care about social and environment responsibility.” It is a clear fact of life that parents play a key role in shaping their children’s attitudes. However, this alone cannot explain the sharp divergence in the ways Millennials and Baby Boomers approach the world of finance.

Critically, the attitudes of a generation are defined in part by the events that happen to occur during their youth. Of all experiences that might permanently colour the attitudes of a generation, the Great Recession is certainly a standout event. For the Millennial generation, the financial crash and its aftermath hit home when they were aged between 10 and 25 – precisely those years when people are most impressionable.

According to Winograd: “The financial services industry engaged in illegal and irresponsible behaviour, and they lost an entire generation. They’ve destroyed Millennials’ families, their home life, and their confidence in the world.” This characterisation of the financial sector as something intrinsically linked to culpability and guilt has consequently become imprinted as a generational memory, and is buried deeply into the psyches of Millennials to a greater extent than any other age group.

Indeed, according to Winograd, Millennials bear striking parallels to the generation that grew up during the Great Depression of the 1930s. While this older generation didn’t react by shifting to socially responsible investments, they stuck with their suspicion of the financial services industry throughout their whole lives.

As a generation, they remained less likely to trust banks with their money and more likely to hold it in cash. Similarly, for Millennials, a deeply held suspicion towards traditional banking models and a critical approach to any interactions with the industry can simply be understood as a natural response to their experience of the financial crash.

Digital natives
This distrust of the banking sector can be combined with another key formative element for the Millennial generation. Having grown up at a time of huge technological leaps – including the birth of widespread internet use, social media and smartphones – this is a generation that has always had the tools and the digital know-how to tap into the relevant information needed to scrutinise their own decisions. They are accustomed to having direct access to the details of social problems, such as human rights abuses and climate change. In fact, the nature of the way in which Millennials consume and share information is entirely different to that of previous generations.

It therefore comes as no surprise that Millennials typically spend much longer researching their investments than their older counterparts. A recent study published by Blackrock found that Millennials spend seven hours a month checking on their investments – around three times longer than older generations. According to Will Lana, Partner and Investment Manager at Trillium Asset Management: “In the past, investment firms tended to write off responsible investing as impossible. That’s no longer working. Clients are aware good options exist and they are more comfortable raising the topic.”

The result, according to Winograd, is that “[Millennials] are going to take their desire to change the world and leverage it in their investments, and they are not going to let standard investment practices stand in the way of that”. In turn, banks will have to keep up with this curve, or risk being sidelined by the new market.

Millennial motivation
Socially responsible investing itself is nothing new. It began as the filtering out of ‘sin stocks’ such as those related to the tobacco, gambling, sex or weapons industries, but has since taken on proactive forms, involving investments in everything from environmentally sound companies to businesses led by women or minorities. It is also taking on new guises, such as impact investment, peer-to-peer lending and crowdfunding.

Many of these are increasingly being shaped by technology and driven by younger generations: a host of new investment platforms, many app-based, are emerging, which allow people to individually select their social and environmental priorities. Grow Invest, for instance, is an app that allows people to filter their algorithmically defined investment packages to reflect their own personal and social concerns.

Over recent years, there has already been a huge jump in the number of banks offering socially responsible investment products. According to a review of the industry published by the Global Sustainable Investment Alliance, global sustainable, responsible and impact investment assets reached $22.89trn in 2016. This marks a 25 percent increase from 2014, which was in turn up 61 percent from 2012.

Other strands of ‘investment with a conscience’ are rapidly gaining momentum. For instance, according to JPMorgan, assets in impact investment currently stand at around $9bn in the US, but the bank predicts this will rocket to $1trn by 2020.

“There’s no guarantee an investment firm that had success with Baby Boomers can repeat with Millennials”, said Lana. “Having a solid impact offering helps because it speaks directly to what Millennials are asking for. The financial sector would be well served responding to investor demand rather than fighting it.”

Crucially, this is just the beginning. While in many countries Millennials are the largest generation by number, as it stands, the world’s wealth is largely concentrated within the Baby Boomer generation. Nonetheless, Millennials are poised to become the heirs to this vast sum of wealth, which will gradually change hands over the course of the next few decades. In the US alone, this wealth shift will amount to a generational transfer of $30trn over the course of the next 30 years. Considering that assets under management by the world’s 500 biggest managers totalled just $76.7trn at the end of 2015, this is a transfer of immense proportions.

Whether or not a dramatic rise in socially responsible investing will have the effect that many desire is another question entirely. But based on the assumption that Millennials will stick to their ideals, the financial industry could soon be forced to play ball with a very different kind of customer. A glance back at history tells us that generational change can be a powerful force, and those players in the sector that fail to change will find themselves looking increasingly old fashioned.