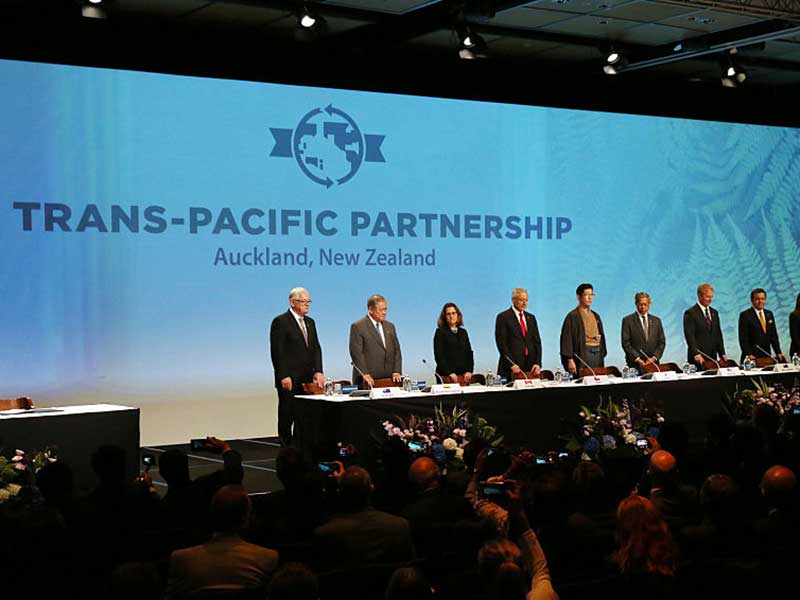 On March 14, China and South Korea met with the 11 remaining nations of the proposed Trans Pacific Partnership (TPP) at a conference in Chile. The talks reflected efforts by the likes of Japan, Mexico, Australia and Chile to salvage economic integration in the region following the US’ withdrawal from the TPP agreement in January. With China now stepping in, a new deal appears more likely, although it remains unclear exactly what form it may take.

Chinese representatives were quick to deny the talks were intended to salvage the TPP. Rather, foreign ministry spokesperson Hua Chunying claimed they were simply a means “to exchange broad ideas”.

Without the US, the TPP cannot be revived. Signed in February 2016, the deal stipulated signatories must ratify the agreement in their own countries before it could come into effect. If two years elapsed without all 12 signatories on board, the deal could only be saved if six representatives – with an 85 percent share of the total combined GDP – had ratified it. Without the US, whose GDP represents 61 percent of the total, the target is unreachable.

Nonetheless, the TPP could provide a framework for future negotiations. Mexican Economy Minister Ildefonso Guajardo said: “It would be up to China to decide, within its strategy, whether it can adopt the regulatory discipline of TPP.”

Likely outcomes include either the expansion of an existing trading bloc, such as the Pacific Alliance, or the creation of a new one, such as the proposed China-centric Regional Comprehensive Economic Partnership (RCEP). Meanwhile, analysts believe TPP nations without an existing bilateral agreement with the US may be deterred by the prospect of negotiating access to US markets with an isolationist President at the helm.

Whatever the case, the balance of power is shifting away from the US, with its grip on the global economy arguably loosening. China, on the other hand, has increasingly portrayed itself as a champion of free trade, pointing to an isolationist US for comparison.

As it stands, China looks set to be the biggest winner. As the world’s second largest economy, privileged access to Chinese markets is a tantalising lure. Moreover, with the political future of the EU still in some doubt, China seemingly caters to the Chilean Foreign Minister’s desire to “generate more certainty” in the context of “protectionist tendencies in some parts of the world”.