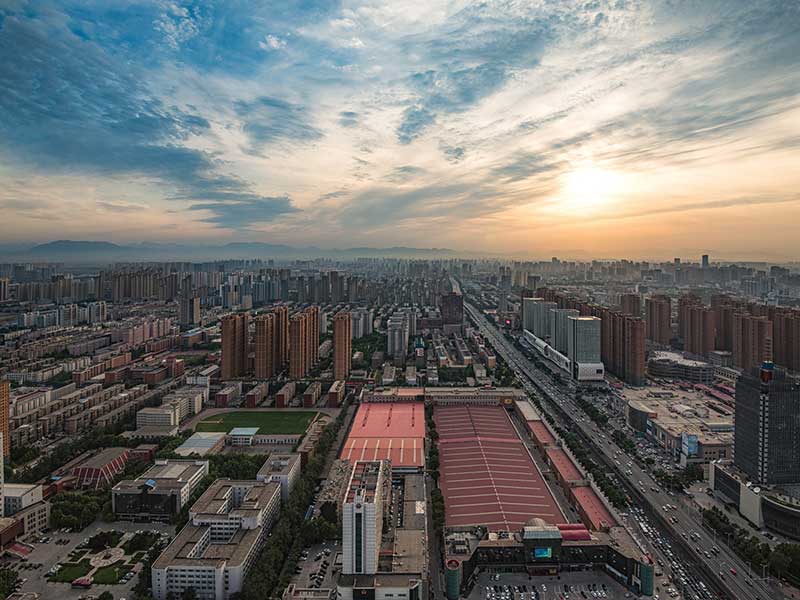 On April 1, Chinese authorities announced the establishment of a new special economic zone located in the Hebei province. The Xiongan New Area will adopt a similar model to the special economic zones set up in Shenzhen and Shanghai over 30 years ago. The areas, which offer tax breaks and special financial incentives, were historically pursued in the early 80s as a tool to kick-start a shift towards a more market-oriented economy.

The move comes at a time of declining economic growth in China, after 2016 marked the lowest level of economic expansion in a quarter of a century.

The policy is part of a broader effort to integrate the development of Beijing, Tianjin and Hebei, while shifting economic momentum away from the capital

The Xiongan New Area lies at the centre of the triangular zone, which is formed of Beijing, Tianjin and Hebei’s provincial capital, Shijiazhuang – some 100 kilometres south of downtown Beijing.

The policy is part of a broader effort to integrate the development of Beijing, Tianjin and Hebei, while also shifting economic momentum away from the heavily polluted capital. More specifically, it aims to phase out some of the “non-capital functions” performed in Beijing.

A series of steps have been taken over recent years to cool rapid expansion in the capital, including an effort to curb population growth. Various ‘non-essential facilities’ have also been shifted outside the capital, with manufacturing and logistics operations moved to nearby regions.

According to an official state circular, the move is a “major historic and strategic choice made by the Central Committee [of the Communist Party of China] with Comrade Xi Jinping as the core”. The Committee described the decision as “a strategy crucial for a millennium to come”.

Chinese President Xi Jinping believes the promotion of high-end industries is key to the area’s development, and underscored its potential as a new platform for greater openness and international cooperation.

As part of the same announcement, China officially established seven new free-trade zones. As reported in The Huffington Post, Zhou Ying, CEO of Blue Technology, said: “The Chinese economic system is now fully equipped to become a global economic powerhouse in the 21st century. There are still things to work out in detail, but I’m optimistic about the situation.”