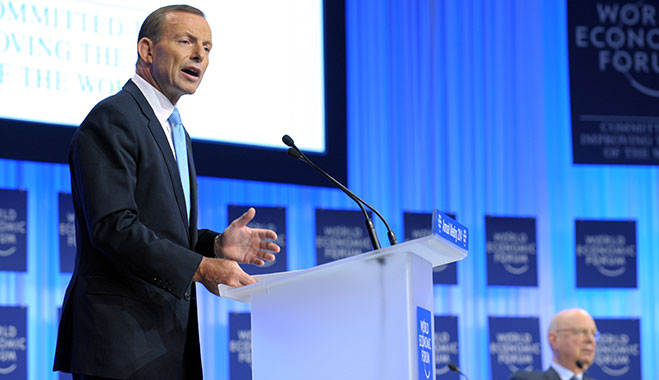 The G20 conference will be landing in Brisbane this November, and Prime Minister Tony Abbott used his speech at the WEF to outline what he perceived as a chance for Australia to promote free-market economics across the world.

He told the audience at Davos that Australia will be making the case for reduced government spending and the development of sustainable private sectors as well.

“Even though the crisis was the gravest economic challenge the world has faced since the 1930s, it’s important to remember that it was not a crisis of markets, but one of governance,” said Abbott. “Then it was the G20 which helped to coordinate the actions which prevented another Great Depression.

“The challenge as we continue to work through the weaknesses that brought on the crisis is to strengthen governance without suppressing the vitality of capitalism. The crisis after all has not changed any of the basic laws of economics.”

Abbott outlined his vision of a G20 in which business activity is key.

“And stronger growth requires getting government spending under control so that taxes can come down and reducing regulation so that productivity can rise. In the decade prior to the crisis, consisitent surpluses and a preference for business helped my country, Australia, to become one of the world’s best performing economies.”

Abbott took the Davos stage after Iranian President Hassan Rouhani, and called for an end to the on-going violence in Syria.