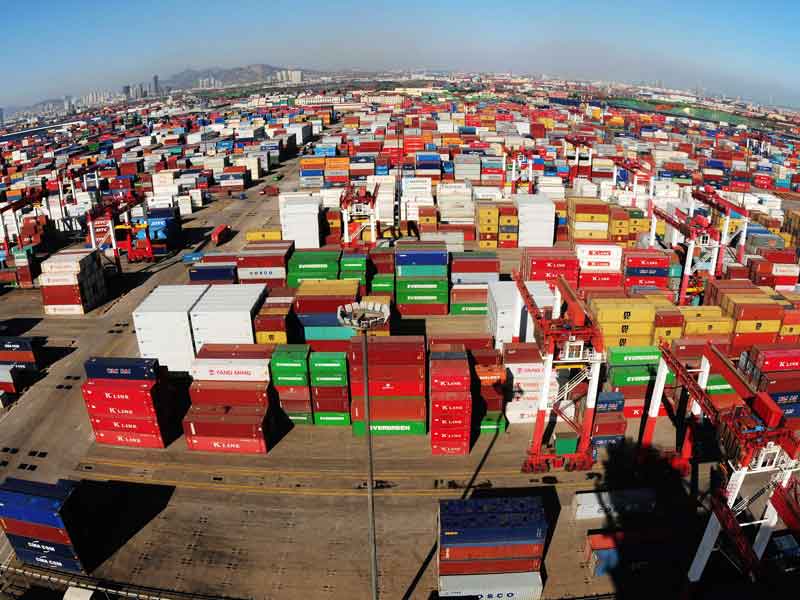 Containers are offloaded at Qingdao Port in China. There are concerns that the country would benefit from artificially cheap exports were it to gain market economy status
Government policy | Infrastructure
Author: Kim Darrah

EU President Jean-Claude Juncker asserted that “[Europeans] are not naïve free traders” upon announcing a landmark change in EU anti-dumping law. The law will position regulators to guard against cheap Chinese imports should the country be granted market economy status.

Newly introduced legislation will change the way the EU calculates dumping margins for cases where there are “significant market distortions, or a pervasive state’s influence on the economy”.

To determine whether market distortions are taking place, the EU will consider factors such as state policies and influence, the independence of the financial sector, the presence of state-owned enterprises, and any discrimination in favour of domestic companies.

Under previous rules, it would have become much more difficult for the EU to accuse Beijing of illegal trade practices if China were granted market economy status

The rule change preempts a ruling by the World Trade Organisation over whether China should be granted market economy status, as was initially promised when the country signed up to the organisation in 2001.

Under previous rules, it would have been much more difficult for the EU to accuse Beijing of illegal trade practices if China were granted market economy status.

Cecilia Malmström, EU Commissioner for Trade, said: “We believe that the changes [to the legislation] agreed today… strengthen EU’s trade defence instruments and will ensure that our European industry will be well equipped to deal with the unfair competition they face from dumped and subsidised imports now and in the future… With today’s successful outcome, the EU will have an anti-dumping methodology in place which will deal head-on with the market distortions which may exist in exporting economies.”

While the rules are technically country-neutral, and Juncker has underscored that the legislation does not aim to target any particular country, the move could act to add fuel to tensions with China.