With the Ecuadoran left wing government revitalised, opportunities for economic reforms have been limited 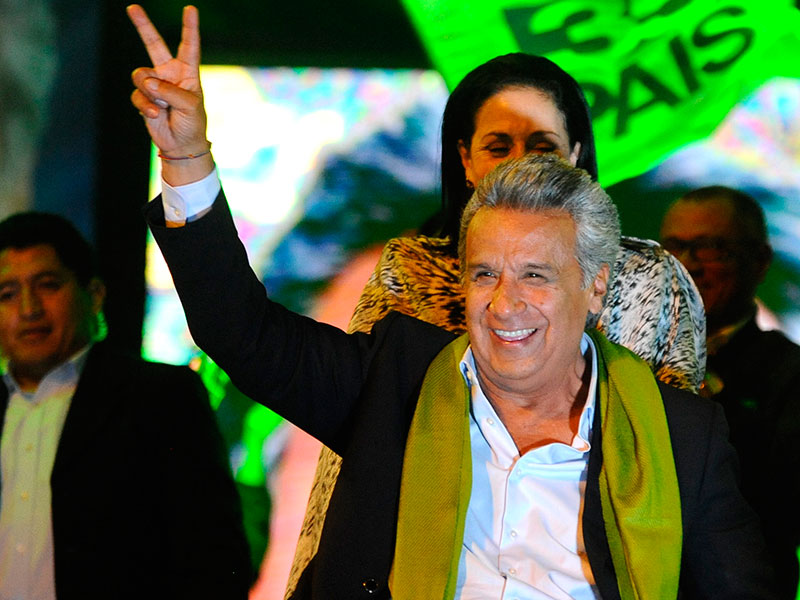 Between 1997 and 2007, Ecuador lost seven presidents to coups, impeachments and political movements. Then, a left wing political party called the Alianza PAIS (AP) swept to power. Led by the charismatic Rafael Correa, the AP became wildly popular with its promises of wealth redistribution and national sovereignty, and over the course of seven years drastically cut poverty and improved infrastructure across the country. The stability was a welcome change for Ecuadorans.

Unfortunately, there was a fundamental flaw in this development: state-led reforms rested heavily on an oil boom, and in 2014 the global crash in oil prices caused the government’s economic model to fall apart, plunging Ecuador into recession. However, three years later, Correa was still in power.

With corruption scandals and media suppression also rife in Ecuador, the AP recently hit a double crisis: an arduous battle in the run-up to the April 2 election, and a deepening economic downturn.

A tight race
On the surface, the election was a clear-cut choice between left and right. After a decade in power, Correa handed the reins to former Vice-President Lenín Moreno, a left wing candidate widely considered to be less charismatic than his predecessor. Dr Andrés Mejía Acosta, Senior Lecturer in Political Economy of Emerging Markets at King’s College London, told World Finance: “He is thought to be a safe pair of hands and represents continuity and the promise of fewer adjustments.”

Many expected the 2017 election to be an economic turning point for Ecuador, but in reality, change was never likely to come quickly

On the right was opposition candidate Guillermo Lasso. Ecuador’s middle class latched on to his policies, fearing that Moreno’s limited reforms would prove unsustainable. Lasso’s manifesto promised deregulation, lower taxes and greater support for the private sector. He also wanted Ecuador to join the Pacific Alliance. “That would be a total reorientation of the country”, said Mark Keller of the Economist Intelligence Unit.

On April 4, Moreno was narrowly declared the victor. Throughout his campaign, left and right wing economic policies were debated, often with big labels like “revolution” and “democracy” attached to them. Ideology was important to voters on both sides. As such, it is worth considering just how significant this moment really was for Ecuador.

Many expected the 2017 election to be an economic turning point for Ecuador, but in reality, change was never likely to come quickly under Lasso. Indeed, even Moreno’s limited adjustments will now see stiff opposition.

The AP’s economic model is a huge obstacle to reform. Keller explained: “Even with the massive windfall, the Correa government spent like oil would always be over $100 a barrel and put no money aside for a rainy day.”

Ecuador’s foreign reserve equals only about four to five percent of GDP. The AP therefore realised that the 2014 crisis was going to unfold in a particularly painful way, thanks to this small safety net and a lack of diversification into other sectors, such as mining. Correa attempted to make up for the oil trough by borrowing, but as this strategy was unsustainable, fiscal adjustments are now necessary.

“Moreno’s style alone is very different to Correa’s”, explained Keller. “But, considering that he is still beholden to the Alianza PAIS – which will consider a lot of changes to be ‘neoliberal’ and a betrayal of the ‘citizens’ revolution’ – I don’t think [his reforms] will be extreme.”

Ecuadorians are nowadays used to the idea of Correa’s citizens’ revolution, which is perhaps the biggest barrier to change. Some programmes like the CEGA conditional cash transfer are cheap enough to keep, but heftier elements of public spending might die harder. One example is fuel subsidies, which account for roughly $300m a month. With many citizens heavily dependent on the state, cuts are particularly difficult to implement, since lower subsidies mean higher prices for food and transportation.

According to Mejía Acosta: “A bigger constraint for fiscal adjustments is the reduction of public sector salaries. This will be controversial and will undermine the base of support of many Correa followers… The other thing that would be very difficult to adjust, whether it’s Lasso or Moreno, is raising further taxes. Nobody is talking about the ‘t-word’ unless it’s to decrease them, because people will not have the capacity to contribute in a context of economic stagnation, unemployment and high inflation.”

Wider scope
Other Latin American countries have already hit these stumbling blocks. Dr Paulo Drinot, Professor of Latin American History at University College London, told World Finance: “If you look at what’s happening in Argentina at the moment, [President Mauricio] Macri has introduced a number of cuts and there have been large protests… It remains to be seen whether [Macri] can roll back the bulk of the measures that were implemented under both Néstor Kircher and then Cristina Fernández. Similarly, in Brazil under Temer, there are some moves to hollow out the state as in the neoliberal era, but it’s not clear whether such moves will succeed.”

The real significance of the Ecuadoran election is that it represents an extension of the status quo, rather than a commitment to a long-term rightward shift

For example, the new Brazilian Government has upheld Bolsa Família social spending, and Peru has kept the Juntos scheme. Both are conditional cash transfers like Ecuador’s CEGA.

Under either Moreno or Lasso, change was always likely to be slow. As such, the real significance of the Ecuadoran election is that it represents an extension of the status quo rather than a commitment to a long-term rightward shift.

In South America, the popularity of state-led economies peaked in the mid-2000s when they were installed in Chile, Brazil, Colombia, Uruguay, Nicaragua and elsewhere. This wave of left wing governments was called the Pink Tide. It began to recede in 2013 with the death of Hugo Chávez in Venezuela, and has been in full retreat since the impeachment of Dilma Rousseff in Brazil and the election of Macri in Argentina. Economies are now liberalising in the subcontinent, even though state intervention has endured.

In a similar way, a Lasso victory could have planted the seed for open borders, liberal markets and a private sector that drives economic growth. “April can be a litmus test”, said Mejía Acosta, speaking prior to the election. “The world is out there. This election will signal whether Ecuador can return to democratic competition, or remain and go deeper into the 21st century socialism, non-democratic brand… Ecuador has the chance to break that trend.”

Lasso wanted to join the process of economic integration between Latin American countries such as Colombia and Peru, which have signed agreements with multiple partners. This would have signaled a diversification of Ecuador’s trade links and a step back from socialist alliances.

Under Moreno, this future has been denied. Moreno will implement a fiscal reform, but it will not be as drastic as it could have been. He is also unlikely to shift Ecuadoran borrowing away from China and back towards the IMF.

The country will look somewhat different as it moves to tackle the economic downturn – the second crisis on the AP’s list. Yet in the long run, as Correa’s legacy is consolidated, things are set to remain largely the same.