The global effects of Trumpenomics

As a new president takes charge of the world’s largest economy, US policy decisions could strike a destabilising blow against emerging markets 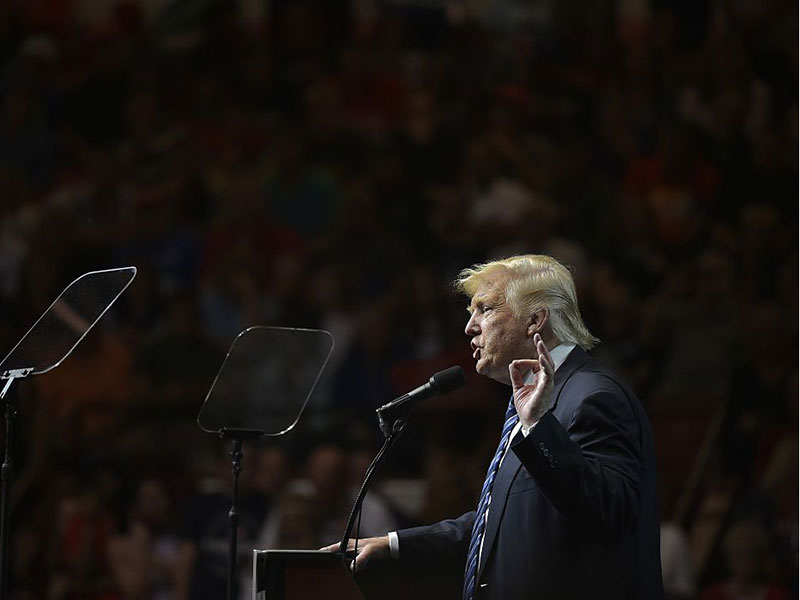 On January 20, businessman turned politician Donald Trump took the helm of the world’s most dominant economy. He brings with him a series of drastic and unorthodox economic plans that will inevitably reverberate the world over.

A special focus report, recently released by the World Bank, shines light on the “sizeable ripple effects” that can be expected should Trump fulfil his campaign manifesto. The report emphasised global growth hangs directly on decisions made in the White House; predicting the global growth rate will diverge from current projections in the event Trump fully implements his policy promises.

Notably, if he keeps to his word on fiscal measures, the bank predicts an “increase [of] both US GDP growth and global growth above baseline projections in 2017 and 2018”. The flip side, however, is a warning the same polices could harbour destabilising financial effects for emerging market economies.

According to estimates from the World Bank, the role of the US is dominant to the extent a one point increase in US growth could lift growth in advanced economies by 0.8 percent, and developing economies by 0.6 percent. However, its influence takes on a much more pervasive form for emerging market economies, whose dollarised financial system has left them burdened with an unhealthy exposure to US policy decisions.

In such countries, US monetary policy can set the tune for credit conditions and financial health. World Finance talked to Professor Charles Calomiris, Professor of Financial Institutions at Columbia Business School, who said: “What we know from the last 30 or 40 years is that there is a very close relationship between the cycle of monetary policy in the US and the cycle of crises in emerging market countries.”

Trumpenomics begins
Since Donald Trump’s election victory, the cycle of monetary policy in the US has reached the brink of a new phase. After eight years of historically low interest rates, the country is now facing a new era of tax cuts, deregulation and fiscal injections. Trump has declared he will dramatically cut income and corporate taxes, while simultaneously launching vast new infrastructure projects. In addition, his lax approach to financial regulation has the potential to unleash newfound inflationary pressures on the economy. The Fed, of course, is poised to react, with many arguing a lift-off of interest rates is imminent. Indeed, Calomiris argues, “interest rates are likely to rise much faster than people think”.

In the first policy announcement since Trump’s victory, the Fed signalled hikes in 2017 would be more frequent than previously projected. While only two rate rises of 0.25 percent had originally been planned, the latest projection suggests three will be implemented. Currency markets also jumped on this theme, with interest rate expectations triggering a surge in the dollar upon the announcement of Trump’s election victory.

The World Bank has warned of the adverse implications of such a Fed lift-off, particularly in the event that policy decisions by Trump’s incoming administration propel rate rises to a pace faster than originally anticipated. The report outlined: “Tightening US financial conditions – whether due to faster-than-expected normalisation of US monetary policy or other reasons – could reverberate across global financial markets, with adverse effects on some emerging markets and developing economies that rely heavily on external financing.”

Financially exposed
Crucially, rising US interest rates threaten to expose the financial fragility of many emerging market economies. Many emerging economies hold a vast proportion of their corporate and national debt in dollar form; meaning borrowers are extremely vulnerable to either an exchange rate devaluation or changes in US interest rates. Such borrowers are experiencing a surge in the size of their debts amid a hike in interest costs. Damaged creditworthiness of debtors can then threaten banks’ credit quality, triggering a tightening of credit supply.

According to Calomiris, this weakness is further exacerbated by the dominance of debt issued on short term contracts in countries with weak institutional characteristics. This kind of short term dollar denominated debt embodies a certain volatility, given investors “are reserving the option to withdraw the money suddenly once interest rates return in the US”. Thus, many nations are facing the prospect of a sudden withdrawal of capital and tightening financial conditions, which could prompt severe consequences for economic activity.

Peru, Turkey and Mexico, among other emerging market economies, have all seen the value of their currencies tumble upon the announcement of Trump’s victory.

The shock that can be expected as a result of capital outflows is of course not just one story – it will vary widely from country to country. Calomiris believes: “This reflects the institutional characteristics of the country… to give an example, Peru is, I think, a big concern. People have believed for some time that the exchange rate is overvalued, that they are a dollarised financial system, and that they are not in a position of short term strength.”

This fragile financial scenario seen in emerging market economies is nothing new. It has been building for years, spurred by a lengthy phase of loose Fed rates and a lack of protections against an influx of dollarised debt. In an integrated global economy, it is inevitable that decisions made in the world’s largest economy will have implications beyond its borders. In this case, the ripple effects felt by emerging markets will be broadly mixed.

On the one hand, with the outlook for growth in the US broadly positive, the world economy is likely to see a boost, especially in the event of a fiscal stimulus. Nonetheless, the exposure of long-standing fragilities in many emerging market economies will present a painful side effect to a new era of US policy.