Can People’s QE be a means of plugging the infrastructure investment gap? Tax expert and economist Richard Murphy told Matt Timms that, potentially, it can 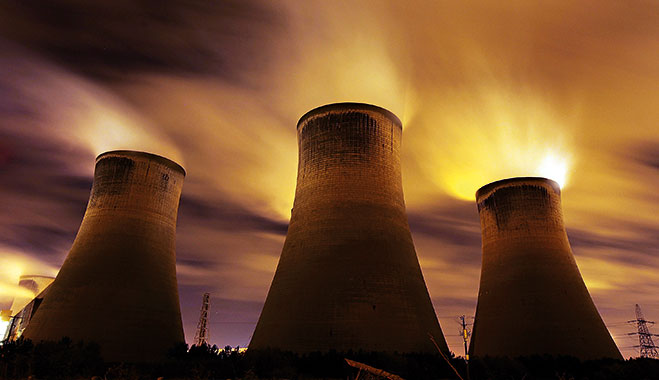 According to The World Economic Forum, approximately $5.7trn must be invested in infrastructure annually by 2020 if we’re to head off the threats posed by climate change. With priorities as they stand, the infrastructure gap shows no signs of abating in the immediate-term and the situation will likely worsen if governments choose to ignore the issues at hand. The challenge for public sector institutions therefore, is to use what limited resources they have to remedy the aforementioned issues of climate change and infrastructure spending.

In a period where governments are warming to expansionary monetary policies, some believe a similar stance – albeit one with a few modifications – could succeed in mitigating climate change and boost infrastructure spending. Certainly, more measures are needed if we’re to reduce the risks, though what form they might take is a matter for debate.

World Finance spoke to Richard Murphy, author of Corbynomics and The Joy of Tax, about the merits of a ‘people’s’ quantitative easing (QE) and how a programme of this type could plug the investment gap. As one of the most influential figures in global tax and a constant presence in discussions about tax justice, the anti-poverty campaigner and tax expert offered us his take on why a People’s QE is preferable to the conventional alternative.

There are three consequences of this. First, interest on that debt is effectively cancelled. After a QE purchase of debt by the government, any interest then paid on that represents the government, in effect, paying itself. That amounts to little more than the government shifting money from one of its pockets to another.

It is, of course, essential that any money invested by government or one of its agencies on behalf of society must be managed to good effect

Third, because QE debt is not bought from the government by its central bank but is instead bought from the debt’s previous owners (usually pension funds, insurance companies or banks) then something else also happens: new money is created and injected into the financial system. It is important to understand that this is not new money raised from taxpayers. This is instead new money created by the central bank in the same way that all banks create money when they make loans.

How does the People’s QE differ from that of conventional QE?
People’s QE is different. Whereas conventional QE buys back government bonds already in issue and makes payment to the previous owner of that bond, without any condition attached to it, People’s QE has a quite different goal.

The bonds used in People’s QE are issued by a government agency with the task of investing for the purpose of ensuring that new infrastructure is created in the economy. That agency could be specially created for this purpose, or it could be a subsidiary of a central bank that directs the funds to those best able to use them, as loans or grants.

But the important point is that this agency will issue bonds to bond markets (which includes banks, pension funds, insurance companies, and of course individuals and companies) with a degree of expectation that at least some of those bonds will be bought by the central bank of the country that has, at least in part, been primed to buy them. The blatant intention of this exercise is to provide additional – and new – funding for the purpose of tackling a shortfall of investment and creating new jobs.

The proportion of funding that comes from the private sector, and that which will come from People’s QE, will be dependent upon the demand for the bonds at the time they are issued to the market by the agency responsible for their creation. If the entire bond issue is taken up by the private market then so be it: there would then be no need for the government to intervene because the funding would have been provided for the projects in any event. If, however, there was a potential shortfall in private sector demand for the bonds, compared to the need for funding for infrastructure that is believed to exist, then the government could make up the difference using People’s QE. In other words, People’s QE is used to ensure that there is no shortage of funds for this essential purpose.

Are there any questions of illegality in funding people’s change investment in this way?
Some questions have been raised as to whether it’s legal under European law for a government to arrange for the issue of bonds knowing that its own central bank might then acquire them. There are provisions in European treaties that forbid a direct loan from a central bank to the government responsible for its operations.

There are two responses to this suggestion of illegality. The first is that, if it is true, then it is highly likely that the entire UK and all the EU QE programmes that have been put in place to date are illegal. We think it very unlikely that the governments responsible for these programmes would have undertaken them if they thought that was the case, and there is no sign of a legal challenge arising ever since German objections at the time the EU programme’s creation were dismissed.

Second, the People’s QE programme is designed to overcome this objection. All the bonds that will be subject to this programme would, in the first instance, be issued by the agency responsible for their creation to private sector buyers. It would only be after they’ve been placed with those private sector buyers (even if they were underwriters) that the bonds could then be repurchased by a central bank.

In this way we believe that all the requirements of European law will be met, even at the cost of paying a small fee, at the very least, to a private sector underwriter at the time the bonds are first issued.

To what degree do the bonds used for People’s QE represent a public/private partnership?
One of the reservations that some people have about the government being involved in deciding which project should be invested in as part of a People’s QE programme is that they believe the private sector has a better track record in deciding which projects are worthwhile investing in.

This is not the place to debate whether this is true or not, but what’s important to note is that every single bond that would be issued for the purposes of funding People’s QE would be offered to the private sector. Therefore, in each and every case the discipline that private sector ownership could impose upon the decision-making processes will exist.

What would you say to those who criticise People’s QE on the grounds that QE funds must be invested profitably?
It is, of course, essential that any money invested by government or one of its agencies on behalf of society must be managed to good effect. And because the bonds subject to People’s QE will, at least in the first instance, be sold to the private sector to satisfy EU legal requirements, there will be a need to demonstrate a return on investment.

In practice there are several ways in which that return could be paid. In some instances projects invested in will undoubtedly be expected to generate revenues. So, for example, People’s QE funds could be used to invest in carbon neutral housing, in which case profits on sale or from rental incomes could be used to finance a return.

Alternatively, People’s QE could be used to create new, carbon neutral, generating capacity, which would, again, make a return, and could therefore pay a return to investors.

Another possibility is that the government would decide to subsidise a particular type of activity, as has been the case with the installation of photovoltaic cells on housing during the development period.

It would also be entirely possible for some bonds to be created with a higher risk attached to them, and for them to be marked on that basis so that any return might be dependent upon technology breakthroughs. In these cases the return would come from the exploitation of intellectual property that the project generated.

The point is that the creation of bonds to fund People’s QE does, in itself, impose the necessary discipline on those managing these investments and this is true whether or not these bonds will be held in the private sector or the central bank.

Can enough money be created to make a real, lasting difference?
One of the challenges posed by the current shortfalls in infrastructure investment, including those relating to climate change, is the sheer scale of the money required to tackle the issues that arise. By 2020 it is expected that climate change requirements might reach $100bn per annum, for example.

This sum is not, of course, required for each and every country: it is a global figure, and when global GDP is about $70trn a year the scale required is more readily understood – otherwise equivalent to about 0.15 percent of global income. The sum, when expressed in this way, is a little less daunting. It also seems more achievable when it is realised that over the last few years the global economy has been able to absorb around $1trn per annum of conventional QE without threatening the stability of the global financial system in any way.

What’s more, when that financial system has not suffered from inflation, but there has been a continuing and persistent unemployment problem in many of the world’s major economies, then it’s clear that the physical capacity to invest in the infrastructure needed to address fundamental issues such as climate change does exist. The role of People’s QE is to make that possible.