TPP set to go ahead despite US withdrawal 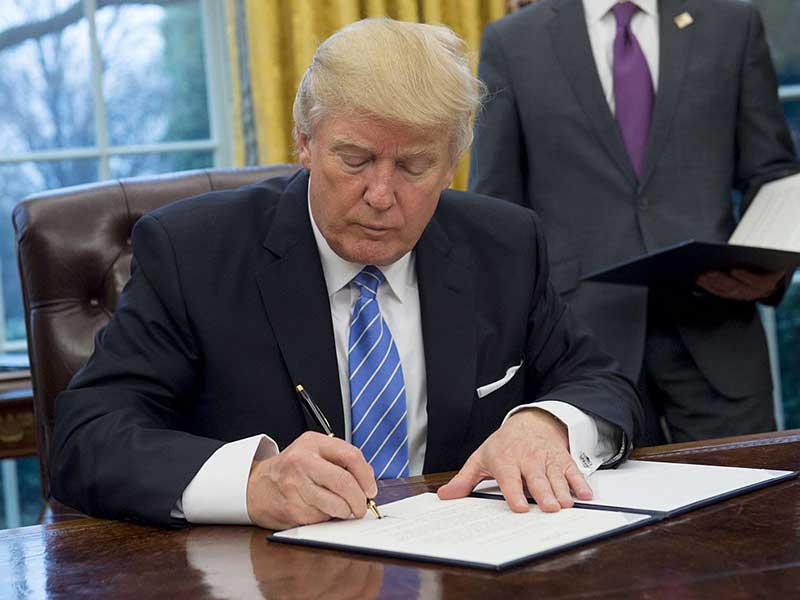 Donald Trump signed an executive order to withdraw the US from the TPP in January
Government policy | Infrastructure
Author: Kim Darrah

In its original form, the Trans-Pacific Partnership (TPP) included 12 countries and covered 40 percent of the global economy. While many suggested the trade pact would end after Donald Trump moved to withdraw the US from the deal, ministers of the remaining 11 countries have announced it will push ahead.

The broad-ranging trade deal includes widespread tariff reductions, as well as provisions to lock in intellectual property rights and labour protections. Initially spearheaded by the US, the deal was broadly acknowledged as a vehicle for the country to influence the rules of 21st century trade.

Initially spearheaded by the US, the TPP was broadly acknowledged as a vehicle for the country to influence the rules of 21st century trade

Despite the gaping hole left by the US’ departure, ministers from the remaining 11 nations hope to breath new life into the deal. Following a meeting of the signatories in Vietnam on May 21, a joint ministerial statement said: “The ministers agreed on the value of realising the TPP’s benefits and to that end, they agreed to launch a process to assess options to bring the comprehensive, high quality agreement into force expeditiously, including how to facilitate membership for the original signatories.”

The ministers agreed to complete preparatory work by November, paving the way for the deal to go ahead as planned. The statement also expressed support for the partnership to expand in the future, asserting the agreement would be extended to all nations that could “accept the high standards of the TPP”.

The member states also insisted the US would be able to rejoin the partnership at a later date. Steve Ciobo, Australian Minister for Trade, Tourism and Investment, said: “It’s important to leave the door open to the United States. It may not suit US interests at this point in time… but circumstances might change in the future.”