The “taxpayer-first” budget will seek to severely cut anti-poverty and education programmes, while boosting military spending 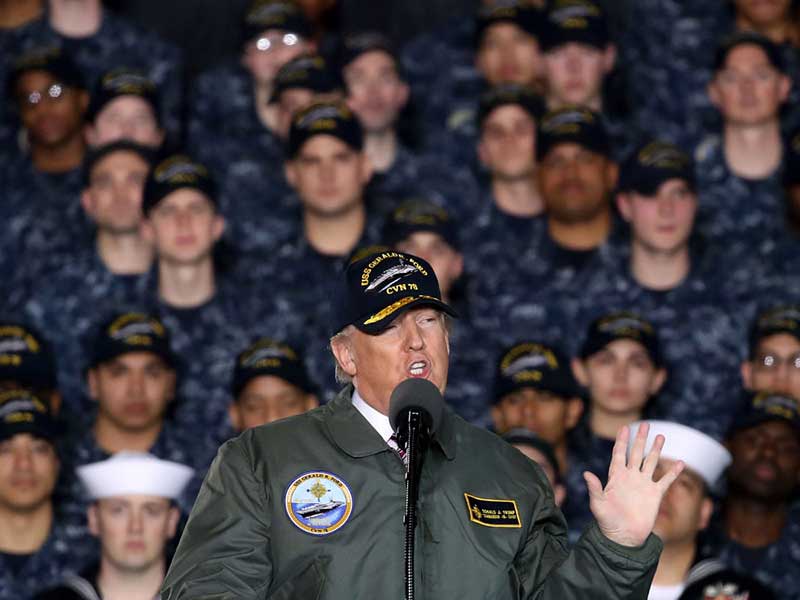 On May 24, President Donald Trump will unveil his administration’s first comprehensive budget proposal, which includes a planned $3.6trn in spending cuts over the next 10 years. The ambitious plan, entitled A New Foundation for American Greatness, seeks to balance the budget by reducing spending on programmes such as Medicaid, Medicare and the Supplemental Nutrition Assistance Programme (commonly known as food stamps). The budget proposal also calls for deep cuts to education, slashing funding by $9.2bn over the next decade.

Cuts to social security and non-defence-orientated government agencies will allow the Trump administration to reallocate federal funds and ramp up spending on defence, border security and infrastructure. Under the president’s proposed plan, military spending will increase by approximately $25.4bn a year over the course of the next decade, while $2.8bn of border security funding will be funnelled into Trump’s controversial border wall project. The president is also calling for $25bn to introduce the US’ first nationwide paid parental leave programme.

Military spending is set to increase by approximately $25.4bn a year over the course of the next decade

In a meeting with reporters at the White House on May 22, Trump’s budget chief, Mick Mulvaney, called the proposal a “taxpayer-first budget”. Mulvaney added: “This is the first time in a long time that an administration has written a budget through the eyes of the people who are actually paying the taxes.”

While the budget proposal is still yet to be officially released, it has already been met with scepticism by Capitol Hill lawmakers. Interestingly, the plan assumes an ambitious sustained growth rate of three percent, which far exceeds the current projected rate of 1.9 percent. With a low labour force participation rate and sluggish productivity, many economists doubt whether the US can indeed meet this three percent growth target. As such, relying on economic growth to provide revenue for federal spending may be unwise.“The ugly truth is this: you can never balance a budget at 1.9 percent growth”, Mulvaney told reporters.

Such an overreliance on growth may make it difficult for the budget proposal to gain support on Capitol Hill, particularly in the wake of President Trump’s proposed series of tax cuts, which could cost the federal government up to $5trn in lost revenue. While the budget may fail to make significant headway in Congress, it does confirm the Trump administration’s drastic stance on fiscal policy.