The Trump administration has accused the Bank of Dandong of laundering money for the North Korean regime, placing the bank under review 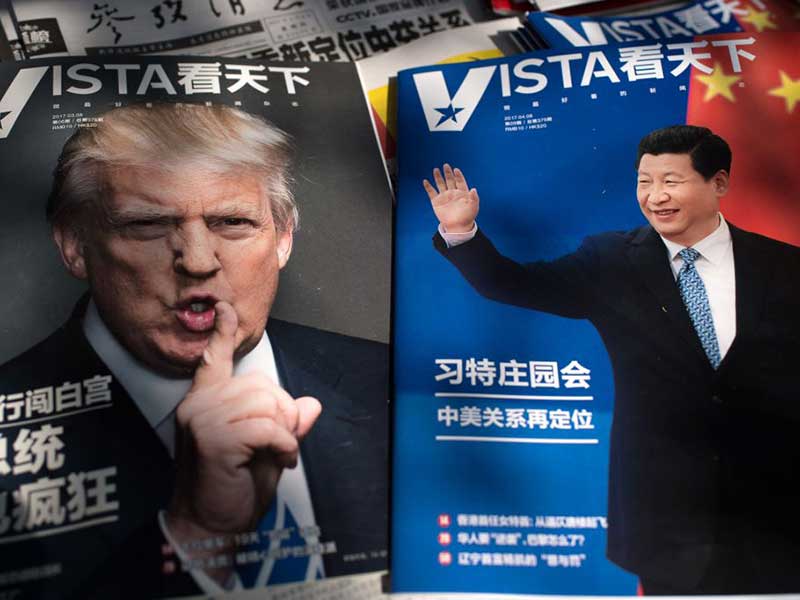 Chinese magazines featuring Presidents Donald Trump and Xi Jinping on the front covers in the run up to the historic US-China summit, which was held in the US in April
Government policy | Infrastructure
Author: Emily Cashen

The Trump administration has accused China’s Bank of Dandong of illicit financial dealings with North Korea, including the laundering of money for the totalitarian state. The US Treasury is now considering cutting the modest bank from the US financial system, increasing pressure on Beijing to clamp down on its wayward neighbour.

In a statement released on June 29, the US Treasury said: “Bank of Dandong acts as a conduit for North Korea to access the US and international financial systems, including by facilitating millions of dollars of transactions for companies involved in North Korea’s WMD [Weapons of Mass Destruction] and ballistic missile programmes.”

Last week, President Trump said China’s efforts to rein in North Korea have “not worked out”, indicating he may be prepared to adopt a more aggressive stance on Pyongyang. Trump has been leaning on the Chinese leader to help curb North Korea’s nuclear ambition ever since President Xi Jinping made his historic visit to the US in April. As a result, China is coming under increasing pressure to fully comply with international sanctions on the state, which include cutting economic ties with the nation.

However, China has been the reclusive nation’s sole trading partner and only international ally for some years now. North Korea not only relies on Chinese trade to keep its economy afloat, but is also thought to funnel much of this revenue into its flagship nuclear missiles programmes.

Despite mounting international pressure to end the economic relationship, China has been keen to maintain trade relations with the state. However, since the summit in April, President Xi Jinping has taken a somewhat tougher stance on China’s neighbour, halting imports of coal from North Korea.

The US Treasury will now carry out a 60-day review of the Bank of Dandong, after which it will decide whether to fully sanction the Chinese bank. The bank in question is based in the northeastern city of Dandong, which sits on the border of China and North Korea. The border serves as a gateway for trade between the two nations, and has been described as the isolated state’s lifeline to the outside world.

In response to the possible blacklisting, US Treasury Secretary Steve Mnuchin confirmed the US is still keen to work with China to combat the North Korean nuclear threat. “We are in no way targeting China with these actions,” Mnuchin told reporters at a White House news briefing.