After Spotify and Slack bypassed traditional initial public offerings for direct listings, speculation is growing over whether more tech companies will sidestep conventional routes to the public market 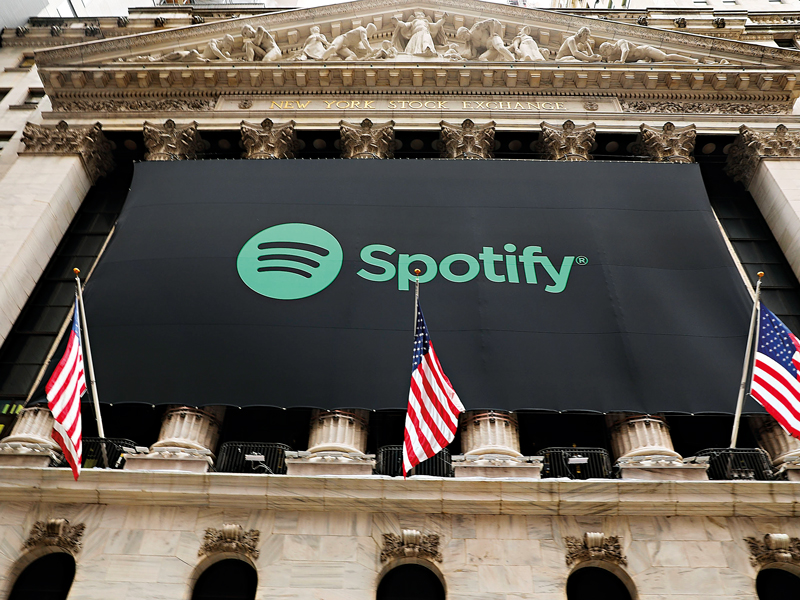 Spotify’s direct listing could have remained an anomaly on Wall Street, but just over a year later, messaging platform Slack became the next large tech firm to pursue one
Featured | Strategy
Author: Courtney Goldsmith

The global investment community watched with keen interest in 2018 when Spotify debuted on the New York Stock Exchange. The listing was not only significant because of the music streaming platform’s huge popularity, but also because of the unconventional route it took to the public market.

Spotify eschewed a typical initial public offering (IPO) in favour of a direct listing, where instead of issuing new shares to raise money, the company sold its existing shares directly to the market.

Spotify’s direct listing could have remained an anomaly on Wall Street, but just over a year later, messaging platform Slack became the next large tech firm to pursue one. Questions are now emerging over the future of the IPO as a model for raising capital.

Although the advantages of direct listings are clear for some firms, the sacrifices made along the way can make them illogical for others

Directing attention
Slack’s direct listing in June may signal greater prominence for the phenomenon. Jay Ritter, a professor of finance at the Warrington College of Business at the University of Florida, said the move showed Spotify’s direct listing was “not just a one-off event”.

With a new precedent potentially set, industry insiders are debating whether more companies will pursue this unusual type of listing. Airbnb, which has not set a date for an IPO, has been earmarked as a prime candidate, with signs suggesting the company is considering its own direct listing. Recode even reported in 2018 that Airbnb CEO Brian Chesky consulted with Spotify’s Ek about how Airbnb could seek its own listing.

A number of factors make the direct listing route attractive, but most notable among them is the cost savings. Companies that participate in traditional bookbuilding IPOs pay hefty fees to investment bankers, typically amounting to around seven percent of the proceeds of their IPO. Conventional IPOs also employ a lock-up period of up to 180 days – a time following the IPO during which large investors cannot sell their shares. Direct listings eliminate this lock-up window.

The lack of a lock-up period was a big draw for Spotify, as the company’s lawyers wrote in a case study for Harvard Law School’s Forum on Corporate Governance and Financial Regulation. Marc Jaffe and Greg Rodgers, partners at Latham & Watkins, wrote in the 2018 case study: “By forgoing the underwritten offering process, Spotify was able to accomplish its goal of providing liquidity without imposing IPO-style lock-up agreements upon listing, and, as a result, the Spotify shareholders were free to sell their shares on the New York Stock Exchange… immediately.”

Some investors find the absence of a lock-up period appealing. Phillip Braun, a finance professor at Northwestern University’s Kellogg School of Management, told World Finance: “My view is that direct listings occur at the request of venture capitalists and private equity investors so that they can cash out of their investments easily.”

However, in an interview with TechCrunch, Barbara Gray, the founder of investment research firm Brady Capital Research, highlighted how this can raise the risk of volatility: “Unlike with an IPO, with benefits of stabilising bids and 90 to [180-day] lock-up agreements prohibiting existing investors from selling their shares, a flood of sellers could hit the market.”

Through its direct listing, Spotify also wanted to ensure all buyers and sellers were given equal access. As Jamie McGurk, an operating partner for venture capital firm Andreessen Horowitz, wrote in an article titled All About Direct Listings, retail shareholders have the same access to shares as “the most sophisticated investment institution” when companies choose this route.

Of Spotify’s direct listing, Jaffe and Rodgers wrote: “This open-access feature and the ability of virtually all existing holders to sell their shares, and of any investor to buy their shares, created a powerful market-driven dynamic for the opening of trading.”

Small problems
Although the advantages of direct listings are clear for some firms, the sacrifices made along the way can make them illogical for others. For example, bankers tend to bundle analyst coverage in with the traditional bookbuilding process, meaning those seeking a direct listing would not be guaranteed any coverage.

While the huge reputations of Spotify and Slack ensured they would receive abundant analyst coverage following their direct listings, smaller companies taking this route wouldn’t be so lucky. Moreover, the conventional move also includes a road show, during which the bankers underwriting the IPO present the company and management team to a series of investors in order to drum up interest ahead of the listing. Removing these elements may not put off a company like Airbnb, which has already made waves in the investment community as an innovative disruptor, but lesser-known organisations could find them to be unsuitable until they can gain more exposure. “Smaller companies that want analyst coverage from influential analysts will probably continue to use bookbuilding as a way of paying for the coverage,” Ritter explained to World Finance. Gray, meanwhile, suggested that even well-known tech firms appreciate the traditional process of bankers building excitement ahead of an IPO. She told TechCrunch: “I expect most unicorns will still choose to pay the fat underwriting fees to be paraded around by investment bankers.”

Due to the high bar that firms must meet to achieve a direct listing, Braun does not envision a big wave of companies following Spotify and Slack: “For a company to be able to [directly] list, it is necessary for the company to have positive earnings growth and a strong balance sheet. Very few new firms meet these criteria.”

Even Jaffe and Rodgers acknowledged this in their case study: “While Spotify proved that a direct listing is a viable alternative to an underwritten IPO, the process is certainly not right for every issuer.” They argued that Spotify was ideally positioned: it was well capitalised, did not need to raise funds and had a large, diverse shareholder base. What’s more, the brand was widely known and its business model was easily understood. “Companies that do not share these traits may not be the right fit for a direct listing,” Jaffe and Rodgers wrote.

McGurk, however, argued that the direct listing route could open up to lesser-known companies over time: “As direct listings become more popular, the need for brand recognition will dissipate. The job of buyers in both a traditional IPO and a direct listing is to get to know the companies coming to market long before they actually do.”

A niche market
For now, the bottom line for direct listings is that they are not the right fit for every company, and for that reason it is likely they will remain something of a novelty. “I expect direct listings to be a niche,” Ritter said. “I think that the most likely scenario is that a handful of large, highly visible companies will do direct listings.”

In Braun’s view, the fact that just two companies have pursued direct listings does not signify that any significant changes to the IPO process will flourish: “Direct listings can only occur for specific companies. I can only envision alternatives to traditional IPOs happening internationally, if at all.”

However, Spotify was not the first company that sought to break out of the confines of the conventional IPO process. In 2004, Google went public through a so-called ‘Dutch auction’. In theory, the auction process delivers a higher price than a traditional IPO while giving individual investors – rather than just fund managers – the opportunity to buy shares.

With traditional IPOs, the underwriter decides who gets shares (and how many, if the offering is oversubscribed). “In other words, with bookbuilding, underwriters have discretion in allocating shares, and in an auction, they don’t,” Ritter explained.

Although a handful of companies followed Google’s lead, the Dutch auction method did not take off. Ritter believes this was because underwriters were unable to allocate under-priced shares to their most profitable clients. What’s more, through IPOs, underwriters can also recommend a lower offer price to maximise the profits of their buy-side clients.

“Thus, bookbuilding is a win-win arrangement for the underwriters and their hedge fund clients, but the issuing firms are losers because they raise less money than they could have,” Ritter said. While it is unlikely that big departures from the traditional IPO process will occur right away, companies could begin to look to tweak the process here and there.

As Jaffe and Rodgers wrote: “For example, could IPOs without lock-up agreements or with shorter lock-up periods begin to enter the market? Will other companies choose to conduct an Investor Day like Spotify’s and forgo more traditional, small-group meetings held as part of a road show?”

As the tug of war between companies, investors and underwriters continues, changes inspired by the direct listing method could very well begin to transform the process of companies going public.