Deutsche Bank has recently faced the wrath of re-fanged post-crash regulators. With a long and rocky history, its new chief executive has the task of restoring confidence in the German financial institution 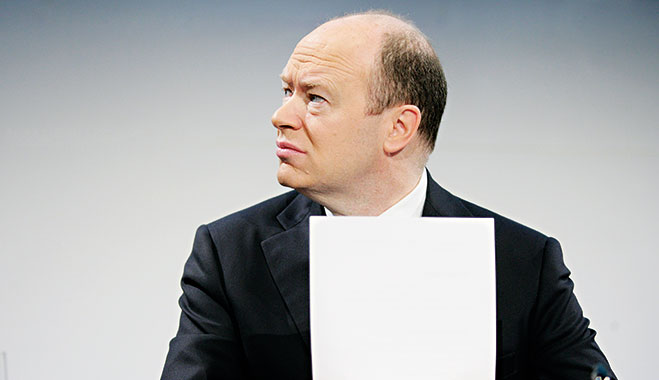 Since the onset of the 2008 crisis, many banks have come under increasing scrutiny by financial watchdogs. On both sides of the Atlantic, newly beefed-up regulators have launched increasing numbers of investigations into the conduct of financial institutions.

Pieces of legislation such as the Frank-Dodd act have placed banks under tighter regulatory control, while regulators have stepped up action pursuing banks that have transgressed rules. For instance, the UK regulator the Financial Conduct Authority carried out just four dawn raids in 2007, before this number spiked to nearly 40 by 2009 to 2010.

“Since 2008, regulators have devoted more time and energy to ensuring that a) financial institutions pose less of a systemic risk to the financial system and b) financial institutions are more aware that they must not only pay lip service to complying with regulations and ethical expectations but that they will be sanctioned for misdemeanours or lapses”, Dr Michael Flanagan, of the Accounting, Finance and Economics Department at Manchester Metropolitan University Business School told Word Finance.

According to research carried out by Roger McCormick of the CCP Research Foundation, the financial industry’s 10 largest banks racked up fines worth £166.63bn ($260.7bn) between 2009 and 2013. A number of high-profile incidents have also seen institutions slapped with large fines subjected to criminal investigations.

Large fines have been handed out to a number of banks for their role in the Libor scandal in recent years, often very publically so. According to Flanagan, particularly since the crash, “Country regulators who might in the past have preferred to handle ‘situations’ [such as the] Libor scandal in a discrete and private manner are now forced to actively cooperate and intrude more forcefully on how banks govern their businesses and appoint their senior managers.”

Over its long history, Deutsche Bank has seen a number of crises and each time it was able to survive… although not always unscathed

No stranger to scandal
Deutsche Bank in particular has been subject to much criticism from both the press and regulators for its role in rigging Libor rates. As the FT reported at the time, “Deutsche Bank has paid a record $2.5bn to authorities in the US and UK to settle allegations that it manipulated the Libor benchmark rate, a key interbank borrowing rate that underpins as much as $350trn of debt worldwide, from student loans to complex financial instruments.”

A number of employees were also dismissed, as well as DB Group Services, a subsidiary group, admitting to US criminal wire fraud charges. The fines levied on the bank were so high partially as a result of the bank misleading regulators during their investigation. This, according to one journalist at Forbes, “Shows the rottenness of Deutsche Bank’s culture.” Likewise, a confidential BaFin report criticised the bank for “keeping quiet about attempted Libor manipulation”, The Wall Street Journal reported. The bank has also been fined for its practices in US mortgage selling and is to be investigated for violating Iran sanctions as well as for alleged bribery in its Russian operations. As Flanagan noted, while it is “fairly plain that corporate governance and control was also at fault in many other financial institutions ranging from credit rating agencies, to regulators to banks… Deutsche was left standing when the musical chairs game ended”.

However, if the bank itself has a “rotten heart”, so too does it have a long legacy. Being a bank at the heart of Europe – and in Germany no less – it has played a key role in the economic development of the continent at various points in its history. Over its long history, Deutsche Bank has seen a number of crises and each time it was able to survive, often through overhauling its practices, although not always unscathed.

Early pioneer
Created just before its national namesake in the 1870, Deutsche Bank was the last financial institution to be authorised a licence as a joint-stock bank in Prussia, with such license requirements being abolished in the same year.

At a time that can be described as the first round of world economic globalisation, from the outset the bank was tasked with an international mission, with the bank’s statute stating that the “object of the company is to transact banking business of all kinds, in particular to promote and facilitate trade relations between Germany, other European countries and overseas markets”. At the time British finance dominated the financing of German foreign trade. Deutsche Bank hoped to challenge this hegemony of British banks, and between 1871 and 1873 branches were opened in the financially dominant cities of Bremen, Yokohama, Shanghai, Hamburg and London.

Financing international trade, however, soon proved to not be adequate in the long run and the bank looked to expand its operations. During its first year of business, the bank had taken the unusual step of accepting cash deposits. As normal – expected even – as that may be now for a major bank, as a Deutsche Bank outline of its own history reads, “for the German banking world it was little short of revolutionary”. These deposits gave the bank a broad capital base and also pioneered the deposit-taking business in the newly formed German Empire.

According to Deutsche Bank, the financial institution went on to see great success in its first few decades due to an “eye for good commercial prospects [that] was combined with a sound feeling for risk”. Early 20th century economists such as Nikolai Bukharin and JA Hobson saw the last two decades of 19th century capitalism as one where financial institutions and industry became increasingly intertwined; Deutsche Bank was archetypal bank in this regard.

In the 1880s and 1890s it increasingly began issuing to business and, according to the bank itself, “played a major part in the development of Germany’s electrical-engineering industry, but it also gained a strong foothold in iron and steel. A solid base in Germany permitted the financing of business abroad, which in some cases kept the bank occupied for years, the best-known example being the Baghdad Railway.” Other ventures included the in the Shantung Railway Company and Shantung Mining Company in Northern China, as well as the continued opening of new branches as far away as Istanbul. By 1914 one newspaper was able to confidently label it the biggest bank in the world.

Tragedy of the 20th century
From here on, however, the fortunes of the bank declined. In the chaotic, post-First World War era in Germany, the bank was forced to sell many of its holdings, as well as seeing its overseas assets taken over. The 1920s in Germany saw a tendency towards banks merging and consolidating. Being no exception, Deutsche Bank merged with its largest competitor Disconto-Gesellschaft in 1929. This consolidation helped it weather the impending financial crisis that hit Germany especially hard.

Following the Second World War, the bank saw its largest crises to date. In the eastern zones of Germany, controlled by Soviet forces, all banks were nationalised. Some banks under Allied control in Western areas were also nationalised or broken up to operate regionally. Deutsche Bank was subject to the latter policy, being divided in 10 different banks with the name Deutsche Bank forbidden to be used as the name of any banking operation. Deutsche Bank, it seemed, was dead.

However, under the initiative of Hermann Josef Abs, a long-time leader at Deutsche Bank, an agreement was reached in 1952 whereby 10 of the former Deutsche Bank successor institutions gradually merged into three separate new joint-stock banks, and in 1957, all three merged to form Deutsche Bank AG.

The bank slowly rebuilt its operations, creating a strong domestic network. Issuing business also picked up in the 1950s after Germany’s debt was eventually settled, leading the nation to become a creditor rather than a debtor. In 1958 the German bond market reopened when Deutsche Bank floated a “foreign-currency bond for the Anglo American Corporation of South Africa”.

Deutsche Bank once again recovered its international position in the 1970s, opening a number of branches abroad and acquiring other banks across the world in countries such as Italy, Spain, the UK and the US. This regaining of its international position it had held a century earlier continued, with the takeover of the British Morgan Grenfell Group in 1989 and in 1991 all of the bank’s American business was brought under the control of the holding company Deutsche Bank North America Holding.

With the reunification of Germany and the fall of Communism across the Eastern Europe, the bank further expanded its operations, opening up branches in once-closed off markets, with representations in Budapest and Prague starting in 1990 and Deutsche Bank Polska opening in Warsaw in 1995. A number of other international banks were acquired throughout the 1990s, culminating in the investment bank Bankers Trust in the US in 1999 and eventual listing on the New York Stock Exchange in 2001. By the 2000s the bank could boast that it was “the leader in its German home market” and “enjoys an outstanding position in Europe”.

Reorganisation, once again
Deutsche bank has been through a number of troubles and reorganisations and due to its most recent troubles may be facing another, with the new stating that the banks current performance is not good enough. John Cryan, a former UBS banker who took over from Anshu Jain as co-chief executive of Deutsche on July 1 said: “Our challenges are… evident in the unacceptably high level of our costs, our continuing burden of heavy litigation charges, a balance sheet that must be more efficient, and the poor overall returns to our shareholders.”

While many banks were caught up in the Libor scandal, Deutsche Bank’s attempt to mislead regulators perhaps suggests a specific lack of integrity and transparency at some levels of the bank. Acknowledging this, the bank has set up a review panel to ensure more ethical behaviour at the bank. Likewise, as part of its settlement, the bank will also have, according to Transparency International, as “independent monitor on Deutsche Bank to ensure the bank implements changes to prevent similar wrongdoing from occurring in the future”.

The ability to pull the bank back from the troubled place it is in today – and exculpate any alleged rotten core – of course will depend on the how well Cryan and other high-ranking employees carry out the task at hand. “Ultimately these events are a symptom of how top management govern and set objectives for its employees. High ethical standards start at the top and are adopted more or less willingly by employees through (corporate) culture, training and recruitment control mechanisms”, said Flanagan. Deutsche Bank as an institution has many times been able to overcome crises and seems adept at evolving to survive.