Isn’t it time Americans got a four-day week?

A three-day weekend provides many benefits, but getting the US to embrace a world with less work will require a massive cultural shift in the way Americans look at life 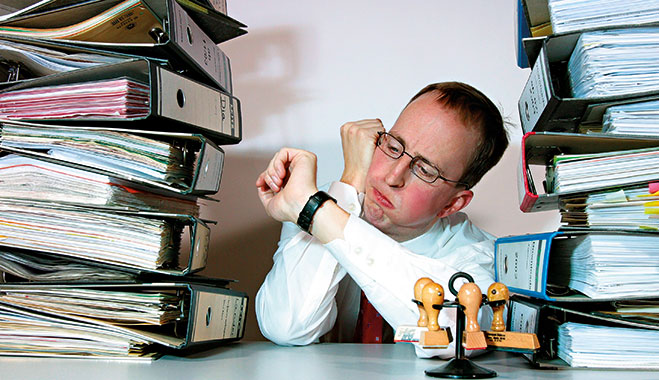 America's improving economic performance might make it entitled to decrease working hours - but for that to happen, there needs to be a change in cultural attitudes
Strategy
Author: Aaran Fronda

A four-day workweek seems like a no-brainer. Who wouldn’t want to work fewer hours for the same amount of pay? Sadly, implementing a reduction in working hours, although well within the realm of possibility, is not as simple as it sounds and, according to Daniel Hamermesh, a professor of economics at the Royal Holloway University in London, anyone who says otherwise is being dishonest.

What bothers him most about the 32-hour working week debate – a topic that has seemingly sprung out of the ether and gained prominence in the media recently – is that people appear to believe that they’re going to get something for nothing. That somehow we can work fewer hours, but keep the exact same living standards.

He does, however, believe that people in the US are spending far too much time in the office. “Americans certainly work too much”, said Hamermesh. “We are getting richer and richer, despite everyone’s complaints, and yet our hours haven’t dropped one iota.” And he isn’t the only one who thinks that Americans are overworked.

We are getting richer and richer, despite everyone’s complaints, and yet our hours haven’t dropped one iota

In a recent Gallup poll, full-time US workers, on average, work a whopping 47 hours a week (see Fig. 1). That’s a whole 13 hours more on average than the Norwegians. A country that, believe it or not, is considerably more productive than the US. So much so that its GDP per capita is $100,818.50, which is nearly double that of its American brothers and sisters ($53,041.98), despite its proclivity to working less.

One explanation for why Americans are working more than anyone else is because they consume more than anyone else. Data compiled and published by the World Bank shows that household consumption expenditure per capita in the US sits at a whopping $31,190. Meaning that Americans consume on average $11,220 more than the French, a country where they work 35 hours per week on average and where the average household consumption comes in at just $19,970.

Another thing stopping Americans from spending less time at work is how they choose to fuel such disproportionately high levels of consumption – by taking on a whole lot of debt. Economic data compiled by the Federal Reserve Bank of St Louis shows that the ratio of household debt to GDP in the US in 2013 was 81.5 compared to just 54.9 during the same period across the pond in France (see Fig. 2).

“We are definitely on the consumer treadmill”, explained the British psychiatrist, award-winning author, and Director of UCLA’s Institute for Neuroscience and Human Behaviour, Peter Whybrow. “You can have a choice about whether or not you want to work 32 or 40 hours a week in a theoretical sense, but in fact, Americans work 47 hours on average because they simply can’t afford not to.”

Your economy needs you
The Republican presidential candidate Jeb Bush managed to make headlines and upset a large proportion of the electorate after he told onlookers during a routine visit to New Hampshire earlier this year that Americans need to work longer hours in order to pull the country out of its economic slump.

“We have to be a lot more productive, workforce participation has to rise from its all-time modern lows”, said Bush during an interview with the editors of the New Hampshire Union Leader. “It means that people need to work longer hours and, through their productivity, gain more income for their families. That’s the only way we’re going to get out of this rut that we’re in.”

The former Governor of Florida is right, to a degree. Working longer hours would, for a while at least, help give the US economy a boost, but working excessively for a prolonged period of time can actually reduce overall productivity rather than increase it.

In an article for Salon, the journalist Sara Robinson points to research collated by Evan Robinson, a software engineer interested in programmer productivity. In a white paper he produced for the International Game Developers’ Association in 2005, he outlined the history of the 40-hour workweek and provided evidence that long-term worker output is maximised near a five-day, 40-hour workweek.

Despite the evidence, longer hours might be agreeable for workaholics up and down the country and they should not be denied the right to work more if they wish too. But as the science shows, working in excess of 40 hours a week can negatively affect productivity and, therefore, this metric should not be used to justify longer hours. Equally there are a lot of people that would like to spend a lot less time at work and there are a number of socio-culture benefits derived from spending less time at work, such as strengthening interpersonal relationships by giving friends and families more time together.

The real question, therefore, according to Hamermesh, is how do we get more flexibility and more freedom for those who want to work less, while not infringing on those who wish to work more?

“This is not going to be accomplished on a broad-brush federal legislative basis”, said Hamermesh. “It is doable, and I think it would actually help employers, because happier workers are going to be more productive. But some kind of one-size fits all will not make people better off.”

One solution he offers, and one provided in abundance by many other developed countries around the world, is greater paid holiday allowance. As it stands, there is no statutory minimum in the US, with annual leave being left to the discretion of the employer, though the vast majority do offer paid vacation as part of the compensation and benefits package.

Yet the average amount of paid vacation offered by private employers, according to the Bureau of Labour Statistics, is just 10 days after one year of service, with 14 days permitted after five years, 17 after 10 years, and 19 days after 20 years.

Compare this with Germany, a country that, according to the World Economic League Table 2015, is the seventh largest economy in world, and still manages to offer its workforce 34 days off a year for some much needed rest and relaxation. Living for leisure
“I think [more paid vacation] would be a heck of a lot better”, said Hamermesh. “Also, the impact on total industrial output would be much smaller than if we cut hours.”

It’s important to remember that cutting back to a 32-hour week is the equivalent to taking two months off each year. It is also necessary to consider that neither a four-day week, nor greater allowance of paid vacation is going to happen unless companies are guaranteed that their competitors are doing the same. So it will require some kind of federal mandate in order to stop a company gaining an advantage in the market. But even if more holidays are the answer, and legislative action is taken to provide it, it is unlikely that many Americans will even take a break.

“Americans don’t take holidays”, said Whybrow, half-jokingly. “I think they take on average seven to nine days of holiday a year. My joke has always been: if we keep going like this we will be able to reduce that to a weekend.”

There really does appear to be a cultural aversion to taking time off in the US. In a recent report by the LA Times, it found that “more than 135 million Americans, or 56 [percent]” have not taken a vacation in over a year. So not only does the US not have a lot of leisure time, it appears that many are struggling to know what to do with the minimal amount they’re currently afforded.

Getting people to slowdown and take some time off is extremely difficult in today’s world, especially in the US, where workers work longer in order to support a higher rate of consumption, and where consumption itself is deeply connected with the American dream.

That is not to say that other cultures around the world are not consumerist by nature, but as the data makes clear, they are nowhere near the sorts of levels exhibited in the US.

Contrast this with the relaxed attitude of the French. A country that prides itself on being the land of the long lunch; taking a two-hour break from the daily grind to talk, drink, eat and unwind and you start to realise that the work-life balance is effected by socio-cultural forces, as much as economic ones. Cultural shift
“Man does not live for bananas, televisions and air-conditioned cars, we live for leisure, enjoyment, and to help others, but I don’t think we are doing enough of that in the US”, explained Hamermesh. But getting the US to embrace a world with less work, especially when long hours has been a staple of its society for so long, will inevitably take time.

One company that is attempting to find a better work-life balance and provides a strong case for a shorter working week is the San-Francisco-based company, Treehouse, which maintains a four-day workweek for its employees.

So far, it has managed to generate a $3m plus yearly revenue run rate, boasts a team of 34 full-time staff, with the intention of hiring more in the coming months, and has even managed to secure $4.75m worth of investment from the likes of Chamath Palihapitiya, Kevin Rose and David Sze, according to a recent company blog post.

“We have proven that you can take it from an experiment to something that is actually doable for real companies [and] for real people in highly competitive markets”, said the company’s CEO, Ryan Carson, during a short documentary produced by The Atlantic. “Right now, we can compete with scary companies like Google for talent because we pay full salaries and we give you full benefits and we basically take ridiculously good care of people because we think it’s the right thing to do.”

It is unclear whether more US companies will follow in the Treehouse’s footsteps or if the country as a whole will one day become famed for its relaxed attitude to work in a similar fashion to the French. Though, the mere fact that US workers are beginning to question their work-life balance and even entertain the idea of a four-day week means that it is a possibility.