The importance of translation in business

English is widely spoken in the business world, but neglecting other languages means companies miss out on potential customers. HQ Language Services offer much more than a simple translation service 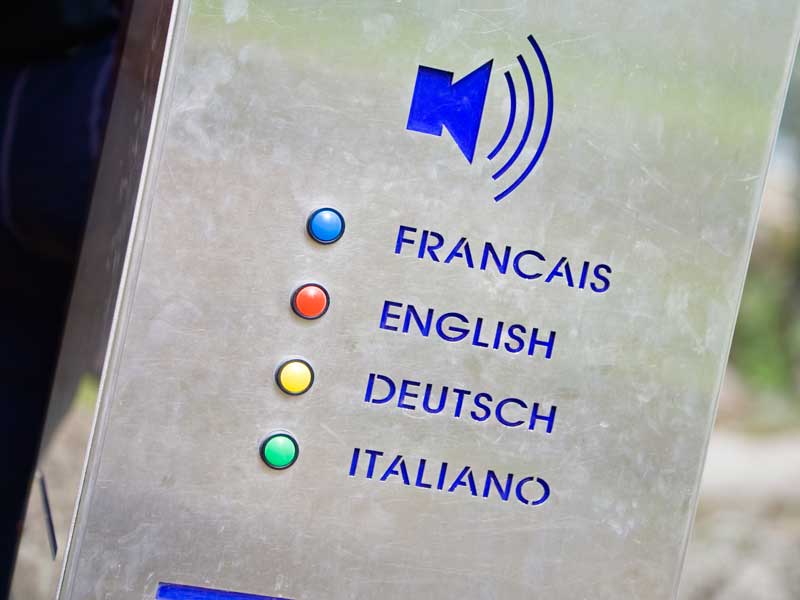 Being born in an English-speaking country can be something of a double-edged sword. On the one hand, English is the lingua franca of the business world, the most commonly taught foreign language in schools worldwide and the official language of 20 of the most important international organisations. But on the other hand, it leaves many native English speakers never considering integrating another language into their personal or working lives.

Not translating your content can cost your business a fortune. no organisation has the luxury of passing up on the potential that reaching such a large market can bring

And while it is true that English is one of the top spoken languages, choosing not to translate content into Spanish, Russian or Chinese can be one of the biggest mistakes a business – especially one in the financial services sector – can make. Unfortunately, the majority of brokers and investment companies are about to learn that the hard way.

Missed opportunities
According to the most recent EuroBarometer report, English is significantly less popular than we would like to believe. For example, it is the second language of only 39 percent of the French population. In Italy, this figure is just shy of 35 percent, and in Spain it is less than 23 percent. These numbers wouldn’t be that alarming if these weren’t actually the ‘English-loving’ countries. The situation gets drastically worse when we take emerging markets into account: only 5.2 percent of people in Russia speak English fluently; 5 percent in Brazil; and less than 0.75 percent in China.

of Russian population that can speak fluent English

of Brazilian population that can speak fluent English

of Chinese population that can speak fluent English

When you take into consideration the fact that the combined population of these three countries is over 1.7 billion, it becomes obvious that not translating your content can cost your business an absolute fortune. It is also a mistake that your competitors may already be avoiding. Major companies such as Banca Intesa, Saxo Bank, MetaQuote and FXCM realised how big of an opportunity comes with translated content and started using HQ Language Services years ago. No organisation has the luxury of passing up on the potential that reaching such a large market can bring.

The average number of languages companies want their content translated into is 12, and the most popular ones are Spanish, German, Chinese, Russian, Arabic, Portuguese, Polish, Indonesian and Malay. These languages offer the most options because of the huge populations that use them. However, our clients state that a big portion of their income comes from countries like Sweden, Norway and Italy, so they make sure their content is translated into these languages as well.

Outside help
Most companies choose to outsource translating to agencies rather than doing it in-house, as they recognise that such companies are efficient, affordable and experienced. For many businesses, this is not a difficult decision. Agency translators offer a wide variety of packages and usually work out significantly cheaper when compared with recruiting and training a whole new team of in-house writers.

At the same time, at HQ Language Services, we offer much more than just translation services. After more than a decade in the industry, we specialise in everything relating to finance, including: multilingual article writing; video analysis services; video tutorials and video courses; eBooks; education articles; and various creative materials. Furthermore, for the most loyal clients who offer a steady stream of work, we provide free promotion on our Forex website.

As a result of globalisation, working with international clients, customers and partners is more important than ever. Although English is widely spoken, many individuals for whom it is not a first language would prefer to read about products and services, or engage with content, in their native tongue. At HQ Language Services we can assist businesses by taking care of their social media and other marketing output, ensuring their content generates the right traffic.

Not only that, but localisation can sometimes play as important a role as translation. Localisation is about more than just ensuring your content can be understood, it means making it more relevant for a foreign reader. Whether through idioms, specific terminology or tone, localisation can deliver content that resonates more powerfully with your target audience. Our team of more than 100 certified financial experts possesses detailed knowledge of a wide range of international markets, ensuring that your content truly speaks to your customers.

Companies that still believe that the rest of the world will adjust to English content should prepare to lose, or at least fail to earn, millions of dollars every year. It’s only a matter of time before translating every written word into Spanish, Italian, Chinese and other languages will become a must. This is the perfect time to tap into this trend and take advantage of being one of the pioneers.