Female leaders are being set up to fail

Women are often chosen for leadership positions during times of crisis, but this tendency is setting women up to fail 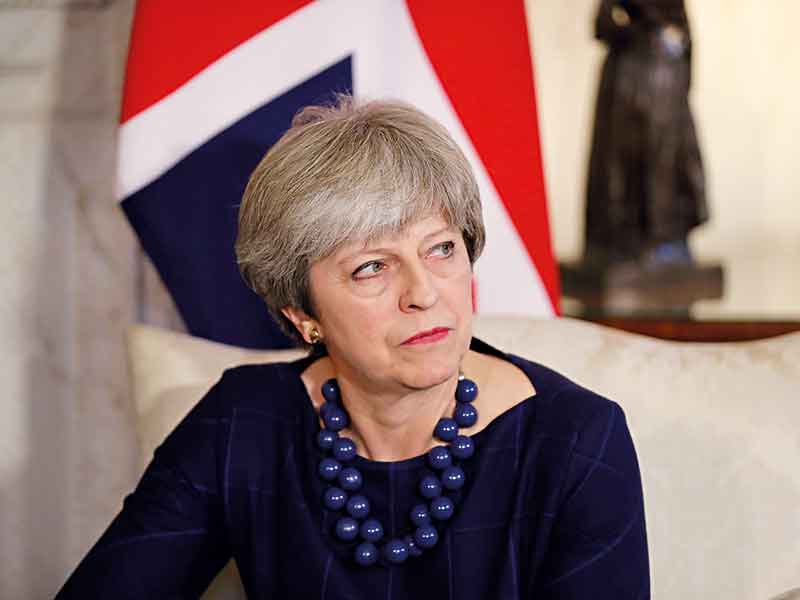 In 2014, it emerged that faulty ignition switches in over a million cars sold by manufacturing giant General Motors were putting customers at risk. While the company had known about the issue for years, the crisis shot into public consciousness just in time to crash down on the company’s first ever female CEO, Mary Barra, who had been promoted after over a century of male leadership.

A similar story can be found in Silicon Valley: Marissa Mayer was put at the helm of Yahoo just as it was falling into a dramatic decline in 2012. In an altogether separate setting, Theresa May became the first female prime minister of the UK since Margaret Thatcher, just in time to preside over the country’s economically perilous break from the European Union.

These are textbook examples of what is now a well-established phenomenon, known as the ‘glass cliff’, whereby women are more likely to be chosen for leadership roles when the task at hand is risky. As a result of holding more precarious jobs, they also end up being more likely to preside over failure. Thus, at a time when women are being promoted to more leadership positions than ever before, their progress risks being seriously undermined by the glass cliff nature of the roles in which they are often placed.

Anecdotal examples are certainly easy to come by, but a growing body of evidence has also verified the phenomenon. It has been shown to infiltrate leadership structures in all aspects of society, from schools to Fortune 500 companies to political parties. While much of the research on the subject focuses on women, it has also been found to apply to other minority groups. The phenomenon is particularly dangerous due to the fact that a correlation-causation slip-up is all too easy to make. Take the following piece of evidence: female CEOs are more likely to be sacked than their male counterparts. According to a study by management consulting company Strategy&, over the past 10 years, 38 percent of female CEOs were forced out, while only 27 percent of male CEOs’ tenures reached the same sticky end. Such evidence can easily be twisted in a way that paints a negative picture of female leadership, fortifying already skewed stereotypes about women.

Damage limitation
World Finance spoke to Alex Haslam, who coined the term ‘glass cliff’ back in 2004. “The basic thing that triggered it was reading an article in The Times, which made some pretty outrageous claims about the negative impact that women leaders had on company performance on the basis of faulty causal inference,” Haslam said. One commentator made a particularly ugly correlation-causation blunder in a report run by the UK newspaper 15 years ago, claiming: “The triumphant march of women into the country’s boardrooms has… wreaked havoc on company performance.” The article presented data demonstrating that the appointment of women coincided with poor company performance, coming to the conclusion that women are best kept away from boardrooms.

Since The Times’ article, research into this correlation has unearthed a wealth of important findings surrounding the way that gender dynamics influence leadership decisions. For example, a deeper investigation into the evidence used in the report by The Times uncovered that, rather than causing negative performance, female appointments were more likely to be preceded by a period of poor company performance. The implication of this observation forms the basis of the glass cliff concept: that women tend to rise to the top against a background of crisis or decline. A range of different research approaches have consistently reinforced this notion.

For example, research from Utah State University investigated CEO appointments at Fortune 500 companies over the past 15 years, and found that businesses are much more likely to choose a woman for the top job when the company is performing poorly. The phenomenon is also at play in politics: a study from the University of Exeter examined the UK’s 2005 general election and found that women were more likely to be chosen to run for hard-to-win seats.

But according to Haslam, the most telling evidence comes in the form of controlled experiments. Haslam himself conducted a series of such experiments in a study in 2008. His experiments each devised a hypothetical hiring decision and asked participants to select who they would choose for a leadership role out of a series of candidates. The participants, who consisted of business leaders, management graduates or high school students, were presented with a choice of three CVs where one candidate was clearly under-qualified, leaving a man and woman with similar levels of experience as the only viable options. Groups were randomly assigned information detailing whether the organisation in question was performing well or badly. The results ultimately found that when faced with an organisation in crisis, people consistently favour female candidates over male candidates.

One such scenario, which was presented to students, asked participants to choose a youth consultant for a music festival. Out of those who were told that the festival was struggling, 75 percent preferred the female candidate, while only 38 percent chose the same female candidate when they were told the festival was improving. Similar results were found when university students were presented with the choice of a new financial director for a hypothetical company. When presented with information that the company’s performance was improving, 57 per cent of the students preferred the female candidate, but this jumped to 87 percent for the group who were told that it was performing badly.

Glass hurdles
The task of understanding the root cause of the problem has spurred a broad research effort. According to Haslam, who has been involved from the beginning, we have now come a long way in understanding the processes at play. Perhaps unsurprisingly, there is no single explanation for the phenomenon. One account is that women receive fewer opportunities than men, making them more likely to accept risky positions. And yet, this cannot account for the fact that people actively pick out women for roles presiding over crisis situations. Another idea is that it could be the result of outright sexism, whereby people are simply singling women out for inferior positions.

The reality, however, is probably murkier than this. One approach posits that it is related to engrained assumptions about men and women. For example, one study found that women are more likely to be associated with traits that are seen as useful in a crisis. The study asked participants about the desirability of certain traits in various scenarios. Masculine characteristics such as ‘assertive’, ‘forceful’ and ‘adventurous’ are often seen as desirable during times of success, whereas ‘tactful’, ‘courteous’ and ‘understanding’, traits often regarded as feminine, are seen as more useful during crises.

Complicating things further, there is also evidence suggesting the phenomenon comes back to the classic ‘old boys’ club’ problem. By this logic, men in senior positions prefer to hire ‘ingroup’ members for the ‘cushy’ jobs, but when a job is risky, they will happily fall back on women. Perhaps as an extension of the same process, some argue that women are seen as more expendable, and are therefore put forward for risky roles so they can be used as scapegoats.

While progress has been made, Haslam noted that the broader picture is still lacking: “There is a long way to go when it comes to understanding the dynamics surrounding the way that women’s leadership experiences pan out. For this, we will need to get high-quality longitudinal data, and that is harder to get than one might think.”

Working on the edge
Asking Haslam whether he feels that there is anything that can be done on an individual level, he responded: “I think there’s plenty people can do — not least by raising awareness of the fact that we have a problem here.” Indeed, on a surface level, it can be empowering for women to discover that the phenomenon exists. World Finance spoke to Ama Marston, a strategy, leadership and transformative resilience expert who has worked extensively on women’s leadership issues. “Some of the women that I have worked with have felt a weight lifted in retrospect when their experience is placed within the wider context of the glass cliff phenomenon… They are often so ensconced in their own scenarios that they don’t have the bird’s eye view,” she said.

One of the central issues is that when women are appointed to precarious roles, they inevitably become linked to the outcomes that unfold. “The question is, given that it is happening, how do we take these leadership hires and turn them into genuine opportunities for women leaders and make them succeed?” asked Marston.

Vitally, taking on a difficult role doesn’t necessarily mean that failure is inevitable. According to Marston, while part of the issue comes down to deep-rooted structural problems, there is a lot that can be done at an organisational level relating to the support systems for women, the company culture and the attitude of the board of directors. She further explained: “I want to highlight that success for women in leadership ultimately should not come down to ‘fixing women’. We need to spark a process of transformative change within the business world that offers broader opportunities for women leaders and, when they do take on leadership in crisis, that supports them and helps them to be successful.” Together with Haslam, she emphasised that awareness and understanding of the issue is fundamental.

The work that has gone into understanding the issue has been effective in raising some crucial questions that get to the heart of the work-place experience for women. However, there is still a long way to go in establishing greater recognition of both the term itself and the unhealthy gender dynamics it embodies.

Having appeared on the Oxford English Dictionary’s Word of the Year shortlist in 2016, awareness of the concept is certainly gaining some momentum. But it is only through improving visibility of the issue – both at an organisational level and more broadly – that the important questions it uncovers will be addressed.