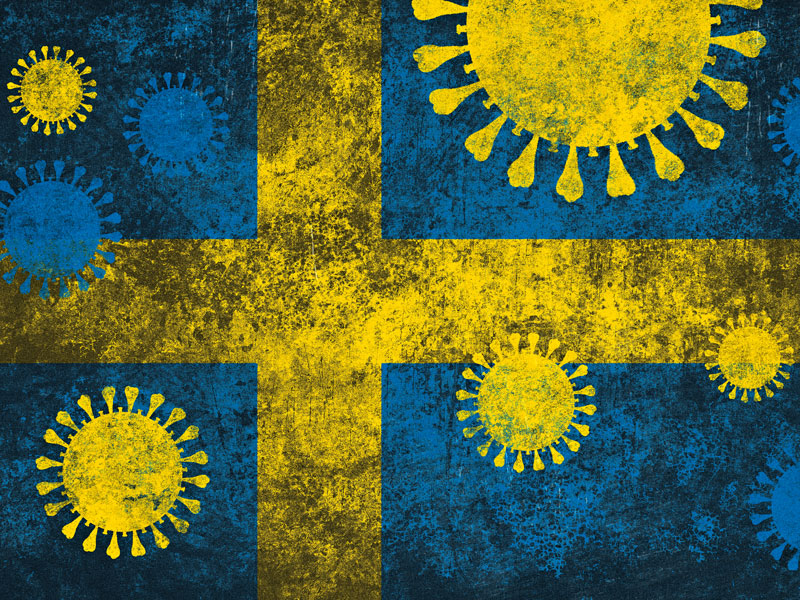 Since the onset of the COVID-19 pandemic, Sweden has stood out from the rest of Europe by resolutely refusing to lock down. In April of this year, as cities around the world turned into ghost towns, Sweden’s urban centres didn’t look too different to normal, with Swedes still able to drop their kids off to school in the morning and enjoy a coffee with friends in the afternoon.

It wasn’t quite business as usual, mind you. Gatherings of more than fifty people were banned, employees were encouraged to work from home, university teaching was moved online and the nation’s elderly were urged to self-isolate. But Sweden’s approach was certainly less stringent than the nationwide lockdowns seen elsewhere across Europe. Rather than enforcing new legal obligations on its citizens, the Nordic nation instead based its strategy on a sense of collective social responsibility – in effect, trusting its people to act sensibly and “do the right thing” to limit the spread of the virus.

To its critics, this approach was utterly irresponsible, putting the economy ahead of saving lives. To its supporters, meanwhile, it represented a more realistic, long-term strategy – and one that sought to avoid the potentially catastrophic social and economic effects of a national lockdown, including mass unemployment, delayed treatment for non-COVID-related illnesses and months of lost education for children and young people. While the nation’s chief epidemiologist, Anders Tegnell, has insisted that protecting the economy was by no means the main aim of the strategy, by allowing businesses to remain open, Sweden appears to have fared better than many of its European neighbours when it comes to the COVID-19 economic downturn.

Although the nation still experienced an economic contraction in the second quarter of the year, with its GDP shrinking by 8.6 percent, this was significantly less than the estimated average for the European Union as a whole, which saw a decline of approximately 11.9 percent. At the opposite end of the spectrum, meanwhile, those individual European nations that imposed particularly strict lockdowns were hit hard by the COVID-19 crunch, with Spain’s economy contracting by 18.5 percent after implementing arguably the harshest lockdown in the EU. By keeping society open throughout the pandemic – even with spending reduced as Swedes embraced voluntary social distancing – Sweden appears to have been able to soften the economic blow to small businesses and avoid the onslaught of job losses that is currently blighting countries across the EU.

Protection at a critical juncture
So, while the strategy hasn’t worked miracles when it comes to the Swedish economy, with a recession still very much on the cards, its supporters believe it has gone some way to protect livelihoods at this critical time. But the strategy has also attracted fierce criticism from around the globe, prompting the New York Times to label Sweden as ‘the world’s cautionary tale.’ It is undeniable that Sweden has suffered a worse fatality rate than its Nordic neighbours, registering over 6,000 COVID-related deaths since the pandemic began spreading throughout Europe in early March.

While this might seem like a lower figure than the tens of thousands of deaths seen in Spain, Italy, France and the UK, for this small nation of just 10 million citizens, it gives Sweden the fifth-highest death rate per capita in Europe. Despite the widespread criticisms of the strategy that led the country to such an ignominious ranking, Sweden’s experts and health officials have stood by the controversial approach, with Tegnell recently telling the Financial Times that nationwide shutdowns are like “using a hammer to kill a fly.”

With a second wave of COVID-19 sweeping through Europe and entire nations placed back under strict lockdowns, all eyes are once again on Sweden to see whether the nation changes tack. This time around, the nation has tightened up its approach, introducing an eight-person restriction on sitting together at restaurants and cafes. As for other recommendations – avoiding public transport and non-essential shopping – these remain voluntary guidelines, marking a stark contrast to the legally enforced curfews and “stay at home” orders seen elsewhere in mainland Europe. Lockdowns, by their very nature, can only ever be temporary solutions, and as the spiralling cases in Spain, France and the UK seem to show, they appear to offer only temporary respite from the virus.

While governments across the EU have floated the idea of short, sharp, “circuit-breaker” lockdowns, as the months drag on, it’s clear that Europe needs to think about its long-term strategy. Swedish politicians have described the pandemic as “a marathon, not a sprint,” and only time will tell if the nation’s lockdown-free approach can go the distance and pay off in the long run.