The top dogs of the accounting industry face an avalanche of disruption, from regulatory scrutiny to technological innovation 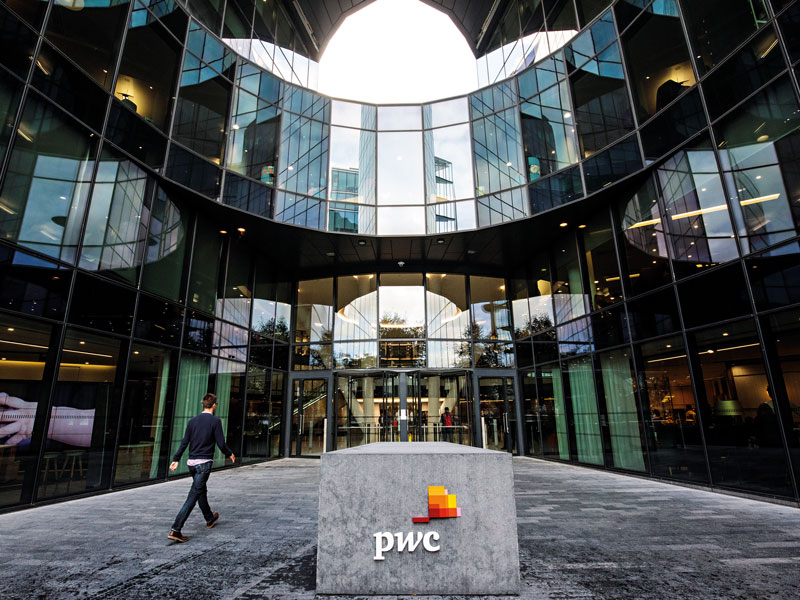 For many years, Mauro Botta had been a successful partner at the accounting giant PricewaterhouseCoopers (PwC) in California, where he was responsible for auditing Silicon Valley firms. After witnessing many cases of dubious bookkeeping, he blew the whistle on his employer in 2012, alleging conflicts of interest between PwC and its clients.

The Securities and Exchange Commission (SEC), the US regulator, did not take any action after investigating his claims. However, the case took its toll on Botta’s career. Although he had been working for PwC for nearly two decades, he was fired in what he claims was retaliation for his whistleblowing. He filed a lawsuit for wrongful termination, with the trial expected this spring. Botta does not mince his words about the accounting industry. “It’s absurd to have auditors being paid by the companies they are supposed to audit and who are also in charge of appointing them,” he said.

Conflict of interest is inherent in the system, Botta said. “Nobody would ever wonder why tax audit is done by the government, because this is in the public interest. So it is baffling that financial audit, which protects investors, has been outsourced to private corporations,” he said. “Are the companies that are scrutinised by the IRS (the US tax collector) considered its clients? Absolutely not.”

Collusion not an illusion
Although an outlier, Botta’s story illuminates the many problems facing the accounting sector. The recent collapse of Wirecard was just the latest in a series of scandals involving one of the ‘Big Four,’ as the accounting firms Deloitte, Ernst & Young (EY), KPMG and PricewaterhouseCoopers (PwC) are known. In December 2019, German prosecutors launched a criminal investigation into the EY partners who were auditing Wirecard, after it was found that €1.9bn were missing from the company’s balance sheet. “This was a failure of basic auditing. In a digital world, cash balances need to be independently verified,” said Atul Shah, an accounting expert who teaches at City, University of London. In the UK, the collapse of Carillion, BHS and Thomas Cook has raised similar concerns over auditing standards. In India, the local affiliate of PwC was banned from auditing public companies for two years due to its involvement in one of the biggest financial scandals in the country’s history. All major accounting firms have been associated with tax scandals, revealed through a series of document leaks, such as LuxLeaks.

Technology favours small players, while the global brand of the Big Four makes them more vulnerable to reputational risks

One reason why the Big Four are under fire is their expansion into areas beyond their traditional expertise. “They combine audit with consultancy and tax advisory [services]. Audit is about challenge, and the others are about advice, so the conflict is between fulfilling a legally independent role and a supportive consultancy role,” Shah said. In the US, this trend began in the 1980s when accounting firms started offering professional and management consulting services. The collapse of the accounting firm Arthur Andersen over its sloppy auditing of Enron, an energy firm that went bust in 2001, should have served as a cautionary tale, but little changed despite stricter regulation. Audit partners were increasingly under pressure to “cross-sell” consulting services to their audit clients, according to Professor Jeffery Payne, an accounting expert and KPMG Professor at the Von Allmen School of Accountancy, University of Kentucky, with their performance evaluations being affected accordingly. Over time, the Big Four became multinational behemoths, employing nearly one million people and generating $130bn in revenue in 2017.

“You would think that with the scale these firms have reached, the incentive to try to do something unethical is small, because they could afford to lose a big account like Wirecard. However, for a single partner, losing an account is a big disaster for their career,” Botta said.

Critics also point to collusion between regulators and accounting firms, with the former packing their committees with Big Four veterans. Botta pointed to the case of Wes Bricker, a PwC partner who, after a stint as chief accountant at the SEC, returned to his previous employer, as an example. One reason this happens, according to Payne, is that it is more efficient for audit firms and regulators such as the SEC to work together when dealing with complex issues: “Having prior Big Four partners and personnel likely makes these conversations more productive and improves the consistency of financial reporting.”

However, such an incestuous relationship often has dire consequences. In 2018, US prosecutors charged three former employees of the PCAOB, the US audit regulator, over leaks of confidential information to KPMG, their former employer. The picture is similar in the UK, where former Big Four partners are often recruited by the Financial Reporting Council (FRC). “There is plenty of evidence of regulatory capture and revolving doors between politicians, regulators and the Big Four,” Shah said.

Breaking up is hard to do
For many critics, the increasing dominance of the Big Four stifles competition; only breaking them up would solve the problem. Such voices are prominent in the UK, where the Big Four audited four out of five public businesses in 2018. The competition watchdog has recommended splitting audit from consulting services. “As it stands as a whole, there is not enough competition in the accounting industry. There are significant barriers for entry – size matters and so does global presence,” said Ina Kjaer, former head of UK integration in the deal advisory team of KPMG and founder of Eos Deal Advisory.

In a plan issued last summer, the FRC requires the Big Four to operationally separate their audit practices by 2024, although it stops short of requesting a full-blown separation of audit from consulting services. The plan, which aims to ring-fence the finances of auditing departments from other operations, does not require auditors to be paid exclusively from audit fees, as requested by many experts. “The FRC plan does not go far enough, as it proposes a separation but not a full break-up,” said Kjaer, adding that introducing more competition in sub-sectors where the Big Four are involved, such as tax, restructuring and M&A deals, would be more beneficial.

Not everyone agrees with such a strict approach. “Breaking up the firms would not increase competition and would likely decrease their audit quality for large international companies. Auditing firms compete aggressively to obtain new clients from other firms,” Payne said. Even for critics of the Big Four, such as Botta, a break-up could do more harm than good: “It will worsen the conflict of interest problem because as a smaller firm, you want to keep all your engagements. You also lose the core competency and worldwide networks these companies have.”

The smaller players have an upperhand
Like many legacy companies in other sectors, the Big Four face an avalanche of technological disruption. Artificial intelligence, digital analytics and the blockchain are expected to make auditing processes faster and cheaper. Technology favours small players, while the global brand of the Big Four makes them more vulnerable to reputational risks, claim the academics Ian Gow and Stuart Kells in a recent book on the Big Four. Their management and consulting services are particularly vulnerable to disruption, according to a report by CB Insights, with start-ups such as Wonder matchmaking individual advisors with clients.

All major accounting firms have set up innovation labs, aiming to harness innovation to their advantage. But many question whether these behemoths can change their old ways. “The Big Four have been investing quite heavily in technology, but they are not yet ready to change their processes and operating models to take full advantage of the technology available,” Kjaer said. Strict regulation may also hamper attempts to embrace technology, according to Payne, who pointed to the obligation of US auditors to “observe” inventory counts as an example: “What does ‘observe’ mean? Do auditors have to be physically present or can they observe by watching a video streaming from a drone?”

More inclusion needed
The accounting industry has not avoided the wave of criticism coming on the back of the Me Too and Black Lives Matter movements. The problem goes deep, Kjaer said: “The accounting industry, as most industries, suffers from a historic legacy of a macho culture, where diversity, inclusion and equality do not matter.”Particularly the Big Four have come under fire over gender bias and lack of racial diversity. In the UK, the pay gap between male and female employees remains high; KPMG and EY reported median total earnings gaps of 28 percent and 18.9 percent respectively in 2019. Just 11 out of 3,000 UK Big Four equity partners were black last year.

The sector is slowly adapting to changing attitudes towards equality and diversity. Last year the UK branch of PwC launched unconscious bias training sessions. EY UK aims to double the percentage of ethnic minority partners by 2025. The problem, according to Kjaer, is that HR departments at big companies prioritise diversity KPIs that are too blunt, such as the number of women who get promoted. Although a positive measure, it is the bigger problem of lack of inclusion that goes under the radar, she said: “A more diverse workforce gets recruited and promoted, but they do not tend to stay at the company, as inclusion never really happens. Unfortunately, a lot of companies in our industry still have a culture based on internal politics and relationships, which makes them inhospitable in the medium term.”