Nicknamed the ‘gem of the Caribbean’, the twin-island state of Antigua and Barbuda is a relatively nascent entrant into the economic investment arena but it is fast becoming a popular choice for second citizenship 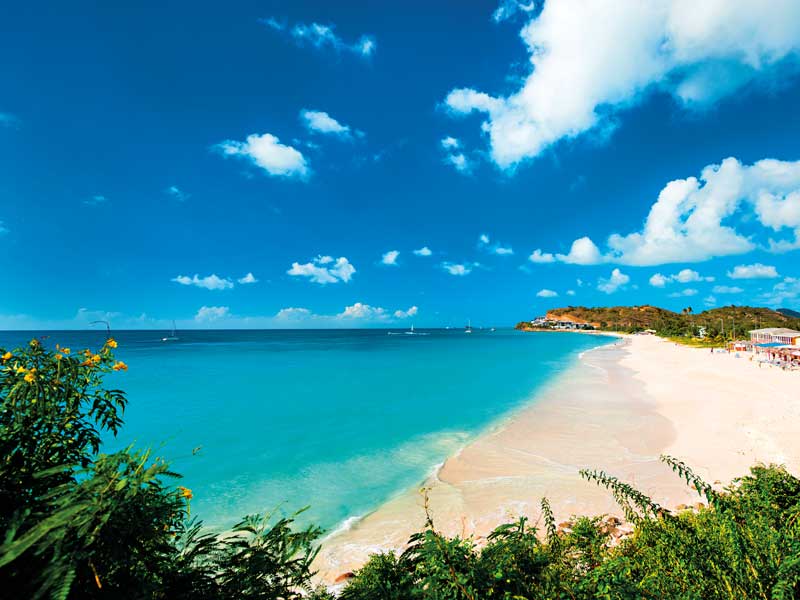 Antigua and Barbuda has become hugely popular with investors due to its transparent second citizenship application process, the quality of real estate available and the natural beauty it offers
Investment Management | Wealth Management
Interview with: Citizen by Investment Unit

For many, the politics of one’s home country constitutes an obstacle to freedom of movement. While this is an imperfect state of affairs, a second citizenship can give this demographic the chance to become global citizens. This is an opportunity that should be granted to every individual, but unfortunately is often restricted to those who have the means to make large investments.

Foreign investment has contributed to the rapid development of the economy, resulting in Antigua and Barbuda having one of the highest GDPs per capita in the sub-region

That said, second citizenship can be surprisingly good value for money. What’s more, in addition to mobility, citizenship and residency, investment programmes afford families better security, access to education, quality of life, stability and diversification of wealth. Those seeking second citizenship face a dizzying array of choice, from Malta to Austria, Cyprus, Bulgaria and Saint Lucia. Each location differs in terms of the freedom of movement they offer and the minimum investment outlay, as well as the various rules surrounding mandatory travel and due diligence.

New kid on the bloc
Having been established five years ago, the Antigua and Barbuda Citizenship by Investment Programme (CIP) is still a relatively new entrant to the economic investment arena. Despite this, it has become very popular with investors, owing to its straightforward and transparent application process, fast turnaround and the quality of real estate offerings in Antigua and Barbuda. What’s more, since August last year, a reduction in processing fees has given the programme an additional competitive edge.

In fact, Antigua and Barbuda was recently ranked number one in the region and number four in the world by citizenship expert Henley & Partners on account of its culture of efficiency, robust due diligence process, transparency and accountability.

The key benefit of Antigua and Barbuda as a choice for second citizenship is that it enables visa-free access to more than 135 countries, including the UK, the Schengen Area, Hong Kong and Singapore. In addition, there are no restrictions on dual nationality, and applicants can receive citizenship for life once the residency requirement is met. Another key factor for many is that new citizens can add dependents after approval. The recent elimination of personal income tax makes it even more attractive.

After Hurricane Irma devastated Barbuda, the smaller and less populated of the two islands, in September 2017, a further decision was taken by the government to decrease the National Development Fund (NDF) contribution for a limited period. This, the government felt, would allow for the allocation of an estimated $200m needed to rebuild a stronger, greener Barbuda.

Investment requirements
Antigua and Barbuda’s citizenship scheme requires the applicant to commit to one of three investment options. One option is to make a contribution of $100,000 to either the NDF or an approved charity.

The second option is to make a real estate investment, whereby applicants purchase a property valued at a minimum of $400,000 in a preapproved real estate development area, which must then be maintained for a minimum of five years. This option includes any fees for property registration, processing fees and taxes.

The third option open to applicants is to invest $1.5m to establish a business. This can be a joint investment comprising two or more people, as long as each person contributes at least $400,000, and the total joint investment comes to a minimum of $5m.

A Caribbean gem
Home to more than 100,000 people and blessed with 365 powder-white sand beaches, Antigua and Barbuda is revered as one of the most beautiful places in the world. Dubbed the ‘heart’ or ‘gem’ of the Caribbean for its strategic location in the middle of the Leeward Island chain, the independent Commonwealth state of Antigua and Barbuda comes close to many people’s idea of paradise. Its ideal geographic positioning makes the tropical twin-island a regional travel hub, with excellent air links to both North America and Europe.

The initial introduction of the second citizenship scheme dates back to harder times. Like many countries around the world, Antigua and Barbuda was adversely affected by the 2008 economic crisis. Tourism, the main driver of the economy, experienced a decline from the country’s source markets, namely Europe, the UK and the US. After considering various options to jumpstart the economy, the government saw the CIP as the most effective way to bring back foreign direct investment, renew interest in the real estate market and spur investment in the economy.

Bolstered by generous government incentives, foreign investment has contributed to the rapid development of the economy, resulting in the country having one of the highest GDPs per capita in the sub-region. Aside from the hiccup during the financial crisis, Antigua and Barbuda has historically experienced continuous growth in foreign direct investment, owing to its attractive tourism and real estate sectors; while more recently, financial services, tertiary education and e-commerce have also become significant contributors.

As far as innovation is concerned, Antigua and Barbuda was the first Caribbean nation to permit investment in approved businesses, an initiative that other jurisdictions are only now copying. What’s more, Antigua and Barbuda has maintained a strong presence in the high-end tourism sector for more than four decades. Since it has long had basic infrastructure in place, the country has now become an attractive portal for those seeking to invest in real estate and business.

The CIP unit has also been very visible in the international community as it has attended and presented at various industry conferences, as well as having established a strong presence in a number of high-quality publications.

Nuts and bolts
The only residency stipulation for the programme is that new citizens spend at least five days in Antigua and Barbuda in the five years following the granting of citizenship. The other potential hurdle for applicants is the restricted country list, which comprises Afghanistan, Iran, Iraq, North Korea, Somalia, Yemen and Sudan. Nationals of these countries are eligible to apply for citizenship in Antigua and Barbuda only if they meet additional criteria.

Beyond restrictions, there are a few important factors that have contributed to the rapid success of the programme. For one, the programme’s workforce is highly competent, comprising mostly private sector individuals. With a turnaround time of about 60 days, the CIP unit quickly became one of the most efficient units – if not the most efficient – in the region, surpassing countries that had been in the industry for far longer.

In addition, as one of the youngest second citizenship schemes in the world, the twin-island state has had the unique opportunity to learn from already-established programmes and model its real estate offerings and escrow arrangements accordingly. In order to give investors the confidence that developers will deliver on their promises, the unit exerts a certain level of control over the management of escrow accounts.

A greener future
Since the programme’s launch, Antigua and Barbuda has seen a resurgence in its real estate sector, as well as renewed interest in the hotel sector. This economic boost has created the fiscal space for a number of environmentally responsible projects to be developed, such as solar energy and reverse osmosis. The local population has also benefitted from direct contributions to social development schemes through charities and the NDF.

Looking to the future, the country anticipates that revenue flows from the CIP will assist in fostering cottage industries such as agro-processing, further improve the agricultural sector, and support the creation of new industries, which will provide a source of diversification for the economy. Furthermore, the construction boom that is anticipated as a result of the programme is set to create even more employment opportunities and other spillover benefits, ultimately improving the economic livelihood of all citizens that are lucky enough to live in paradise.