As one of Chile’s top money managers, BCI Asset Management is refusing to rest on its laurels by bolstering its investment team and continuing to grow its impressive product offering 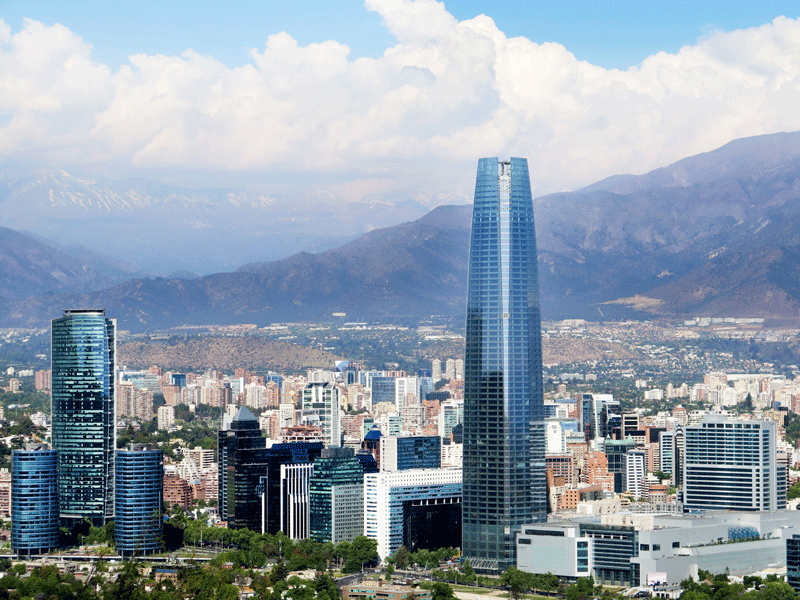 The asset management company is part of the Bci Group and has its headquarters in Santiago, Chile. It is recognised for its work throughout Latin America and continues to grow its global reach
Investment Management | Wealth Management
Author: Andrés Murúa, Portfolio Manager Latam Equities, BCI Asset Management

Managing assets worth in excess of $10bn, Bci Asset Management (Bci AM) is among Chile’s three largest money managers and is aiming to become one of the largest and best asset managers in the region by focusing on locally relevant strategies. Forming key partnerships with world-class players will also help develop its product portfolio.

Being part of the Bci Group – as well as being the only Chilean-owned bank in Chile, controlled by the Yarur family since the bank’s foundation in 1937 – Bci AM is following the group’s regional expansion strategy. So far, this has focused on Florida, with the acquisitions of Miami-based TotalBank from Santander in 2017 and City National Bank of Florida from Bankia in 2013.

Apart from serving the Chilean and wider Latin American institutional markets, Bci AM is offering its Latin American funds to Europe and North America via SICAV and UCITS platforms. Although our home region will always be a key area of focus for us, we recognise that asset management is a global industry.

Moving forward
On the internal front, Bci AM’s ongoing efforts to strengthen its investment team, processes and support areas have already been recognised by Fitch Ratings, one of the world’s biggest credit rating agencies. The ‘excellent’ asset manager qualification that has been assigned to the company, and that was ratified once again in 2018, demonstrates our commitment to the highest possible standards.

Our efforts have mostly borne fruit in terms of the quality and size of our investment team, which is dedicated to Latin American strategies, as well as equity and fixed-income funds. This team has grown from eight to 17 investment professionals in the last three years alone. The investment approach pursued by our team is fundamentally a bottom-up methodology, which means analysts are split by economic sectors covering around 20 and 30 issuers. They, therefore, quickly become experts able to recommend investment ideas for each company’s publicly traded debt and equity issues.

Moreover, each strategy adheres to a disciplined process consisting of weekly meetings for detecting new investment ideas, followed by an in-depth review process. This allows the investment committee to finally arrive at a decision where the investment thesis is developed by each analyst and discussed with the rest of the team.

We aim to offer our clients a wide range of investment funds, including thematic, real estate and private capital funds. Within these categories, we also provide a variety of financial documents and informative brochures that help explain the complexities of the financial markets as clearly as possible. Nowhere is this complexity more prominent than in the Latin America region.

Currently, Bci AM is of the view that the region is still developing from an economic standpoint, following the path of a world economy that is set to post a fifth year of growth above its previous five-year mean. The consumption cycle along with relatively high levels in the commodities market are the main drivers for this rebound. This, of course, provides a wealth of opportunities to investors, but they should still tread carefully. Although there are many reasons to be optimistic, the Latin American market can only be navigated successfully through knowledge and careful analysis.

Playing politics
Alongside a benign economic environment, the political cycle has also played a critical role this year in Latin America, with three presidential elections carried out in the past 10 months. This has added volatility to financial markets in a year that has already been rocked by trade war uncertainty. In November last year, Chile held a presidential election in which Sebastián Piñera ended up prevailing – a fact that bodes well for the country’s business environment and offers hope of revitalising the Chilean economy after four previous years of low growth and plenty of pessimism within the country.

In May this year, Colombia also elected a new president. Although left-wing politician Gustavo Petro was an option for voters, eventually former president Álvaro Uribe’s endorsed candidate, Ivan Duque Márquez, beat Petro at the ballot box. With the Colombian presidential elections settled, the region was left with a set of market-friendly leaders at the head of most of the Andean nations: Argentina, Chile, Peru and Colombia.

But not every development has provided good news for Latin America from a political standpoint. Mexico has recently elected Andrés Manuel López Obrador (also known as AMLO) – a political leader who was initially received very negatively by financial markets. His recent moves towards a more practical approach regarding markets and the private sector in general is sure to be welcomed. After leading the polls since the first day of his campaign, AMLO confirmed his superiority by winning the presidential election on July 1 – however, although he secured a clear majority, it was not enough to enable him to immediately to pass critical legislation in the Senate.

At the end of this intense political road, we arrive at the Brazilian presidential election, which comes at a critical moment for the country. After last year’s impeachment of former president Dilma Rousseff, President Michel Temer has been incapable of passing much-needed legislative changes. If he remains unable to overhaul the country’s social security system, there is little chance of reducing the yearly fiscal deficit (currently amounting to around six percent of GDP) and preventing government debt from increasing each year.

The current political situation has former president Luiz Inácio Lula da Silva leading the polls despite currently being in prison for his involvement in the so-called ‘Operation Car Wash’, which centres on allegations of money laundering and corruption at the state oil company Petrobras. Elections are being held in October this year and to date there more than 10 active candidates, highlighting how fragmented the political arena and party system in Brazil currently is.

Weathering the storm
With regard to equity markets, and from a dollar-based investor point of view, Bci AM finds three distinctive sources of potential returns: company cash flows, currency appreciation and multiple expansions. We have a positive and optimistic view across all three fronts. From a macroeconomic view, after three years of GDP contraction, Latin America has entered a period of economic expansion, combined with low rates and expansive monetary policies in most countries. In addition, we have seen region multiples traded at premiums of 10 percent when compared with their historical averages in period of expansion, and we think that this pattern should repeat in the following years once political uncertainty is finished.. The MSCI Emerging Markets Latin America (MSCI Latam) index is trading at 11.6 times it price-earnings (P/E) ratio, slightly below its historical 10-year P/E average of 12.1.

Regarding company fundamentals, during the past couple of years many have spent all their efforts working on improving operational efficiencies. Now they have started to harvest the rewards of these efforts. Operational margins of companies represented by MSCI Latam went from 17 percent in 2013 to 11 percent in 2015, pulling the return on equity of the index from above 10 percent to 3.5 percent. As the economies recover, these companies have raised their margins to 16.4 percent and are boasting a return on equity of 10.7 percent. This is a margin expansion that should be set to continue further for the next two years, with earnings expected to increase by 68 percent and 10 percent for 2018 and 2019 respectively.

In relation to dollar-denominated corporate bonds in the region, Bci AM sees the recent bounce in terms of returns and spreads as a very positive dynamic given the volatile global market backdrop we have experienced throughout the year and the demanding presidential election cycle of the last 10 months in Latin America.

According to the JPMorgan CEMBI Broad Index, an average corporate bond in Latin America currently offers a spread of 340 basis points (bps), which is around 30bps above the levels seen at the beginning of the year and roughly the same level as the ones we had one year ago. This was at a time when we still had several political events, including many important elections, ahead of us. In Bci AM’s view, the current situation offers a fair entry point to this asset class, because valuations sit around the long-term mean and fundamentals should continue to improve.

Even though the current global economic cycle seems to be at a late growth stage, Bci AM is taking a constructive view of Latin America, which is a region that has been able to withstand not only the recent global trade war tensions, but also its own political obstacles. What’s more, both the general macroeconomic and political situations have enabled companies to benefit from a healthy rebound in local demand dynamics, as well as relatively high commodity prices.

Despite Brazil’s still-unsolved political situation, fundamentals in the region are sound from a macro perspective and also from the point of view of individual companies. In spite of the trade war threats we have witnessed throughout this year, we believe assets in the region should benefit from a calmer global scenario next year.